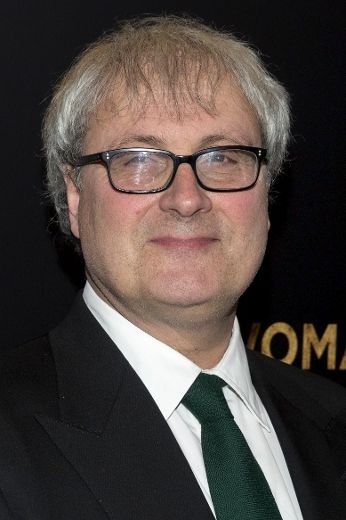 A few years ago, with permission from the local authorities, British director Simon Curtis (My Week with Marilyn) had swastikas put up on the Vienna town hall – 70-plus years after the same event occurred for real in front of cheering spectators.

If the sight disturbed anybody, “they weren’t telling me,” says Curtis. “We had phenomenal support from the Viennese.”

Which is ironic in the context of his new movie, Woman in Gold. The movie tells the story of Maria Altmann (Helen Mirren), a debutante in a wealthy Jewish family, who had to flee with her husband, leaving her doomed family to the Nazis’ tender mercies when Hitler was welcomed into Austria in 1938.

After settling for a life of modest means in Los Angeles, she became aware that Woman in Gold, a painting by Gustav Klimt that her uncle had commissioned of her beloved aunt Adele, was now considered an Austrian national treasure. The piece, stolen by the Nazis along with all the rest of their family possessions, was stripped of even her aunt’s name.

It was also now worth more than $100 million.

Altmann and her lawyer Randol Schoenberg (played in the movie by Ryan Reynolds) discovered a far less co-operative Austrian government – one that refused any settlement that required an apology. Altmann’s fight to regain the painting (and four others) would begin in the ‘90s and end successfully in 2006 with the largest-ever single return of Nazi-looted art.

“The Jewish community – who considered themselves more Austrian than Jewish – were completely abandoned when the Nazis came in,” says Curtis. “They had to see the streets lined with their fellow Viennese throwing flowers at the Nazi vehicles. It was a terrible day.”

Curtis’ involvement in the story came, “when I saw the (2007) documentary Stealing Klimt, and I thought, ‘There’s a movie in this.’

“Of course that happens a lot. Everything I do, there’s a film in it. Meeting somebody, reading something in the paper, whatever. Usually it’s forgotten. In this case, I took the idea to BBC films and The Weinstein Company, with whom I made My Week with Marilyn,” he recalls. Besides being acclaimed in its own right, My Week with Marilyn also introduced the world to an Oscar-bound kid named Eddie Redmayne. So Curtis had cred.

“Happily, everyone shared my enthusiasm for the story.”

Altmann died in 2011 at age 95, shortly after Curtis began pre-production. They never had a chance to meet. But Schoenberg (the grandson of the Austrian composer Arnold Schoenberg) agreeably signed on as a creative consultant.

“Randy completely supported the film. He especially liked the fact that 2012’s Sexiest Man Alive was playing him,” Curtis says. “He never claimed to be a filmmaker, but Randy telling us stories and giving us tips, you know, that always helps.”

And then there were seven hours of depositions by Maria Altmann that Curtis and Mirren got to painstakingly study in their portrait of the unstoppable daughter of Vienna.

“We were deluged with such material. And Helen was very intent on doing justice to Maria, so that was important.”

From Dame Judi Dench in My Week with Marilyn to Dame Helen Mirren in The Woman in Gold, Curtis jokes, “I’m a dame expert now, I suppose. They didn’t get where they were today without being brilliant. But they are as different from each other as you can imagine.

“What’s especially nice, though, is to see a woman of that age – and by that, I mean the character – driving a film. We don’t see that too often.”