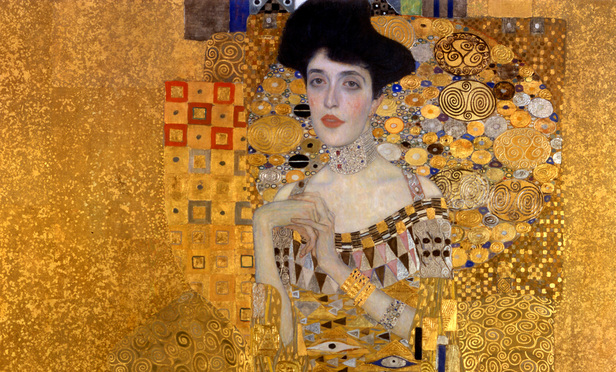 One evening in March, almost exactly seven years ago, Steven Thomas of Irell & Manella went to dinner at Hotel Bel-Air, a Los Angeles hotel that bills itself as the place “where the rich and famous go to hide.”

Thomas, head of Irell’s art law practice, was with the top executives of one of the world’s most famous auction houses and his client, Maria Altmann. The topic of conversation was five paintings by Gustav Klimt that Altmann and four of her relatives had just inherited after an eight-year legal battle with the Republic of Austria.

Unbeknownst to the executives, the most famous of the paintings—an intricately patterned gold portrait of Altmann’s aunt, “Adele Bloch-Bauer I”—was at the time en route from Vienna in a special cargo plane equipped with climate controls and shock absorbers, among other protective accoutrements. Thomas was getting regular updates from a customs broker about the whereabouts of the plane.

“At one point, I leaned over to Maria, and I said, ‘It’s going to land in 30 minutes,’” he recalls. “She had just a wonderful smile. It was such a precious moment for her.”

Thomas left the dinner, without telling the executives where he was going, to meet the painting at the airport and escort it to the Los Angeles County Museum of Art, where it would stay on exhibit until the heirs decided what to do with it. Thomas would go on to broker the sale of the portrait, which reportedly fetched $135 million—the highest price of any work of art at the time.

“I was terrified,” Thomas tells The Am Law Daily. “It was a very heavy responsibility that I took on. I was honored to do it. I knew everybody in the art world was going to be watching what was going to happen to the gold portrait in particular.”

The story of how the heirs recovered the painting from the Nazis who had stolen it during World War II will be chronicled in the film “Woman in Gold,” starring Helen Mirren, to be released Wednesday. The family was represented by E. Randol Schoenberg, a Fried, Frank, Harris, Shriver & Jacobson associate who went solo as the case went to trial, eventually making its way to the U.S. Supreme Court before the heirs prevailed over the republic of Austria in arbitration in 2006.

But the story did not end there. The family members, who were scattered throughout the United States and Canada, were not in the position to keep the paintings, so they turned to Thomas to negotiate their sale in the unregulated, secretive and often perplexing art market.

Thomas, who’s made his career representing private collectors when they’re buying, selling, loaning or donating high end art and collectables, had been following the case since it first went to trial in 2000.

“Way back when the first case was heard here in [Los Angeles], which was where they filed, it was clear to me that it was a case that certainly had the potential to be a very significant case in restitution in the art world,” Thomas says.

An adjunct professor at the University of California, Los Angeles School of Law, Thomas invited Schoenberg to speak to his class, and the two formed a relationship. Thomas offered Schoenberg advice and attended the Supreme Court argument in 2004, then offered his services once it was clear that the heirs would come into possession of the paintings.

“I often joke it was the smartest move I made, stepping aside and letting the family hire Steve to handle the transactional side,” says Schoenberg, who was just seven years out of law school when the case began and now works at Burris, Schoenberg & Walden in Los Angeles. “I didn’t need to press my luck and pretend to be a transactional lawyer.”

After interviewing with each of the heirs, Thomas was retained in early 2006 and immediately faced the tasks of getting the paintings out of Vienna, negotiating the loan to the Los Angeles County Museum of Art, setting up insurance and eventually selling the works, whose price was anyone’s guess at that time.

First, sometime in early 2006, the paintings were taken off the walls of the Österreichische Galerie Belvedere in Vienna and fakes put in their place after officials received threats that the originals would be destroyed. The following month, after the Austrian government signed the papers to transfer ownership, the paintings were shipped out in the middle of the night to three separate airports in Europe.

According to Thomas, only two cargo planes in the world would fit the largest of the five paintings—a second portrait of Adele Bloch-Bauer. He reserved one of the planes.

Though Thomas was supposed to be able to track the progress of the three trucks transporting the paintings to separate airports online, the system for doing so did not work. The large cargo plane had unexpected issues that needed repair, which held up the transfer for two days while the painting was kept under intense security in a warehouse in Liechtenstein, Thomas says.

All the while, collectors, investors, museums and auction houses were making the family, Schoenberg and, eventually, Thomas offers on the works. LACMA had agreed to show the paintings for several months, but at the time, the museum had no director, and the insurance arrangement came close to falling through, Thomas recalls. The paintings eventually made it to LACMA, with insurance, and from then on, Thomas says, he rarely let them out of his sight.

As for their sale, Thomas says there were between seven and 10 serious offers, including a Chinese group, a Russian group and American collectors. Both Christie’s and Sotheby’s wanted to act as middlemen in the sale.

“Most of my clients negotiate their own deals, at least the business terms, and come to me and say, ‘Now make it happen,’” Thomas says. In this case, the five heirs gave him parameters and then “stepped back and said, ‘You do it.’”

Ronald Lauder, the cosmetics executive, art collector and honorary chairman of the Museum of Modern Art in New York, put his name in the hat early on for the gold portrait, Thomas says.

“He said, ‘I want to meet you because I don’t want you to do anything without talking to me first,’” Thomas says.

Lauder, who also founded the Neue Galerie, a museum in New York for German and Austrian art, made two offers on the painting, both of which were rejected because they did not meet the terms of the heirs, who wanted the portrait to be viewable by the public and, if it went to an institution, for it to be included in the permanent collection, among other provisions.

“He’s a smart guy,” Thomas says of Lauder. “He was testing the waters on price.”

The third offer, which specified that the painting would become part of the permanent collection at the Neue Galerie, was accepted. The New York Times reported that the painting sold for $135 million, a figure that Thomas neither confirmed nor disputed.

Schoenberg simply says it’s safe to say the painting was the most expensive in the world. Until that point, the highest price paid had been for “Boy With a Pipe,” by Pablo Picasso, which sold for $104.2 million two years earlier, according to Art News.

Thomas does say that Lauder’s offer was not the highest bid and that the value of the work is greater than what it was sold for. The heirs agreed to gift part of the work to the Neue Galerie and, according to Thomas, they have all visited it there.

The other four works by Klimt sold at Christie’s for $31.4 million, $33 million, $40.3 million and $87.9 million, according to Art News. The terms of the arrangement with Christie’s were also negotiated by Thomas, who was retained by the heirs until they received the payments.

The gold portrait is still in the Neue Galerie and will be the centerpiece of a show, opening April 2, about the relationship between Klimt and Bloch-Bauer, a subject about which there has been much speculation. The show coincides with the Weinstein Company’s release of “Woman in Gold” on April 1, in which Mirren plays Altmann and Ryan Reynolds plays Schoenberg.

“Having a film made about this amazing case is icing on the cake,” says Schoenberg, who is pleased with how the movie came out.

Though Thomas doesn’t have a role in the film, his work was invaluable, Schoenberg says, noting that the art lawyer agreed to a reasonable hourly rate, rather than a percentage of the sale.

“Considering what he was doing, which was selling over $300 million worth of paintings, it was cheap,” Schoenberg says of Thomas. “He didn’t think it was right to take advantage of the situation. He wanted to work on this because it was an important case.”