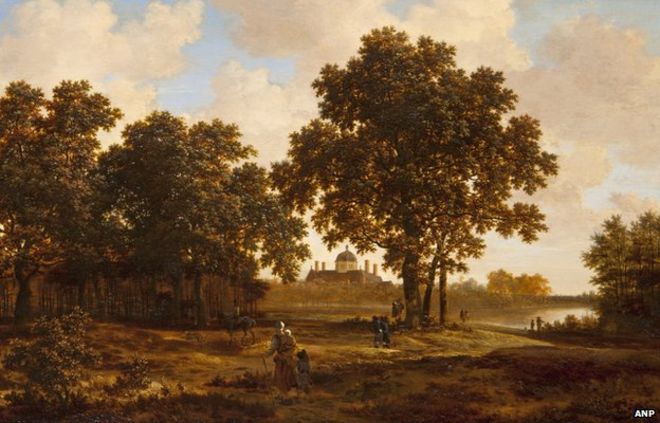 The Dutch royal family has said it will return a painting from its collection thought to have been looted by the Nazis during World War Two.

The painting, by Joris van der Haagen, had been bought by Queen Juliana from a Dutch art dealer in 1960.

The palace said an investigation looked at tens of thousands of art works in the House of Orange's collection.

Officials have contacted the heirs of the original owner, who was not named, to arrange its return.

"A Jewish collector was forced in 1942 to hand over the painting Haagse Bos with view over Huis Ten Bosch Palace by Joris van der Haagen to the (Nazi) bank Lippmann, Rosenthal & Co in Amsterdam," said the report, which was commissioned by the palace in 2012.

It said after the war and the Nazi occupation of the Netherlands "the painting ended up with a Dutch art dealer where queen Juliana bought it in 1960 without knowing about its history."

No further details were given, due to privacy concerns.

The inquiry ruled that another painting in the collection, Landscape with St Hubert, whose provenance had been questioned, was not stolen.