Helen Mirren’s new film sees her playing Maria Altmann, a Jewish refugee who took on the Austrian government in the fight for a Klimt painting that was looted from her family 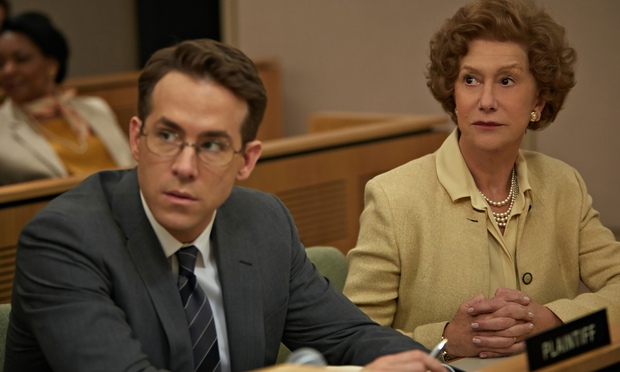 On the eve of the release of a film starring Dame Helen Mirren as the Jewish refugee who won a historic battle with the Austrian government over the ownership of a great painting, an expert at Christie’s has spoken of a force that is changing the shape of the international art market: the new understanding of the huge scale of wartime art thefts.

The number of legal claims against Austrian and German art galleries and museums has been rising every year, according to Monica Dugot, the global director of restitution at the auction house, and that was set to continue, despite the advanced age of many Jewish survivors. “While it was the first generation that remember most, many of the victims did not choose to follow up their ownership cases. Those who lost family members were not focused on the recovery of tangible property. It is often the next generation who really try to reconstruct what happened,” Dugot told the Observer.

“It can be very difficult then to speak to relatives who are still alive and awaken extraordinarily painful memories. But the second or third generation want to pursue art claims, as opposed to other financial assets, because it gives them a key to the taste of their grandparents and a glimpse of how their lives were before the Nazis.”

In Woman in Gold, Mirren plays the part of US citizen Maria Altmann, niece of the muse of Viennese painter Gustav Klimt. Her aunt, Adele Bloch-Bauer, had been the striking model for the artist’s celebrated 1907 painting, Portrait of Adele Bloch-Bauer I, a work that once hung in her childhood home. Seized by a Nazi collector just before the outbreak of the second world war, the painting was for many years the proud possession of the national Belvedere gallery in Vienna. But in 2006, after Altmann won her long case by demonstrating her right to her dead family’s art collection, the Klimt was sold for £73m, making headlines around the world. It remains one of the 10 most expensive paintings ever sold. Altmann, who died four years ago at 94, donated much of the money to arts institutions and Holocaust survivors’ groups.

“It was justice,” Mirren said last week. “The Austrian government didn’t want to give them back.”

The villains of the new film are not just Hitler’s Gestapo, but modern-day Austrian officials. Instructed by the state to hang on to the Klimt, Viennese lawyers fought tooth and nail to show that Altmann had no legal claim. 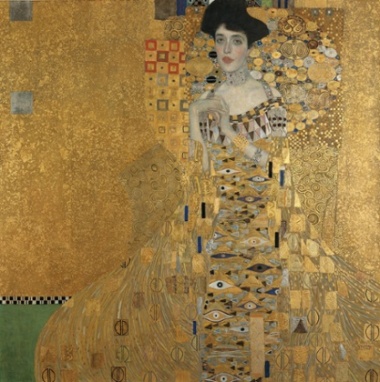 Woman in Gold is released in cinemas next month, but at its premiere in Berlin the Austrian reviewers were generous about its portrayal of a national reluctance to face the art crimes of the past, according to playwright Alexi Kaye Campbell, who wrote the screenplay. “The Austrian response is a delicate business. The case was an early case and a lot of the Austrian officials stuck their heads in the sand at that point. Of course, the Austrians did the right thing in the end. But there are hundreds of cases out there that are still unsolved. We are only beginning to realise that this was the most gigantic theft, aside from the terrible human loss involved.”

A critic at the German newspaper Der Spiegel seized on the moment in the film when an Austrian investigative journalist, played by German star Daniel Brühl, tries to explain his desire to help Altmann as “a special kind of patriotism”.

“These sort of questions shine shyly through the action of the film all the way through,” the critic wrote. “What is it worth battling for in court? And do national identities play a part in that?”

When Kaye Campbell was offered the screenwriting job, he told the producers he could not go ahead until he had met E Randol Schoenberg, the US lawyer (played in the film by Ryan Reynolds) who gave up his job to help the octogenarian Altmann pursue her case.

“I felt it was mostly the story of Maria and Randy and, when I met him, I realised that at the heart of the story was a world that had been decimated. Randy himself is the grandson of Jewish Viennese composer Arnold Schoenberg, so it is a story about that lost artistic community and not a story about the value of a work of art, although in this case it did happen to be worth millions because Maria’s uncle had been Klimt’s patron.”

The film’s British director, Simon Curtis, who had success with My Week with Marilyn, believes the story also has an important message for Europe today. “There was a particular emotional connection in this case because it was a family portrait,” he said. “Its strength is the link it makes between the past and the near present-day world. It has something to say about the resurgence of antisemitism we are seeing across Europe, although we didn’t realise it as we were making it.”

At Christie’s, Dugot puts the growing number of restitution cases partly down to new books about stolen art, but also to films and news reports about successful claims. But there was no set formula for a claim, she stressed. “It is always a difficult process, but you are really looking at each case on its own, and even each painting. The looting of art can mean different things, from the Gestapo taking it off the walls, as in the film, or a sale carried out under duress, which can mean a much more difficult case. A lot depends on where the painting is currently held. It takes quite a lot of courage to go ahead.”

Christies, Dugot said, was now continually educating staff and clients on the handling of restitution claims. “It is important we are as transparent as possible,” she said.

For the film’s British producer, David Thompson, Woman in Gold stands for a bigger story than the complexities of the ownership of art. “It is powerful because it is not just a film about someone getting their painting back; it is a means of unlocking everything that happened to those families.”

Next week the Neue Galerie in New York will open a new exhibition, Gustav Klimt and Adele Bloch-Bauer: The Woman in Gold, celebrating the story and the work of one of the most important artists of fin-de-siècle Vienna.

Woman in Gold opens on 10 April

■ In November Christie’s auctioned a 1910 Egon Schiele watercolour, Town on the Blue River, in conjunction with a looted art restitution agreement that compensated its former owner’s heirs.

■ Works by Chagall, Monet and Picasso were found in the home of the Munich recluse Cornelius Gurlitt on his death in 2012. The room’s contents were confiscated by Bavarian authorities and some works have gone to the Kunstmuseum in Berne, Switzerland.

■ El Greco’s Portrait of a Gentleman was seized by the Gestapo in Vienna in 1944. It has been returned to the heirs of Julius Priester, an industrialist who fled Vienna for Mexico on the eve of war.