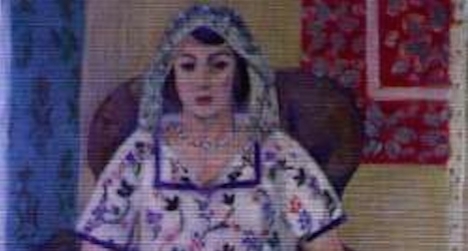 A lawyer representing a Jewish family trying to retrieve a long-lost Matisse painting looted by the Nazis said on Tuesday that a deal had been signed with the German government for its restitution.

London-based attorney Christopher Marinello, who works for the Rosenberg family, said that the order inked by German Culture Minister Monika Grütters had now paved the way for the 1921 masterpiece "Seated Woman" to be handed back.

"I can confirm that an agreement has been signed for restitution of the Rosenberg Matisse," he told AFP in an email, following a report in German daily Frankfurter Allgemeine Zeitung to be published Wednesday.

"The signed agreement must now be 'approved' by the probate court before a date can be set for the painting's return. I expect this to be a pro forma exercise and anticipate a visit to Munich very shortly" to reclaim the painting, he added.

Grüters' office could not immediately be reached for comment.

The breakthrough in the case came after a Swiss museum agreed in November to accept the controversial inheritance of Cornelius Gurlitt, son of a Nazi-era art dealer.

Gurlitt, who died in May last year, left behind a spectacular stash of art in his cluttered flat in the southern German city of Munich.

The artworks were acquired by his powerful father Hildebrand who was tasked by the Nazis with selling artwork stolen from Jewish families in the 1930s and 1940s.

A German government-appointed panel determined in June that the Matisse, whose worth has been estimated at $20 million, was "Nazi loot" stolen from Paris art collector Paul Rosenberg.

Grütters pledged in November that three such works including the Matisse would be returned "without delay" to the rightful heirs.

The Museum of Fine Arts in Bern, Switzerland, agreed as part of an accord with the German government over the Gurlitt inheritance that it would restitute any works found to have been stolen by the Nazis.