One of Gustav Klimt's most famous paintings should not be returned to the heirs of its original Jewish owners, an Austrian panel has ruled.

The Beethoven Frieze was looted by the Nazis but returned to the family of Jewish industrialist August Lederer after World War Two.

But it was subject to an export ban.

The heirs had argued this forced Lederer's son Erich to sell the work at a cut-rate price. The museum where it is now on display disputed this claim.

Announcing the decision on Friday, Clemens Jabloner, head of the Austrian Art Restitution Advisory Board, said: "It is not the case that the export procedure was used as a tool to force Lederer into an agreement."

The Beethoven Frieze is one of Gustav Klimt's most celebrated and monumental works of art.

Based on Richard Wagner's interpretation of Beethoven's Ninth Symphony, it marks the beginning of the artist's "golden period".

Klimt painted it directly on to the walls of Vienna's Art Nouveau Secession gallery in 1902 as part of an exhibition.

Originally the painting, which stretches over three walls, was intended as a temporary work of art, which was to be destroyed at the end of the 1902 exhibition.

But instead it has had a long and dramatic history.

In 1915 it was sold to a Jewish industrialist, August Lederer.

In 1938, much of Mr Lederer's art collection, including the frieze, was seized by the Nazis. 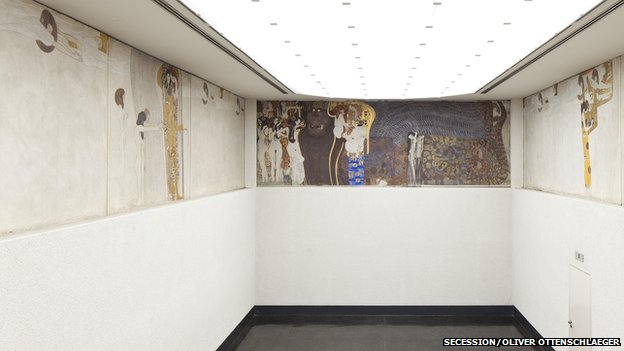 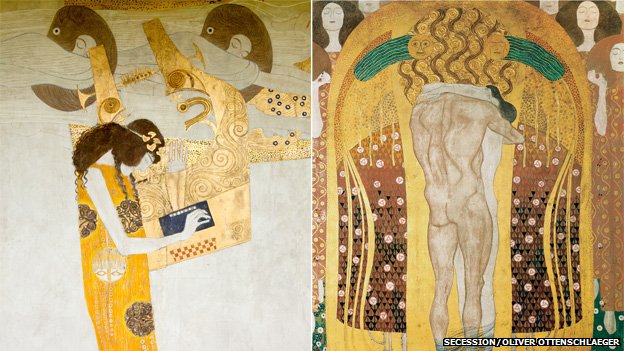 After the war the frieze was returned to August Lederer's son, Erich, who was living in Switzerland - but there was a catch. It was subject to an export ban and Erich wasn't allowed to take it out of Austria.

The heirs of the Lederers argue that as a result of the export ban, Erich Lederer was forced to sell the work to the Austrian state at a cut-rate price in 1972.

In 2013 two groups of Lederer heirs filed a claim for the return of the frieze, after Austria amended its restitution law to apply to property that was sold at a discount because of export bans.

But the Secession museum, where the frieze has been displayed since 1986, said Mr Lederer voluntarily negotiated the price of $750,000 (£490,000; €680,000) and argued that the Austrian government paid for the frieze's restoration.

Its president, Herwig Kempinger, welcomed the panel's decision on Friday, saying: "Leaving the Frieze in its current place maintains the art-historical connection between building and work.

"The Secession is the most appropriate location for the presentation of this important work of Viennese art nouveau."

The recommendation comes amid recent efforts in Austria to return property looted during the Third Reich.

"Austria has a very difficult history because so much property was taken away," said Marianne Enigl, a journalist from Profil magazine specialising in Nazi-era restitution. 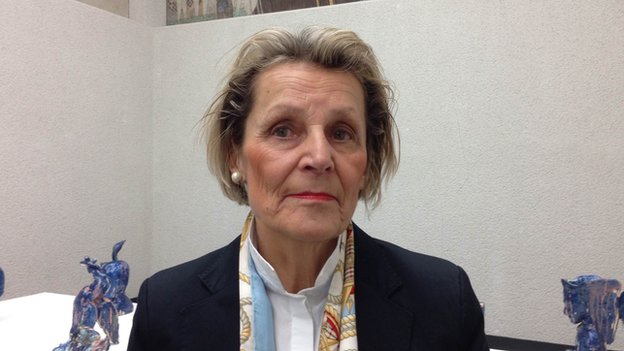 "But in the 1990s, Austria made a new effort. It has a law, which no other country has, looking for all the looted objects and works of art in its museums.

"Since then, 50,000 objects, including major works, have been given back."

Speaking to the BBC, the head of the advisory panel denied its decision would damage Austria's reputation when it came to returning looted art.

"Restitution of art plays an important role because... there were very important collectors of art so Austria has a lot to do," Mr Jabloner said.