The Dutch Stedelijk Museum Questions Origins of Some of Its Art

Amsterdam’s Stedelijk Museum features an exhibition that makes no secret of its doubts about the provenance of works by Klee, Matisse and Kandinsky 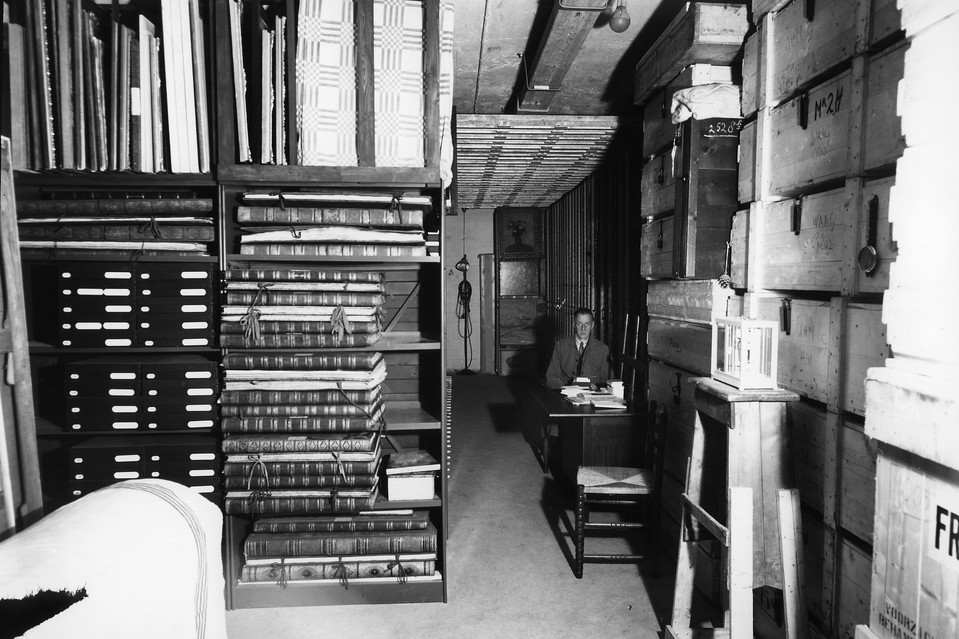 A museum rarely publicizes its doubts about rights to works in its collection—but that’s what Amsterdam’s Stedelijk Museum is doing in an exhibition that opens Friday.

“The Stedelijk Museum in the Second World War” recounts the daring ways in which the museum’s employees fought Nazi censors after Germany conquered the Netherlands in May 1940. But the show also features 16 works in the permanent collection by artists including Paul Klee, Wassily Kandinsky and Henri Matisse that the museum says it might not rightfully own.

“We want to solve these mystery cases,” says Margriet Schavemaker, the Stedelijk’s head of research. Ms. Schavemaker and co-curators Margreeth Soeting and Gregor Langfeld decided to publicize the works with unclear provenance after the Stedelijk and 161 other Dutch museums completed a government-mandated project in 2013 to ferret out art acquired during the Nazi occupation with unclear provenance and subsequently digitize records in Dutch and English.

The exhibit comes as Nazi-related ownership issues continue to make news. Earlier this week, two Jewish claimants to medieval relics sued the German government and the government museum consortium that owns the artifacts. The plaintiffs say German officials aren’t following through on promises to help return works lost in the Nazi period to their rightful owners.

In contrast to Germany and Austria, where wartime museum directors often acquired works looted from Jews, experts believe many artworks still in the Stedelijk were temporarily “donated” for safekeeping.

The Stedelijk is displaying facsimiles of provenance records for the 16 works that are also available online, hoping visitors spot names or clues that will help trace the origin of the art. Stedelijk’s wartime director, Willem Sandberg, may have helped squirrel away many of these works. He was a curator of avant-garde art who refused to let the Nazis deter his goal of turning the Stedelijk into the European version of Manhattan’s Museum of Modern Art.

After seeing the cultural devastation the Spanish Civil War caused during a visit to Spain in 1938, Sandberg constructed a bunker in the dunes of Castricum, a seaside Dutch town where he invited Dutch museums and private collectors to secretly store precious art during the war. That included Rembrandt ’s “Night Watch,” rolled up like a common poster.

Using wartime film footage and photographs, many never before displayed, Ms. Schavemaker’s exhibition homes in on the wartime role of the Stedelijk in surreptitiously furthering the careers of artists who refused to cooperate with the Nazis.

Under Nazi supervision, the Stedelijk was ordered to submit exhibition proposals in line with Hitler’s artistic ideology, but the museum created clever campaigns to subvert its own shows. Its 1942 show “Town and Country” was proposed as a show promoting the German idea of urban renewal, but covertly promoted many artists, including Jewish ones, who hadn’t registered with the Nazi-run Chamber of Culture.

Ultimately, Sandberg drew the Nazis’ fury after helping plan an attack on one of their official buildings. His resistance compatriots were shot. He went into hiding and resumed the directorship of the museum for many years after the war, dying in 1984.

The Stedelijk’s new director, German curator Beatrix Ruf, says she can understand that German museums may worry that publishing their provenance records could make them feel like “they’re opening a can of worms.” Creating a digital record of the collection, she adds, is crucial. “It’s key for a modern museum to work with its past. Your past is your identity,” says Ms. Ruf.