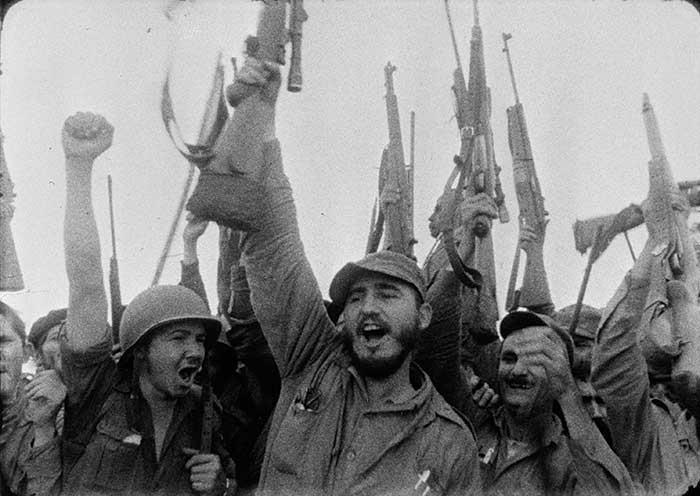 With the recent loosening of US restrictions on trade with Cuba, prisoner exchanges and the promise of warmer relations to come, the two countries are closer than they have been for 50 years. But for those Cuban exiles in the US whose art was seized by the Cuban authorities in the 1960s, restitution of their property is still no closer. Cuba continues to reject the charge that the art in question was stolen, and has no mechanism for its return.

The latest case involves a Cuban-born neurosurgeon who lives in Jacksonville, Florida. Javier Garcia-Bengochea is claiming Francesco Guardi’s View of the Lagoon between the Fondamenta Nuove and Murano, 1757, from the National Museum of Fine Arts in Havana. Garcia-Bengochea says that one of his relatives bought the painting at Parke-Bernet in New York for $1,000 in 1957 and then took it to Cuba. Garcia-Bengochea’s family supported Fidel Castro in the early 1950s, hoping that the rebels might staunch the era’s flagrant corruption, but that support soured once the insurgency prevailed and nationalisations followed. Garcia-Bengochea’s parents and other relatives decamped to Florida. The picture was seized from a relative’s house in Cuba and ended up in the Havana museum, where Garcia-Bengochea saw it a few years ago. He tried in vain to show documents detailing the 1957 purchase to staff at the museum.

“In most of the articles you read about missing art in Cuba, the question is—where is the piece? That’s not my issue. I know where it is, I just can’t get to it. There’s no method of my claimed ownership being adjudicated,” Garcia-Bengochea says.

“At least it’s in a museum, and not in some official’s house,” says Alberto Bustamante, a retired doctor and book collector in Orlando, Florida, who traced the seizure and sale of art from private Cuban collections in his book The Pillage of Cuban Patrimony, 2012.

Bustamante and others predict that rising international demand for Cuban art could induce cash-poor officials to sell confiscated art to visitors with dollars. The sale of nationalised art abroad began almost immediately after the first seizures. After 1959, Cuban rebels stripped official buildings of art, books and architectural decorations, and the homes of those who fled the country were also emptied. Much of the seized material was immediately sold abroad; other items were placed in museums. Some are still piled up in warehouses in Havana.

Sources say that from the 1960s to the 1980s, staff in Havana museums often sold objects under the counter to diplomats and wealthy visitors. Some badly paid curators survived on that trade. Enterprising Cubans still live on it today.

The market for Cuban art is booming; 20th-century Modernists such as Wifredo Lam, Amelia Peláez and René Portocarrero are particularly popular. Works by these artists once filled homes in Cuba that were pillaged in the 1960s. The Miami-based dealer Ramon Cernuda believes that a boom in US tourism to Cuba could also be a windfall for 20th-century Cuban Modernism. “US collectors who go to Cuba are finding out that you can buy these artists for very little money, compared with the prices for other top 20th-century artists,” he says.

“Our sales have doubled in the past couple of months,” says Cernuda, who is described by some exiles as a “collaborationist” for selling art from Cuba. Those exiles were traditionally Cernuda’s best customers, but now, “70% of our sales are to non-Cuban Americans”, he says. As the market rises, pieces that once disappeared could resurface, and specialists warn that the issue of restitution must be faced head-on. “People aren’t going to feel comfortable buying [art] if they think that somebody’s going to come down the line and take it away from them,” says Mari-Claudia Jiménez, a Cuban-American lawyer specialising in art recovery at the firm Herrick Feinstein in New York.

Pressure in the US from the influential Fanjul sugar dynasty and others led to stiff penalties on anyone selling art that had been confiscated in Cuba. Under the Helms-Burton Act of 1996, the families of traffickers in stolen Cuban art could be denied entry to the US. In response, both Sotheby’s and Christie’s barred consignments of objects if the names of pre-Revolution owners or known dealers in seized Cuban art came up. The stringent law has driven much of that trade underground.

One of the problems faced by those seeking the return of their property is that there are few records documenting the nationalisations and the subsequent sales of works abroad. Nevertheless, “there are people who are still alive who remember the paintings on the walls of their houses, and who have pictures of them”, Jiménez says.

Another outstanding issue between Cuba and the US involves the claims made by US citizens for industrial, commercial and private property seized in Cuba after Castro came to power. According to some estimates, this property could be worth around $7bn. These claims now serve to block museum loans between the US and Cuba. The exhibition “Wifredo Lam: Imagining New Worlds” (14 February-24 May) at the High Museum, Atlanta, will show paintings and works on paper by the late Afro-Chinese-Cuban artist. The director and curator of the McMullen Museum at Boston College, the show’s initial venue, travelled to Havana to secure loans of works by Lam from the Museum of Fine Arts. The Havana museum agreed to send a group of pictures, but the loans were never made. The US State Department discouraged the Boston museum from applying for immunity from seizure for the pictures, citing Cuba’s status as a country that “supports international terrorism”. Even with immunity from seizure from the State Department, that stigma put the pictures at risk of being held to satisfy outstanding legal claims against US property seized by Cuba.

The US’s loss is Europe’s gain. Works by Lam from Havana are due to travel to a retrospective at the Centre Pompidou, Paris, in September.