The heirs call for the return of the so-called Welfenschatz, or Guelph Treasure - which they claim their ancestors sold under Nazi pressure 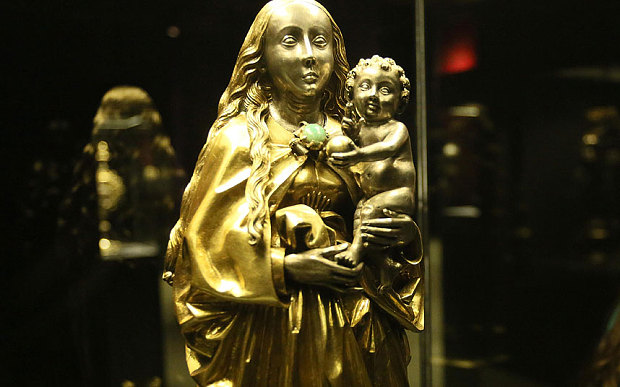 A Virgin Mother from the Cistercian abbey in Kaisheim, part of the Guelph Treasure

The heirs of Nazi-era Jewish art dealers said they filed a lawsuit in the US suing Germany and a German museum for the return of a medieval treasure trove worth an estimated $226 million (£146 million).

The suit, which lawyers said was filed late on Monday in the US District Court in Washington, DC, is the latest salvo in a long-running campaign by the heirs for return of the so-called Welfenschatz, or Guelph Treasure - which they claim their ancestors sold under Nazi pressure. 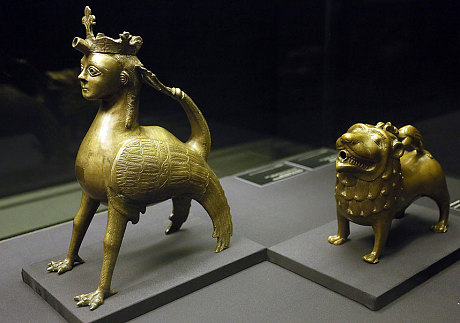 Originally collected over centuries by the Braunschweig Cathedral, the Welfenschatz includes some of the outstanding goldsmith works of the Middle Ages, among them ornate containers in the form of cathedrals used to store Christian relics. Many of the silver and gold pieces are decorated with jewels and pearls. Some are more than 800 years old.

Nicholas O’Donnell, the lawyer, told Associated Press in an interview in Berlin that the suit asks the Washington court to declare an American and a British descendant of a consortium that owned the collection in 1935 - when it was sold to the German state of Prussia - the rightful owners today.

“Any transaction in 1935, where the sellers on the one side were Jews and the buyer on the other side was the Nazi state itself is by definition a void transaction,” Mr O’Donnell said.

The organisation that oversees Berlin’s museums, the Prussian Cultural Heritage Foundation, said that the collectors were not forced to sell the pieces, arguing among other things that the collection was not even in Germany at the time of its sale.

Last year, a German government commission created to help resolve restitution claims evaluated both arguments and recommended that the collection stay in Germany. The commission wrote that after thoroughly investigating the sale process, it came to the conclusion that it was not a “forced sale due to persecution.”

The commission’s recommendations are not binding, but they are often accepted by parties in such disputes.

Stefanie Heinlein, spokesman for the foundation, said on Tuesday the recommendation strengthened its argument, and that no new facts have emerged since it was made.

“We see no grounds for new adjudication now,” she said.

But Mr O’Donnell called the recommendation “flawed,” and said that his clients decided to file suit in Washington because they feel “US federal courts are the best suited to sort out these ownership rights” based on the Foreign Sovereign Immunities Act.

The plaintiffs are identified in the suit as Alan Philipp from London and Gerald Stiebel from Santa Fe, New Mexico.

There have been other cases in which heirs of looted art have sued Germany or German government museums in US courts. Two recent cases involving looted art were dismissed by the courts on sovereign immunity grounds.

Complicating matters, the state of Berlin recently declared the collection a national cultural treasure, meaning the art pieces can no longer leave the country without the explicit permission of the country’s culture minister.

The Welfenschatz collection, originally 82 pieces, ended up in the hands of a consortium of Jewish art dealers from Frankfurt in 1929 when they purchased it from a Braunschweig duke. With the onset of the Great Depression, they were not able to resell all the relics as quickly and profitably as expected; in the early 1930s they still owned half of the collection.

After Adolf Hitler’s rise to power in 1933, the story becomes murky.

What is undisputed is that Jewish owners sold the remaining 42 pieces to the state of Prussia, which at the time was governed by senior Nazi Hermann Goering.

The lawyers for the heirs told the AP that the art dealers had to sell the treasure significantly below its actual value because they were under massive pressure, exposed daily to the terrors of the Nazi regime.

The foundation has maintained in the past that the price was fair. It noted that the collection was in Amsterdam at the time, though several of the owners still lived in Germany. The Germans did not invade the Netherlands until 1940 - five years after the sale.

The collection, which has been on display in Berlin since the early 1960s and is on show at the city’s Museum of Decorative Arts, is considered the largest collection of German church treasure in public hands.