Germany Is Sued in U.S. Court Over Medieval Treasure Acquired by Nazis 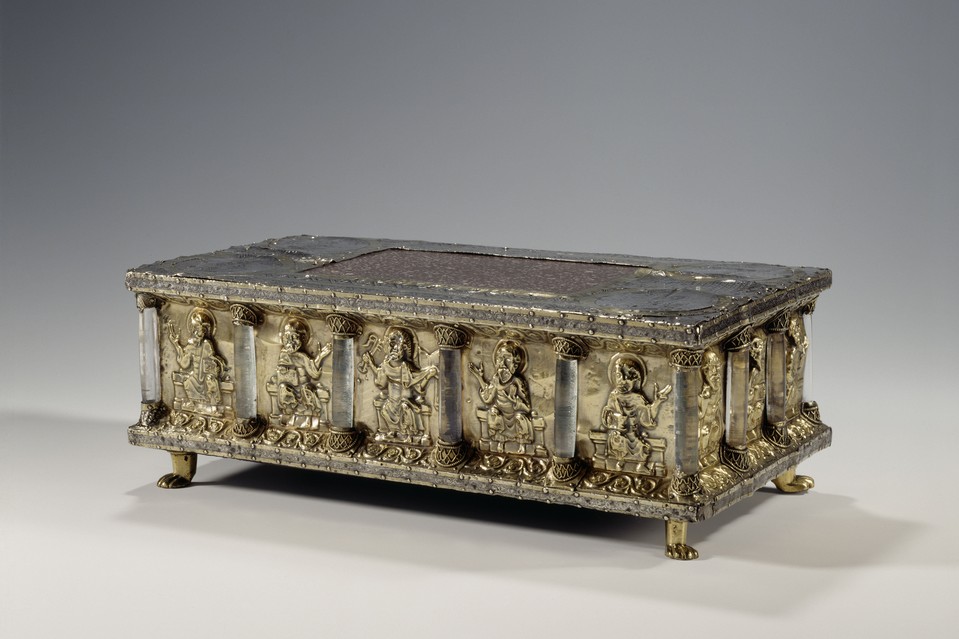 A piece in the Guelph treasure, considered by many art experts to be the world's finest collection of medieval artifacts. Heirs of Jewish art dealers who once owned the collection are suing the German government to have them returned. Photo: Prussian Cultural Heritage Foundation

BERLIN—A year after Germany pledged to bolster its efforts to return art stolen by the Nazis, Jewish claimants to medieval relics valued at millions of dollars say the government isn’t living up to its promise.

Two claimants to a collection of medieval Christian treasure filed a suit in the U.S. District Court in Washington on Monday against the German government and the government-controlled museum that owns the artifacts. They allege their ancestors sold the collection, known as the Guelph treasure, under duress in 1935 to the state of Prussia, then overseen by high-ranking Nazi Hermann Göring.

Officials at the museum, backed by a German commission, have said the sale was consensual and that a fair market price was paid, particularly given the widespread economic crisis at the time.

After years of efforts to negotiate the return of the collection, the suit is the latest sign of persisting conflict despite the German government’s pledge in early 2014 to make its artwork restitution procedures more transparent and efficient. Germany announced the changes after it emerged that Bavarian authorities had kept secret for nearly two years their discovery of a vast trove of works in the apartment of a former Nazi art dealer’s son.

Alan Philipp, a British citizen, and Gerald Stiebel, an American, first filed a restitution request for around 40 jewel-encrusted Christian relics owned by the government-controlled Prussian Cultural Heritage Foundation, or SPK, in 2008. The German state commission responsible for reviewing such requests, known as the Limbach commission, ruled in March 2014 that the 1935 sale was valid.

Although German law deems all sales of artwork by Jews between January 1933 and 1945 as made under duress, and therefore invalid, the Limbach commission invoked an exception for the Guelph treasure, arguing that the Prussian state had paid a fair-market price for the purchase. 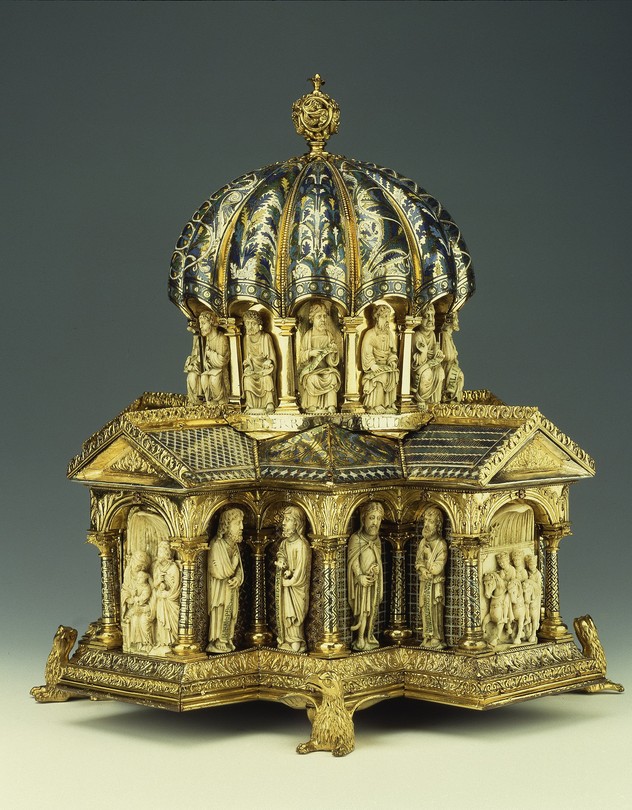 The Prussian state bought the 42 works in the Guelph treasure in 1935 for 4.25 million Reich marks, or roughly $1.7 million, much less than the 6 million Reich marks a consortium of Jewish dealers paid for them in 1929. Göring, who oversaw the acquisition, later gifted the treasure to Adolf Hitler.

Lawyers for the claimants, who contest the ruling, say the commission, named for its head, Jutta Limbach, 80, has become emblematic of the slow and opaque way Germany has handled similar ownership claims despite pledges to reform the system last year.

They say the commission, which issues only nonbinding rulings, lacks resources and power. It still can’t review cases unless both parties agree that it should and has recently stopped translating its rulings into English on its website. In the case of the Guelph treasure, the claimants also question the government-controlled commission’s independence in ruling in favor of a partly state-controlled museum.

U.S. courts tend to be seen as more friendly than their European counterparts to such art restitution claims, though a number of cases have been dismissed for lack of jurisdiction or other reasons, such as statute of limitations grounds. The claimants’ lawyer, Boston-based Nicholas O’Donnell of Sullivan & Worcester LLP, is invoking the Foreign Sovereign Immunities Act, which provides jurisdiction over foreign states that conduct business in the U.S. via exhibitions and other museum-related business.

Ms. Limbach and the commission have repeatedly declined interview requests, maintaining that secrecy is imperative to issuing rulings.

Reforming the commission was one of several changes pledged by Germany’s Culture Minister Monika Grütters following the disclosure that regional authorities had kept under wraps the discovery of the collection of Hitler’s main art dealer, Hildebrand Gurlitt, amid a tax investigation targeting Mr. Gurlitt’s son, Cornelius.

In the months after the disclosure, Berlin secured an agreement from Mr. Gurlitt to return all of the art in the trove determined to have been stolen. It also launched a process to amend German criminal laws so as to expedite art restitution, and announced the creation of a center to research the provenance of art in German museums.

Nearly a year later, though, art experts and lawyers for largely Jewish claimants to Nazi-confiscated art say little progress has been made on these fronts. “I don’t believe in the German policy,” said Inge van der Vlies, a member of the Netherlands’ restitution committee. “We thought [Gurlitt] would be a motivator. That’s clearly not the case.”

A bill submitted to Germany’s upper house of parliament in February 2014 by the Bavarian government to revoke the 30-year statute of limitations on claims to Nazi loot failed to find a majority and has now been sent back to a parliamentary committee for further deliberation.

Last month Ms. Grütters, the culture minister, opened the German Center for Lost Cultural Property, or DZK, with funding of €6 million ($6.8 million), triple the previous budget for researching the provenance of art that changed hands during and shortly after Hitler’s rule. 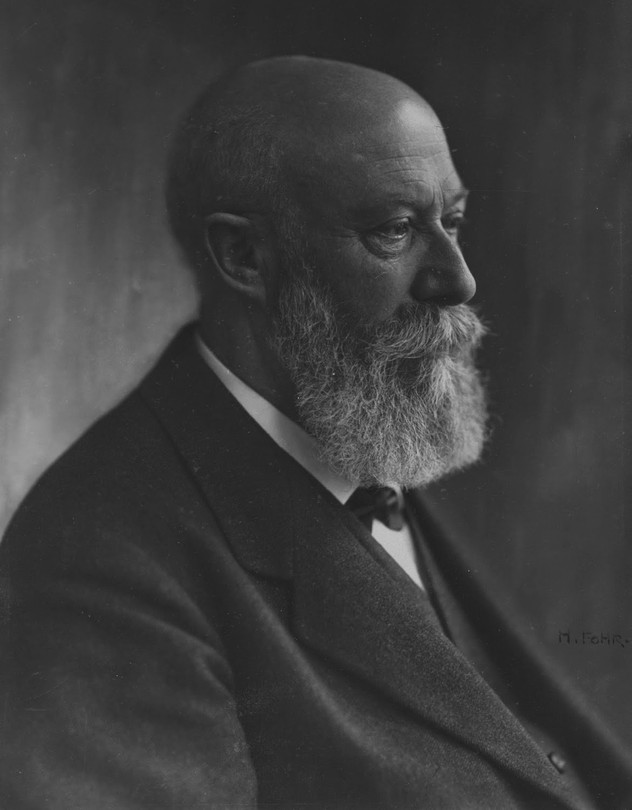 The DZK, funded by the federal governments and German states, is intended to provide advice to small, often underfunded museums who seek to comb their collections for looted works. It also aims to bring Germany’s myriad restitution programs under one roof and to digitize museum records—areas in which experts say Germany lags behind Austria, the Netherlands, the U.K. and the U.S.

But museums have been slow to cooperate with the DZK because of concerns about how digitizing their records could violate their privacy as institutions. Digitizing provenance records is a “very important process that we need to strongly work on,” but there are “data rights problems to consider,” DZK head Uwe Schneede said.

A spokesman for the Pinakothek, the consortium of museums that manage Bavaria’s art collections—much of it acquired during and shortly after the war—said it hasn’t requested funding or technical advice from the new center, because its museums can manage their own projects. The spokesperson said the Pinakothek will need until at least 2016 to start to digitize its collections.

Mr. Schneede said the DZK can’t compel museums, even those receiving funds from the federal or state governments, to research art collections and can only appeal to their sense of “moral duty.”

Nor can German museums be compelled to come before the Limbach commission. The Pinakothek last year refused to go before the commission regarding six paintings by Max Beckmann that the heirs of major dealer Alfred Flechtheim were seeking.

The commission has ruled on 10 cases since its creation in 2003. Austria’s equivalent committee has ruled on 300 cases since 1998. Mr. Schneede declined to name specific museums that had applied for the DKZ’s help.

“The decision what will be researched, what will be restituted, remains as before with the individual institutions,” says Hermann Parzinger, head of the SPK, the group that currently owns the Guelph treasure displayed in Berlin’s Bode Museum.

—Jennifer Smith
contributed to this article.