Dispute Over the Will Delays Gurlitt Acquisition by Kunstmuseum Bern 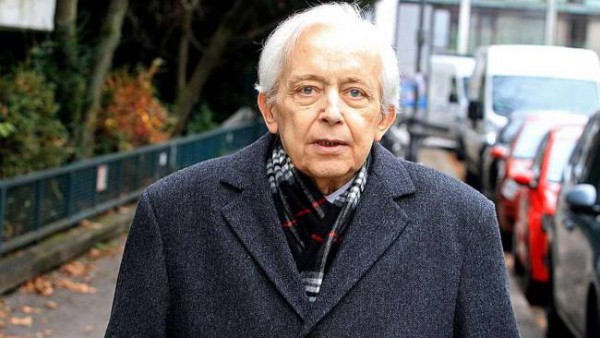 A dispute over the will of Cornelius Gurlitt is preventing Switzerland's Kunstmuseum Bern from finally taking possession of the collection, which includes works by Renoir, Cézanne, Monet, Manet, Gauguin and Pissarro. After months of deliberation, the Swiss museum officially announced in November that they would accept the controversial trove of over 1,300 Nazi-looted artworks that once belonged to the German art collector (see Kunstmuseum Bern Will Accept Gurlitt Art Trove and Ronald Lauder Warns of Lawsuit "Avalanche" Over Gurlitt Collection).

Despite the fact that Gurlitt very clearly left the trove of artworks amassed by his father to the museum in his will, Uta Werner, one of Gurlitt's cousins, filed a petition, under German law, hours before the museum's announcement calling the will into question and challenging the institution's right to inheritance. (See Gurlitt Was Unfit to Write Will, Cousins Claim).

Werner along with another cousin, Dietrich Gurlitt, have attempted to call into question their relative's mental state at the time by ordering a psychological evaluation on Gurlitt based on his final letters and documents, and it paints a picture of the late Gurlitt as vulnerable, paranoid, and schizophrenic. The evaluation also says that Gurlitt was convinced that a "national socialist network was following him in order to gain access to his art collection."

The museum has finally addressed the delay in a statement on Tuesday, the New York Times reports. The statement, which is published on the museum's site, reads in part:

"At its last meeting, the Board of Trustees of the Kunstmuseum Bern categorically resolved that it will establish a “Gurlitt" research body and defined its tasks and structure. However, this decision can only first be implemented when the pending application of Cornelius Gurlitt's cousin for a certificate of inheritance has been probated in Munich. The Board of Trustees regrets this delay, in particular because it will impede the settlement of restitution cases that have already been clarified and endorsed by the Kunstmuseum Bern, but the circumstances are beyond its control."

The statement refers to plans that have been made by the museum to return several of the works identified as stolen from Jewish families, including a Matisse, a Liebermann, and a Spitzweg, to their rightful heirs. The museum will also establish a research team, headed by Prof. Dr. Oskar Bätschmann, to help clarify the history of the other works once it is able to take possession of them. "The tasks of the research body will involve the speedy and systematic investigation of the Gurlitt Collection in its entirety as well as individual works of art, not least in the interests of the victims of the National Socialist system and their rightful heirs," the museum stated.

However, Christopher Marinello, director and founder of Art Recovery, who is representing the Rosenberg family, told artnet News via email: "An agreement has been signed between the family of Uta Werner and the Rosenberg heirs which represents an unconditional renunciation of any interest in the Rosenberg Matisse.   This agreement now removes any impediment to immediate restitution of this looted work and places the burden squarely on the Kunstmuseum Bern and the Bundesregierung to back up their words with action."

"The purpose of this Agreement is to counter the recent claim by the Kunstmuseum Bern that Uta Werner's challenge to the Gurlitt Will is causing procedural delays. The Kunstmuseum Bern, the German Probate Court, and  the German Ministry of Culture and Media have all publicly stated that Nazi-looted works of art contained in the Gurlitt hoard will be returned. To these assertions, we can now add Uta Werner and her family who consent to the restitution of the Rosenberg Matisse. We have had enough of the finger pointing in this case and with this universal consensus of heirs and potential heirs to the Gurlitt pictures, we expect an expeditious restitution over the next few weeks."