Catholic Church turns to court for ‘Madonna of Veveri’ 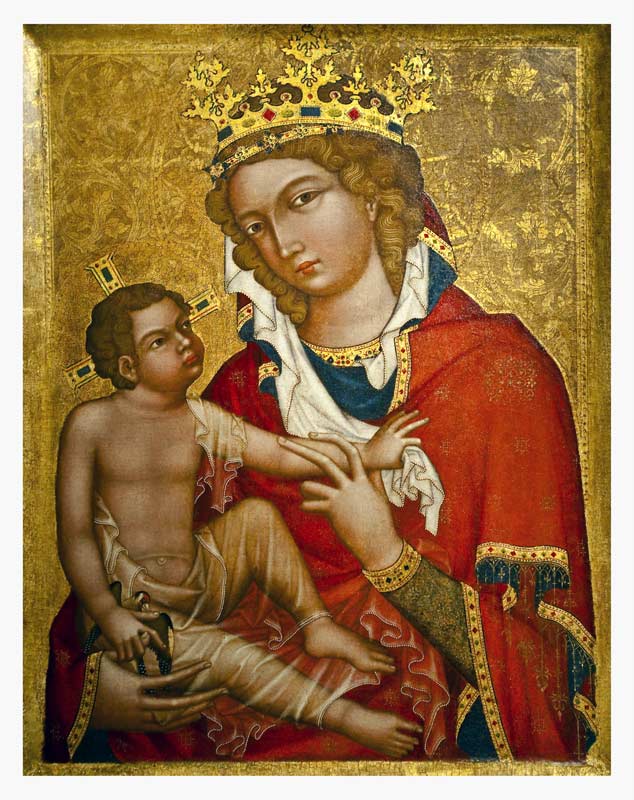 Brno/Prague, Feb. 16 (ČTK) — The Roman Catholic Church has turned to a Prague court over its claim that Madonna of Veveri, a rare Gothic painting, be returned to it by the National Gallery (NG) as part of the church property restitution, Brno Bishopric's spokeswoman Martina Jandlová told the Czech News Agency today.

In 2013, the Catholic parish in Veverská Bítýška, south Moravia, applied for the Madonna to be returned in accordance with the restitution law, under which 16 churches are be returned their property confiscated by the communist regime, as well as financial compensation for the property that cannot be returned.

However, the NG rejected the claim, saying that the church failed to unambiguously prove its former ownership of the painting. It said the state acquired the painting before the communist coup in February 1948, which is the church restitution deadline.

"The legal conditions for the return have not been met, and the NG has not handed the work of art over," NG spokeswoman Šárka Pleslová told the Czech News Agency today.

She said the unsuccessful claimant has the right to ask a court to assess the case.

"The NG is ready to respect a court decision," she added.

The NG has received about 40 applications for the return of works of art, most of which are not especially significant.

The most significant of them are the 14th-century cycle of paintings by the Master of Vyšší Brod and two paintings by Rubens, all of which the NG has returned to the church. Nevertheless, they remain on permanent display as part of the NG's old art collection in Prague.

The Catholic Church previously said if returned, the Madonna of Veveri would also remain on display in the NG. The church said it only wants its ownership to be clarified.

The Madonna of Veveri, from the first half of the 14th century, is ascribed to an artist close to the Master of Vyšší Brod. Until 1938, it decorated the interior of a church at the Veveri Castle, south Moravia.

Documents from the 1930s prove that the nearby Veverská Bítýška parish owned the painting. However, in connection with the political events at the time, the painting gradually went to the State Forests Directorate in the late 1930s, then to the Agriculture Ministry, and in 1958 it was acquired by the NG.