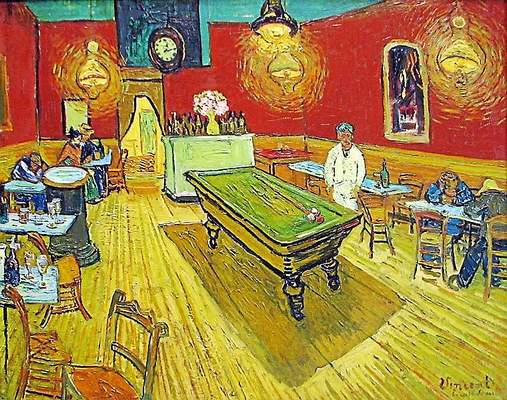 NEW HAVEN:  A man who claims to own Vincent Van Gogh’s “The Night Café,” which hangs in the Yale University Art Gallery, has appealed a federal judge’s ruling against him and seeks a trial over the painting’s ownership.

Pierre Konowaloff, who claims “The Night Café” was stolen from his family during the Russian revolution, filed the appeal Monday in the 2nd U.S. Circuit Court of Appeals in New York.

Yale sued Konowaloff in 2009 to block his rights to ownership of the 1888 painting after the man found out it was no longer in Russia. His claim was rejected by the federal court in Connecticut in March 2014. The painting has been displayed by Yale for about 50 years.

Konowaloff claimed his great-grandfather bought “The Night Café” in 1908 but that his property was nationalized during the Bolshevik revolution in 1918 and later sold.

However, Gerson said, that is “not a factor” in this case because Russia “cooperated with us in giving us information.”

Konowaloff claims that because of an illegal sale in 1933, “Yale stands in the shoes of an embezzler” because the actual alleged thief gave the painting to Yale.

The appeal alleges, “An American industrialist and collector, Stephen Clark, managed to acquire the Painting by a surreptitious scheme” involving art galleries in New York and Berlin, Germany. Soviet officials were allegedly paid off in the deal.

Gerson said Tuesday, “We need a trial in order to determine title.”

Yale’s attorney in the case, Jonathan Freiman, referred a request for comment to the Office of Public Affairs, which did not immediately respond.