Spoliation Advisory Panel to be reviewed 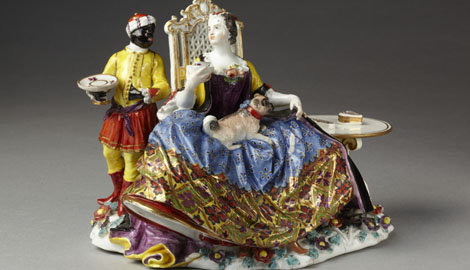 The Department for Culture, Media and Sport (DCMS) has commissioned one of the UK’s most senior barristers to undertake a short review into the Spoliation Advisory Panel.

The panel was established in 2000 to consider claims for the return of items looted during the Nazi period and now in museum or gallery collections.

“[The Spoliation Advisory Panel] has not been subject to a review since its creation and this forms part of the regular and ongoing government programme to review public bodies and ensure they continue to operate effectively,” a DCMS statement said.

Paul Jenkins, who was the head of the government legal service and permanent secretary at the Treasury solicitor’s department, will consider membership of the panel as part of his review, including the appointment process, and the skills and qualifications of members. The panel is currently appointed by the secretary of state.

The Spoliation panel, which examines legal and non-legal issues such as moral obligations on claimants and institutions, is an alternative to litigation but it cannot make legally binding rulings.

The review will look at the scope of claims, confidentiality and issues of jurisdiction. The Holocaust Act, evidence submission and reporting will also be considered.

Other areas subject to the review include working arrangements and external relationships; secretariat and the relationship with the DCMS; and funding and resourcing, including reimbursement and legal support.

The review will finish in February.

Recent cases ruled on by the Spoliation Advisory Panel include three Meissen figures, which London’s Victoria and Albert Museum was advised to return to the estate of the art collector Emma Budge, and a painted wooden tablet in the collection of the British Library.