The Nazis, the Cummer & The Art of the Steal

What happened after the Cummer discovered that one of its most treasured paintings had been stolen by the Nazis during WWII, and now the rightful owners wanted it back. 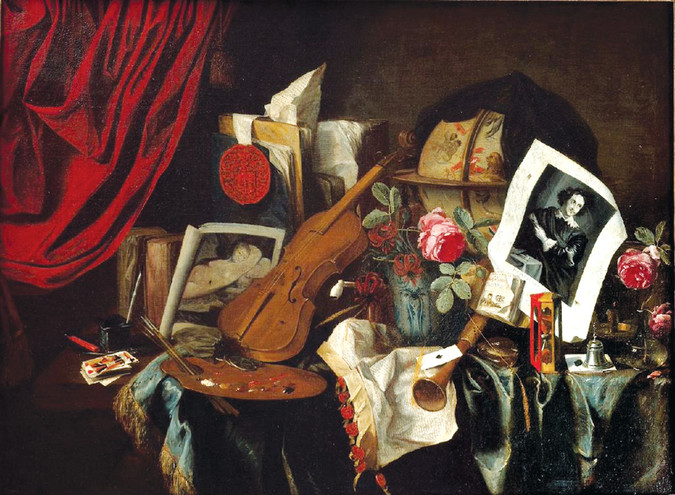 No one knows exactly what happened that spring night in May 1940, as the S.S. Bodegraven floated farther and farther away from the Dutch port of IJmuiden. Jacques Goudstikker climbed up to the deck to have a smoke, while his wife and infant son stayed below. Across the water, the renowned art dealer’s once-glamorous life was vanishing into the darkness, a life of castles and parties, of Van Goghs and the Old Masters.

But the Nazis had come, and The Netherlands was no longer safe for a Jew.

Some time in that dark night, Goudstikker slipped into an open deck hatch. He died at age 42, his neck fractured. And back in The Netherlands, his art collection — 1,400 pieces strong — would likewise be fractured, divvied up among Nazis and their supporters and later scattered around the globe.

Seventy-two years later, Holly Keris, chief curator of the Cummer Museum of Art & Gardens, received a letter about one of those paintings, Vanitas by Dutch Golden Age artist Jacques de Claeuw (1623-1694), which was now in her charge. The letter was from Goudstikker’s heirs. They wanted their painting back.

Vanitas is one of the museum’s oldest acquisitions, purchased only a year after the Cummer opened in 1961; it has been on near-constant display ever since.

The 337-year-old painting looks like little more than a pile of junk immortalized in oil on canvas. It depicts a mess of crumpled paper, forgotten playing cards and creased portraits. Flowers with stooped necks overlook the disarray. To one side of the canvas, a painter’s palette slowly dries. On the other, an hourglass empties, grain by grain.

In many respects, Vanitas is a seemingly humdrum still-life. It’s not even one of a kind. De Claeuw spent much of his career producing paintings he called Vanitas — taken from the Latin word for “vanity,” a mortal sin — all depicting similar scenes of excess and decay. To him, these weren’t just paintings. They were moral statements, tributes to the fleeting nature of worldly possessions and the impermanence of life itself.

So it’s ironic, perhaps, that this painting now symbolizes a triumph over the amnesia of time.

In June, the Cummer announced an agreement with Goudstikker’s heirs that enabled the museum to keep Vanitas in its gallery, with the family’s blessing. That much made the local television news and the pages of the Times-Union.

But the story of Vanitas, of its theft and recovery, goes much deeper.

Vanitas marks one victory in an ongoing struggle for the Goudstikker heirs, and for Holocaust victims in general. Between 1933 and 1945, the Third Reich stole upward of 20 percent of all European art in what’s believed to be the largest art theft in history. Unlike Vanitas, much of it has never been recovered, and may never be.