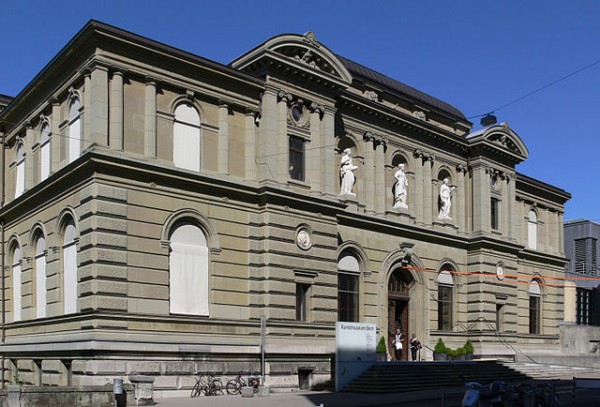 The Kunstmuseum in Bern, Switzerland, has accepted the Nazi art trove.

BERLIN—A Swiss art museum accepted a vast trove of artworks bequeathed to it by the son of one of Hitler ’s main art dealers, pledging that all Nazi-looted items will be returned to their rightful owners even as a last-minute claim to the estate raised questions about the timing of some restitution.

The Kunstmuseum Bern announced Monday at a news conference with the German and Bavarian governments that it would accept the estate of the late Cornelius Gurlitt. Mr. Gurlitt made the Swiss capital’s art museum sole heir to his collection in a testament that was revealed after his death in May, more than two years after his trove was seized by German authorities and left in a legal limbo.

Lawyers representing claimants to some of the artworks in Mr. Gurlitt’s collection welcomed the museum’s decision, as did the German government, which said it meant all artworks identified as stolen would be swiftly returned to their owners.

However, a competing claim to the estate filed by a cousin of Mr. Gurlitt could complicate the further restitution process, lawyers warned.

On Friday, Uta Werner, Mr. Gurlitt’s 86-year-old cousin, applied to the Munich Probate Court for a certificate of inheritance for his estate. Ms. Werner’s spokesman said she was motivated by a recent psychological report that expressed doubts about Mr. Gurlitt’s mental capacity as he drew up his will.

“There are indications that he was a misfit and a psychiatric expertise seems to state that he suffered from delusions. This could give ground to state a lack of testamentary capacity,” said Anton Steiner, president of the German Forum for Inheritance Law. Mr. Steiner has no ties to the Gurlitt case.

The court said it couldn’t give any time frame for a decision about the legal challenge. It could dismiss the family’s claim right away, call for additional witnesses or even name an independent expert to assess Mr. Gurlitt’s mental fitness. It could take three to four months before the court designates the rightful heir, a decision that is itself open to appeal, Mr. Steiner said.

Should Mr. Gurlitt’s relatives succeed in securing his estate, they could claim damages for any painting restituted to Nazi-era heirs without their consent, Mr. Steiner said. This seems unlikely, however, as Ms. Werner’s spokesman said the Gurlitt family would return all Nazi-looted artworks to their rightful owners if the court ruled in their favor.

On Monday, the Kunstmuseum Bern said it would honor an agreement struck between Mr. Gurlitt and the German and Bavarian governments shortly before his death that made Germany responsible for researching the art’s provenance and restituting all looted pieces. The museum will take possession of all works whose provenance is unproblematic.

Under the agreement, the museum will also publish a complete list of the inherited artworks and Mr. Gurlitt’s business ledgers. The German government lauded the accord as a “responsible way” of dealing with Mr. Gurlitt’s inheritance. Ms. Grütters said: “With the agreement, the federal government of Germany and Bavaria have duly considered their special historical responsibility in coming to terms with National Socialist injustice.”

The promise to publish the list and related documents came in response to criticism from such groups as the Claims Conference, which accused the German government of opacity in concealing the existence of the collection for nearly two years until it was revealed by a German press report in November last year.

“We hope this is a wake-up call particularly for Swiss and German museums today,” said Greg Schneider, executive vice president of the organization. 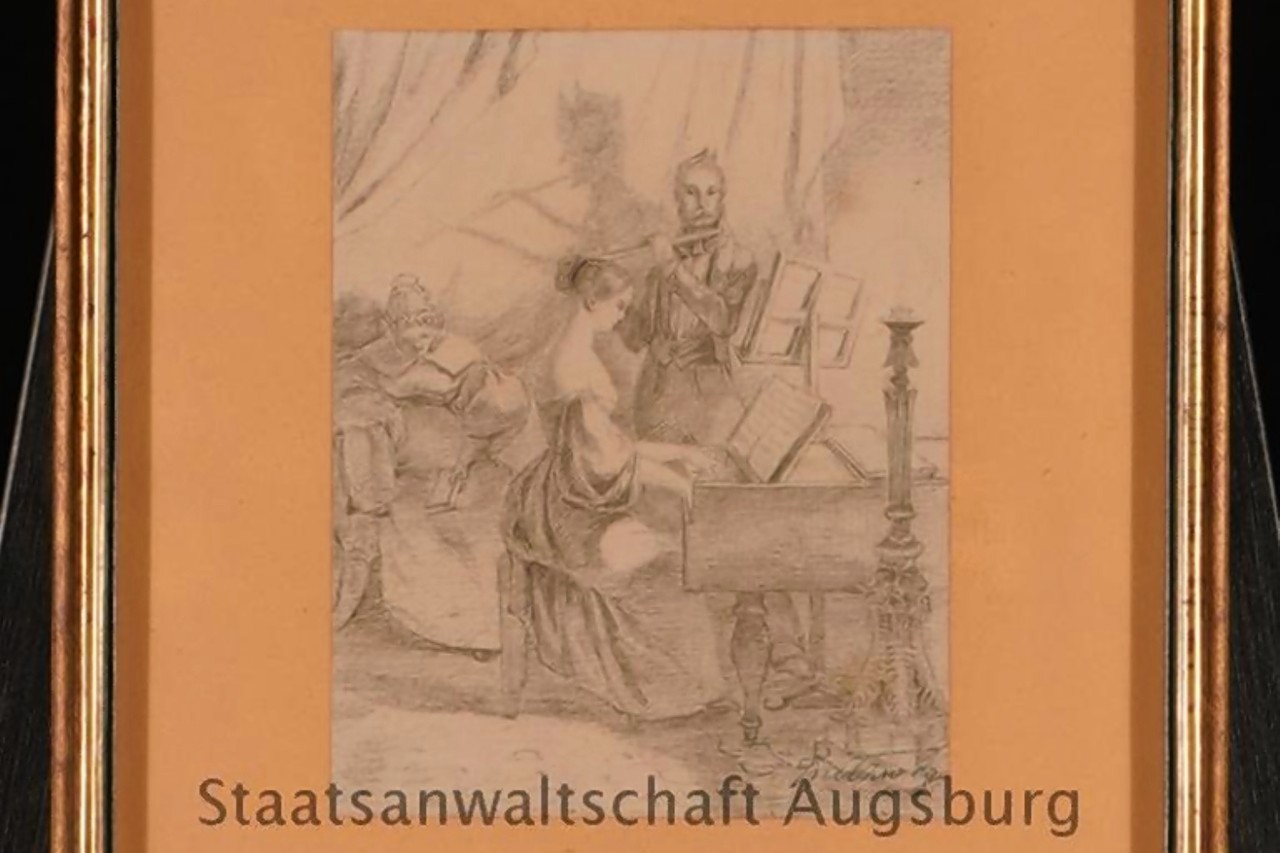 A lawyer for a claimant to one of Mr. Gurlitt’s most valuable artworks, the 1901 Max Liebermann painting “Two Riders on the Beach,” welcomed the museum’s decision and Berlin’s promise of a swift restitution.

“We are very optimistic that we will get that painting back very quickly,” said August Matteis, who represents David Toren, one of the octogenarian heirs of David Friedmann, a German-Jewish collector who died in the early 1940s. “It is definitively a great opportunity for the Swiss museum. A tremendous collection has fallen into their lap and they have a tremendous opportunity to do the right thing in how they deal with Nazi-looted art. And I believe they will.”

The other artworks to be returned immediately are Matisse’s “Seated Woman” and a drawing, “Playing Piano,” by the 19th-century German artist Spitzweg, the government said.

The rightful owners of the Matisse painting also welcomed the announcement in Berlin.

“We hope now for the expeditious return of all looted works in the Gurlitt bequest to their rightful owners,” said Christopher Marinello, director of Art Recovery International and the representative of the family of the late art dealer Paul Rosenberg in this case.

Martha Hinrichsen, whose Jewish grandfather was forced to sell several artworks to the Nazis in 1939, was informed several weeks ago that the Spitzweg drawing would be returned to the family. “My first reaction was, ‘Yes! We’re halfway there,’ ” she said.

She called the involvement of the Swiss museum “very, very good news” but remains concerned that the deal could be derailed by the competing claim from Mr. Gurlitt’s cousin. “If that goes through, that just throws everything up in the air, and goodness knows what happens then,” said the 66-year-old retired music publisher from Southbury, Conn., one of several living grandchildren of art collector Henri Hinrichsen, who was killed at Auschwitz in 1942.

Michel David-Weill, who is pursuing a restitution claim for an Antonio Canaletto etching of the Italian city of Padua traced to his grandfather, Paris art dealer David David-Weill, said he didn’t think the Swiss museum would try to harbor disputed art. “I have no reason to believe they’re not acting in good faith, especially with so much publicity around it,” said Mr. David-Weill, former chairman of the investment bank Lazard, who escaped the Nazis as a child by living in France under a fake name.

“The decision [to accept the art] was anything but easy…and it triggered no strong feelings of triumph,” said Christoph Schäublin, president of the foundation of the Kunstmuseum Bern. “This would be completely inappropriate in the light of the history that’s weighing on the collection.” He added that under the agreement, “Looted art and art suspected of being looted won’t get anywhere near the Kunstmuseum Bern and won’t get on Swiss ground.”

German justice and police officials confiscated Mr. Gurlitt’s collection in early 2012 as part of a tax investigation. The trove includes masterpieces by Claude Monet, Matisse and Pierre-Auguste Renoir and was amassed during and shortly after World War II by Mr. Gurlitt’s father, Hildebrand Gurlitt, a museum director turned art dealer for Hitler. Cornelius Gurlitt died in early May in his Munich apartment after a protracted battle with heart disease.

Write to Andrea Thomas at andrea.thomas@wsj.com