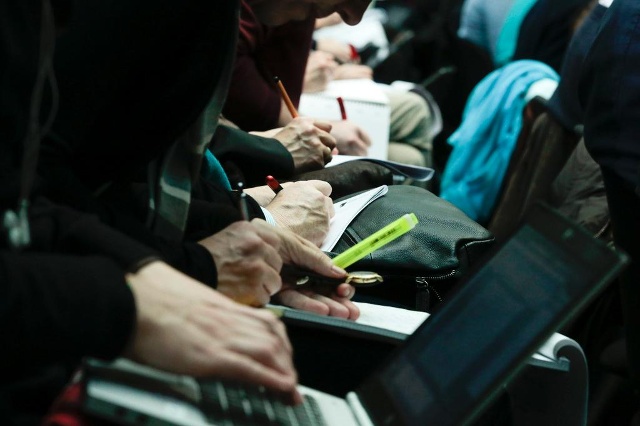 The Swiss media has generally welcomed the decision by the Museum of Fine Arts in Bern to accept the controversial collection of art from Cornelius Gurlitt – some of which was looted by Nazis during the Holocaust.

“Mainly winners in Gurlitt bequest” ran the headline of Tuesday’s commentary in the Tages-Anzeiger newspaper. It described the outcome as “exemplary in terms of provenance research” and in dealings with claims from German museums and private parties asking that their stolen works be returned.

According to the agreement between Bern’s Museum of Fine Arts, Germany and the state of Bavaria, all of the works that were once confiscated as “degenerate art” will go to the museum in Bern.

All works, however, that are suspected to have been stolen in one way or another will remain in Germany for now and be returned to the descendants of their former owners if possible.

“It is also exemplary that Germany and Switzerland have, once again, found a quick and easy solution. That hasn’t always been the case, for example, regarding the tax dispute,” continued the Tages-Anzeiger.

“It is a ‘win-win’ situation as everyone fulfilled their responsibilities,” Bernard Fibicher, director of the Lausanne Museum of Fine Arts, told the French-language newspaper Le Temps, adding that the whole Gurlitt affair had brought the museum unexpected but valuable publicity at the international level.

He also raised the issue of the cost of restoring some of the art works.

The French-language Tribune de Genève and 24 heures both stated that these works should now be put on display and their history confronted.

“You have to look at them with their stigmas and teachings about the perversion of art by a totalitarian regime,” insisted both papers.

Fibicher, however, told Le Temps he was worried that an exhibition of the Gurlitt collection would bring a voyeuristic public attracted by “Nazi treasures” – visitors with no real interest in learning and reflecting more deeply.

Looking ahead, the German-language Der Bund speculated that the Gurlitt case “could be the trigger and catalyst for a new and just handling of Nazi-looted art – also in Switzerland – where, despite the Washington Principles – the will to look into stolen art has been rather modest”.

It went on to note that pieces sold by Jews in a desperate attempt to raise getaway funds might also fall into the category of stolen art.

The Tages-Anzeiger identified one potential loser: Gurlitt’s relatives, one of whom is planning to challenge the museum.

“Cornelius Gurlitt’s haunted treasure trove of art needs to be seen” stated the headline from the British Guardian.

It argued: “The art is innocent. It deserves to be seen. Whatever the tangle of crime and cruelty that lay behind Cornelius Gurlitt’s strange inheritance of a secret art collection from his father, who had worked for the Nazis as an art dealer … Bern has bravely taken on the challenge of doing justice to the art and its rightful owners.”

The New York Times said that art experts and historians were hoping that the museum’s “pledge of openness in handling the Gurlitt bequest would set a new tone for dealing with future discoveries of looted artworks” – noting that Jewish groups said the bequest gave the museum a chance to set a new standard.

“This is an opportunity for the Swiss to stand up and do the right thing, and set an example for other countries in Europe,” said Greg Schneider, executive vice president of the Jewish Claims Conference.