Saviour of France’s art: how the Mona Lisa was spirited away from the Nazis 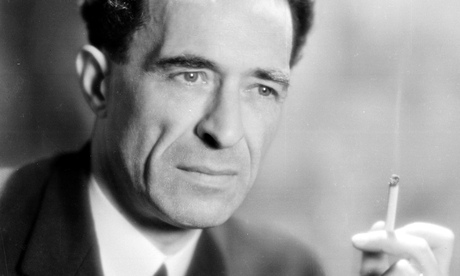 It is a French documentary that British television channels are going to fight over. And they’ll have to act quickly, as Illustrious Yet Unknown (Illustre et Inconnu) has already been sold to scores of countries around the world.

Jean-Pierre Devillers and Pierre Pochart’s film – which mixes archive footage with animation and is narrated by French actor Mathieu Amalric – focuses on a man the French had forgotten: Jacques Jaujard. As deputy head of the Louvre, Jaujard hid the Mona Lisa, all the Louvre’s contents and France’s entire public art collection just 10 days before the second world war broke out, in a masterful, highly secret operation. No one asked him to do it; he just did, helped by hundreds of loyal employees scattered across the country.

Rose Valland, one of Jaujard’s employees, secretly recorded every single painting looted by the Nazis from private collections during the war, and helped to repatriate 45,000 of them after 1945. The French were reminded of her role when she was portrayed by Cate Blanchett in George Clooney’s film The Monuments Men. However, few had heard of Jaujard, so when Illustre et Inconnu was broadcast on the TV channel France 3, the nation’s jaws dropped in disbelief.

In 1938, Jaujard had already supervised the repatriation of all of the Museo del Prado’s art collection in Madrid to Switzerland to shelter it from the Spanish civil war. He had never believed appeasement towards Hitler was a good policy, so he prepared for the worst.

On 25 August 1939, Jaujard closed the Louvre for three days, officially for repair work. For three days and nights, hundreds of staff, art students and employees of the Grands Magasins du Louvre department store carefully placed treasures in white wooden cases. Luckily, The Wedding at Cana by Veronese could be rolled around a cylinder. However, Géricault’s vast The Raft of the Medusa had to be hauled on to an open truck and covered by a giant blanket.

Masterpieces were categorised in order of importance: a yellow circle for very valuable art pieces, green for major works and red for world treasures. The white case containing the Mona Lisa was marked with three red circles.

Private cars, ambulances, trucks, delivery vans and taxis were requisitioned. A convoy of 203 vehicles transporting 1,862 wooden cases set out one August morning to hundreds of inconspicuous castles in France where they could lie, anonymous and secure. The 11ft-high Winged Victory of Samothrace was the last piece to go into hiding, on the day Germany invaded Poland.

After the collapse of France, Jaujard waited for the victor to inevitably show up at his door. On 16 August 1940, Count Franz Wolff-Metternich, who had been appointed by Hitler to oversee France’s art collection, duly arrived. In his diary, Jaujard recalled that Metternich almost seemed relieved to find the Louvre to be empty. Like many German aristocrats, Metternich was not a Nazi party member and, as long as he was able to, he tried to help Jaujard to preserve France’s art from looting Nazis such as Hermann Goering, Joseph Goebbels and Joachim von Ribbentrop.

However, Jaujard had to fight on two fronts: against the Nazis, but also against Vichy France, whose collaborationist leaders were only too eager to hand France’s treasures to the German occupiers.

Throughout the war, Jaujard had to clandestinely organise the removal of pieces such as the Mona Lisa from chateau to chateau. He even managed to send electric heaters and hydrometric devices to help stabilise the most fragile artworks, such as the Crouching Scribe statue, dating back to 2000 BC.

Early in 1944 the French resistance, preparing for the D-Day landings, made contact with Jaujard and sent him their liaison officer, whose nom de guerre was Mozart. When they met, Jaujard was surprised to discover that Mozart was a platinum blonde French actress of the 1930s who had starred in Jean Renoir films and was now an agent for the resistance. The two became lovers in a matter of days.

After D-Day and the liberation of Paris, public art collections slowly returned to their original museums. Not one piece had been damaged. When peace was declared in Europe, one of Jaujard’s first acts was to ask Charles de Gaulle to award Metternich the Légion d’honneur.