'Israel has stolen 80,000 Palestinian books and manuscripts since 1948,' head of Arab League claims 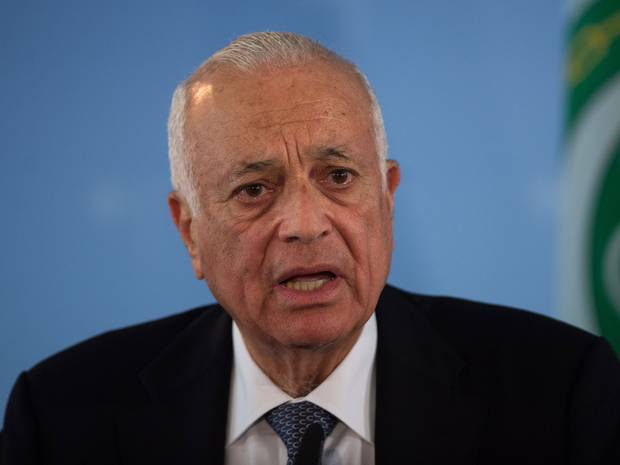 The head of the Arab League reportedly claims Israel has “stolen” 80,000 Palestinian books and manuscripts since the 1948 Arab-Israeli War.

Nabil Elaraby, the Secretary-General of the League and former Egyptian foreign minister, called for efforts to be made to regain historical archives in the Occupied Palestinian Territories and other countries.

Mr Elaraby reportedly accused “colonial powers” of attempting to obliterate Arab heritage but Israel claims the books and documents were collected from abandoned homes to “preserve and protect them”.

“Arab countries face at this phase many serious challenges, some of which are clear through attempts to obliterate its Arab and Islamic history and heritage,” he said, according to a translation by the Egypt Independent.

Countries including Algeria, Libya and Iraq are already working to get their historical documents back "as they include truths on their history and violations by colonial powers", Mr Elaraby added. 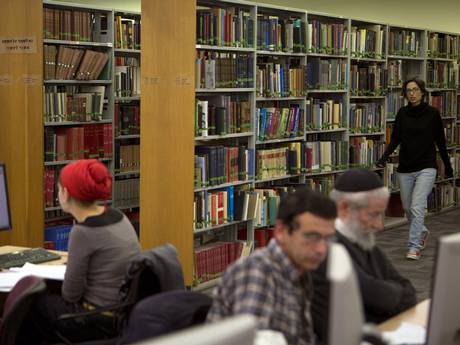 He was speaking in Cairo at an Arab League event called “Palestine in Arabic documents” on Sunday.

The event was attended by officials from Egypt and other Arab League nations, as well as intellectuals and representatives of the International Council on Archives (ICA).

The possession of Palestinian documents and books by Israeli institutions is a long-running and well-documented issue, although the exact numbers are difficult to verify.

In 1948, during the Arab-Israeli War, officials from the Jewish National and University Library followed soldiers as they entered Palestinian homes to collect as many books and manuscripts as possible.

According to Al Jazeera, they are believed to have gathered more than 30,000 books from Jerusalem and another 30,000 from Haifa and Jaffa.

Some were recycled into paper and others were taken to the National Library in Jerusalem, where an estimated 8,000 Arabic volumes remain with the letters AP - for “abandoned property” – on the spines. 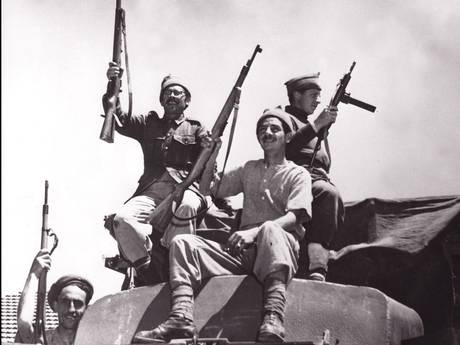 Members of Haganah, a Jewish militia, in April 1948 after breaking the Allied Arab forces blockade of Jerusalem

The extent of the appropriation was not uncovered until Dr Gish Amit, now a lecturer at Ben Gurion University, sifted through declassified documents as part of his doctorate in the 2000s.

Dr Amit told Al Jazeera that librarians believed they were “saving a culture” that may have been lost by theft, being sold illegally or destroyed.

But he said many Palestinians view it as a “a clear-cut act of cultural plunder, cultural disinheritance, which was an inseparable part of the Nakba” – the word meaning “catastrophe” used in the OPT to describe the exodus following the 1948 war.

A spokesperson for the Israeli embassy said the country had protected the documents in accordance with its adherence to “pluralism and multiculturalism”. 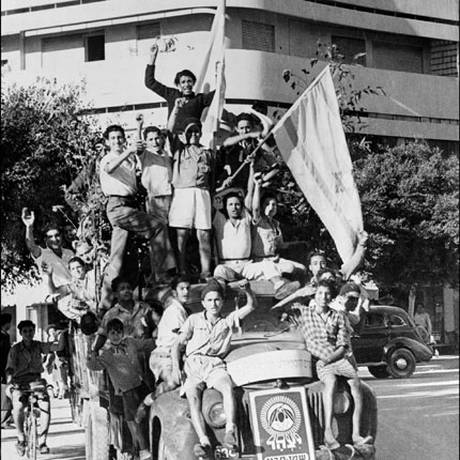 He added: “Following the War of Independence in 1948, rather than destroy all sign of ‘the other’, Israel preserved and has protected much of the documentation and manuscripts left behind by Arabs displaced in the fighting.

“Would it were so that some of the other forces in the Middle East would behave in such fashion rather than destroying their own heritage as new ideas have taken power.

“Accusing Israel of doing something malicious as a result of Israel respecting and valuing life and culture is precisely the distortion that prevents many in the Arab world from reconciling with Israel and pursuing conflict resolution rather than conflict."