Why is a German museum hanging a Nazi-looted painting backward?

Wiesbaden Museum will flip work around once money is raised to pay heirs of its Jewish owner, killed in Auschwitz 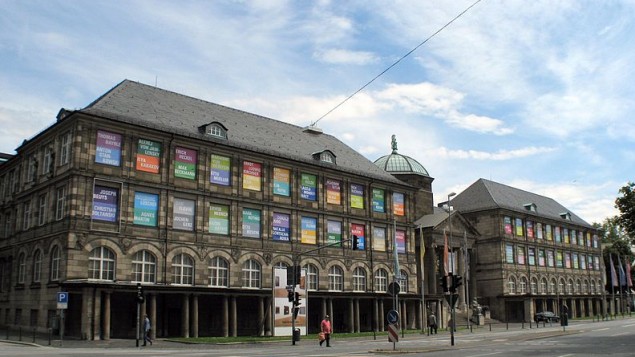 Visitors to Germany’s Wiesbaden Museum might be disappointed if they are hoping to see Hans von Marees’s Die Labung.

The painting, translated in English to “The Refreshment,” is hanging on the wall, prominently displayed. And patrons can walk right up to it. But there is one small problem.

The painting is hanging backward.

In a unique campaign to raise money to pay the rightful owners of the painting, the museum decided to hang the piece, sold under duress by a Jewish industrialist in Nazi Germany, facing the wall. 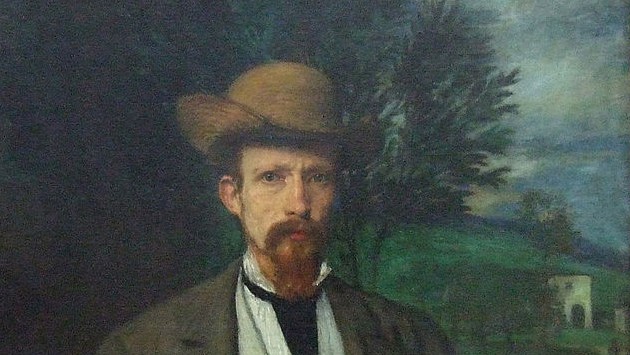 The Gerta Silberberg Discretionary Trust in Israel, named after Silberberg’s heir and daughter-in-law, was found in 1989 to be the rightful owner of the painting .

The Nazis pressured Silberberg to sell his impressive art collection– which included Monet, Renoir, Degas, and Van Gogh —  at an auction in Berlin in 1934. He and his wife were sent to a concentration camp in 1941, and were ultimately murdered in Auschwitz.

According to the Daily Mail, the painting is believed to have been in the hands of Wiesbaden family for decades, before they bequeathed it to the museum in 1980.

A museum spokesperson told TheLocal that the painting had been in storage since 1980 and would remain unseen until the money is raised.

“We agreed on a price, but it doesn’t yet belong to us, and so we won’t show it until it legally does,” the spokesperson said.

The campaign hopes to raise a third of the cost, while the Hesse state cultural foundation and museum’s benefactors will cover the rest.

A spokesman for the Q agency which created the campaign said that they are trying to raise awareness about work German museums are doing to find the rightful owners of looted painting, and about how many German museums still possess art taken from victims of the Nazis.

“We want to right not only the image, but also a wrong,” said Thilo von Debschnitz of Q.

“They could not eat their paintings”

Silberberg was a wealthy industrialist in Breslau, now Wroclaw, Poland, and co-owned M. Weissenberg, a company that produced magnesite, a key ingredient in making steel.

He used his great wealth to amass a fabulous, 143-piece collection of Impressionist art, which was considered one of the finest private collections in Europe. At today’s values, it is estimated that the collection would be worth some $35 million.

Soon after Hitler came to power in 1933, however, Silberberg’s world imploded: the Nazis “Aryanized” the magnesite industry and Silberberg was suddenly forced out of his job and stripped of his assets. By 1934, it was clear that he would have to sell his collection of art at one of the many “Jew Auctions” organized by the Nazi Chamber of Culture throughout Germany between 1933 and 1938. These sales were designed to force Jews in Silberberg’s predicament to sell their collections at a fraction of their real values.

“When everything else was taken from them, they could not eat their paintings,” noted one researcher.

German law finally acknowledged in 1989 that it considered artworks sold at these auctions to be looted property. The Silberberg collection was, in fact, disposed of at four different such auctions, but the choicest pieces — 50 works — were auctioned by Paul Graupe, himself a Jew.

Graupe’s position derived both from his knowledge of art and from his close business association with the Swiss-based Hans Wendland, who was, in turn, close to the art buyers for both Hermann Goering and Hitler himself.

As the war clouds darkened, fates were sealed: Gerta and her husband Alfred Silberberg fled to Britain in 1937 and Graupe found a safe haven in the United States.

Max Silberberg, unable to leave, was arrested and transported to a concentration camp, where he died.

JTA contributed to this report.