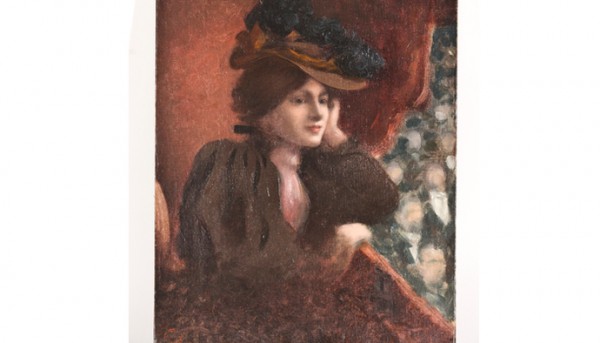 The six paintings and one late Gothic sculpture had been kept in one of the museum's warehouses for over 70 years. The provenance researcher at the museum, Katharina Siefert, established that the works belonged to a Mannheim-based Jewish family.

The works were confiscated by the Nazis when the family moved from Amsterdam back to Mannheim. However, Siefert and her team were not able to accurately identify the owners, or their heirs, by name. The works have thus been entered into the central, LostArt database as Nazi looted art.

The researchers initially found the artwork Lady in the Theater Box by an unknown artist on a list of so-called "non-arian property," which led to the subsequent identification of the five landscape paintings and the sculpture. A receipt, dated 1943 and signed by then-director of the Karlsruher Kunsthalle, Kurt Martin, confirmed that the artworks had been confiscated from a Jewish collection. Martin served as an expert for the Reich's Ministry for Art and Museum Objects. He was responsible for deciding which artworks came into the museum collection and which artworks were put on the market.

The Badische Landesmuseum has requested that anyone with information about the artworks or their provenance will come forward to help identify the rightful owners.