After Finding Lost Painting, a Roadblock

The grandson of a French antiques dealer whose artworks were seized by the Nazis believes he has tracked one of the paintings, an Amedeo Modigliani worth as much as $25 million, to the doorstep of New York gallery owner Hillel “Helly” Nahmad.

But the grandson, Philippe Maestracci, has encountered a roadblock: The painting is in the possession of a corporation that has had ties to Mr. Nahmad’s family, and Mr. Nahmad, who is serving a year in prison for running an illegal gambling ring, has said in court filings that he has no control over the painting. 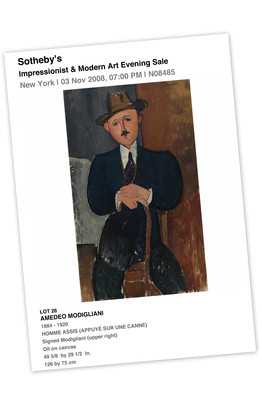 The cover of a 2008 Sotheby’s catalogue features Amedeo Modigliani’s ‘Seated Man With a Cane.’ Sotheby's

Now, in state Supreme Court in Manhattan, Mr. Maestracci hopes to obtain court approval to take depositions in his effort to discover who is behind the company.

The 70-year-old is the grandson of Oscar Stettiner, a Jewish dealer in Paris whose collection was seized and auctioned during the Nazi occupation of France. Mr. Maestracci, who lives in France, sued the Helly Nahmad Gallery in federal court in 2011 for the return of the painting; the suit was withdrawn after the gallery said that the painting was held by a company called the International Art Center.

Mr. Nahmad is the 36-year-old son of billionaire art collector David Nahmad. His gallery is in the Carlyle Hotel on Madison Avenue. He was sentenced in April after pleading guilty to operating a sports-gambling business that booked millions of dollars in bets.

In court filings, Mr. Maestracci and his attorneys have described the International Art Center as a shell company used by the Nahmad family to hold a multi-billion-dollar art collection. The Helly Nahmad Gallery, in a court filing, said it “lacks any interest whatsoever in this controversy and lacks any authority or capacity to remedy any injury allegedly suffered” by Mr. Maestracci.

The painting in question, Modigliani’s 1918 portrait, “Seated Man With a Cane,” is in that warehouse, he said. But he declined to comment on the relationship between the Nahmad family and the International Art Center, or disclose the current shareholders of the latter company.

As of 2000, Helly Nahmad’s uncle, Giuseppe Nahmad, was the principal of International Art Center, according to a court filing submitted by attorneys for the Helly Nahmad Gallery in an unrelated lawsuit. Giuseppe Nahmad died in 2012.

Mr. Golub called Mr. Maestracci’s lawsuit “a circus act and a sideshow in order to go after the Nahmads.” 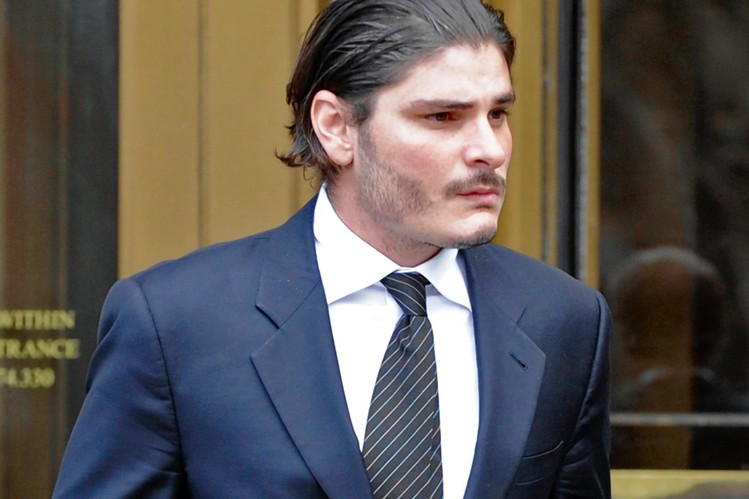 Modigliani, an Italian artist who died in 1920, is best known for his work in Paris between 1915 and 1919, nudes and portraits in which he rendered his subjects with a few telling details.

The complicated journey of his “Seated Man With a Cane,” from prewar Paris to the Geneva Freeport, was uncovered by Mondex Corp., a Toronto firm that specializes in recovering Nazi-looted art.

One of its researchers, looking through the archives of the Civil Court of Paris and the Seine around 2009, came across a dusty, three-page document.

It described the efforts of a government investigator in 1947 to track down paintings, including a Modigliani portrait, for which Mr. Stettiner had filed a claim after the war. According to the document, the investigator interviewed a man identified as Mr. Van der Klip, who had bought the Modigliani in a forced sale. The painting had then been resold twice in quick succession, ending up in the possession of a U.S. officer, whose name and address were unknown.

Mondex did more research, beginning to piece together the story of Mr. Stettiner and his Modigliani.

Mr. Stettiner fled Paris in 1939 before the Nazi invasion, leaving behind his art and antiques. The Nazis appointed a temporary administrator to oversee his gallery in 1941. The administrator held four public auctions of the gallery’s contents, selling the Modigliani in 1944. 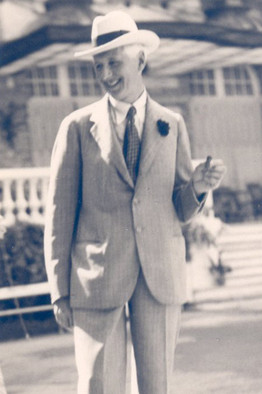 In 1946, Mr. Stettiner filed a claim to recover the Modigliani and other paintings, but the trail went cold at the unknown U.S. officer. The dealer died in 1948.

A research trip to Venice by Mondex’s founder, James Palmer, provided confirmation that Mr. Stettiner had indeed owned a valuable Modigliani. In the archives of the Venice Biennale, Mr. Palmer found a photograph of a painting that Mr. Stettiner had lent to the exhibition in 1930: Modigliani’s 1918 “Seated Man With a Cane,” according to archival records submitted in court.

“You have no idea how excited I was to see that,” Mr. Palmer said in an interview.

That painting turned up in a 1996 Christie’s auction in London, where it was purchased for $3.2 million by the International Art Center, according to court records filed by the defendants. The seller wasn’t identified. The provenance published in the Christie’s catalog noted that the painting was sold in an anonymous sale in Paris between 1940 and 1945. Christie’s didn’t respond to a request for comment.

At that time of the sale, the painting hadn’t been flagged as potential Nazi-looted artwork.

“Seated Man With a Cane” was put up for auction again in 2008 at Sotheby’s, where it was valued at between $18 million and $25 million, but didn’t sell. This time, the provenance noted Mr. Stettiner as a possible prior owner. Sotheby’s declined to comment.

In 2009, as Mondex started to put together the painting’s history, Mr. Palmer contacted Mr. Maestracci, Mr. Stettiner’s sole heir. Mr. Maestracci agreed to have Mondex pursue the research on his behalf.

Mr. Maestracci couldn’t recall ever having spoken with his grandfather, who died when he was 4. “I knew from my grandmother how much her husband had suffered during the war and that the Germans had looted his artworks, as he had fled Paris hastily,” he said. “Finding the trace of a painting he owned made me immediately feel close to him, thinking about that period, which was so difficult.”

Mr. Maestracci said he hoped the Nahmads could “find it in their heart” to return the painting to his family.

Write to Jennifer Maloney at jennifer.maloney@wsj.com