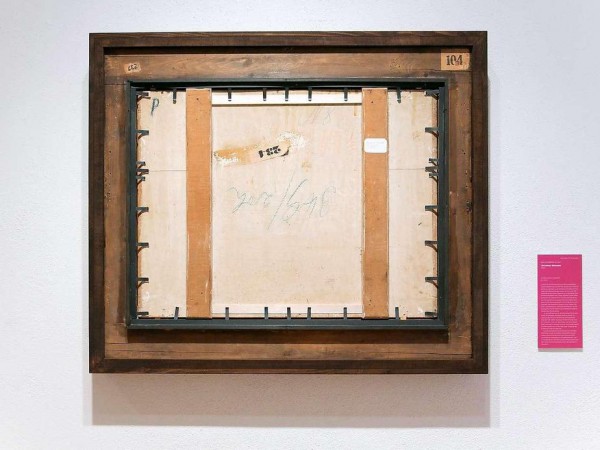 Visitors to Germany's Wiesbaden Museum on Monday were surprised to find a painting hanging back-to-front. According to HR, the unusual sight is part of a campaign to buy the Nazi-looted artwork from the heir of its last legal owner. In Nazi Germany, Wiesbaden Museum was a collection point for looted art.

Hans von Marées' Die Labung (1879/80) had belonged to the Jewish industrialist Max Silberberg of Breslau, who was forced to sell the artwork in 1934, under pressure from the Nazis. Silberberg and his wife were both murdered in Auschwitz.

Museum director Alexander Klar hopes that the museum can collect €93,000 in donations to contribute one third of the cost towards the purchase of the artwork. The cultural foundation of the state Hessen and the Freunde des Museums Wiesbaden (Association of Benefactors of Wiesbaden Museum) have agreed to contribute the remaining funds.

A spokesperson from the Wiesbaden Museum told The Local: “The painting has been in storage and has not been seen since the 1980s. We agreed on a price, but it doesn't yet belong to us, and so we wont show it until it legally does."

Thilo von Debschnitz of Q, the creative agency that came up with the idea, explained that the campaign seeks to not only acquire the painting but to also raise awareness about the restitution work that art institutions in Germany are doing. “We want to right not only the image, but also a wrong."