Nazi-Looted Pistols Hidden in a Salt Mine Hit Auction Block 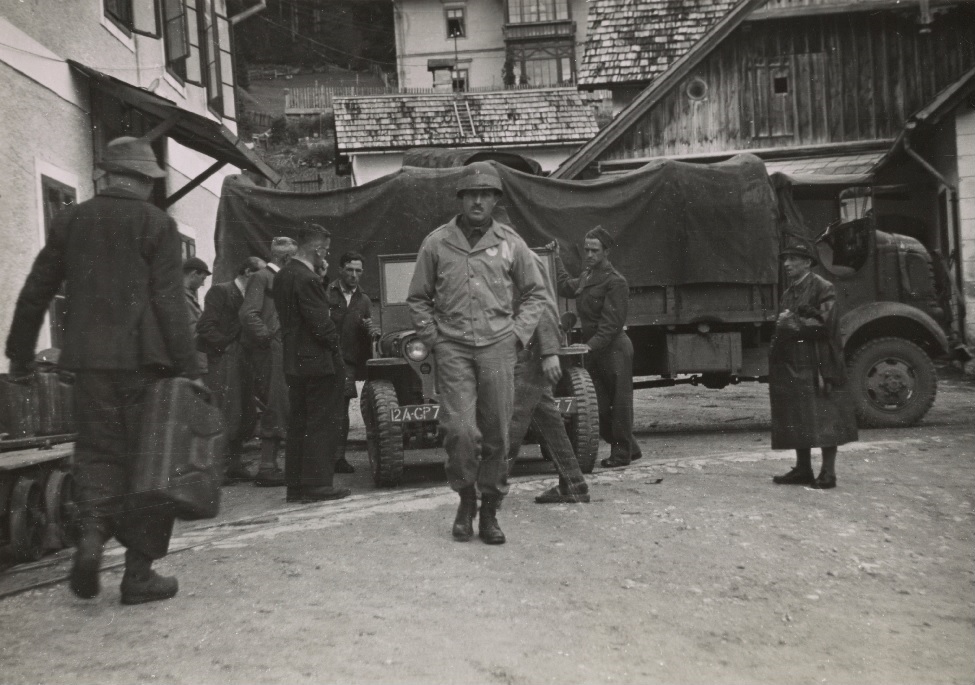 George Stout, a founder of the Monuments, Fine Arts, & Archives division of the US Army, outside Austria's Altaussee salt mine, a storage site for art looted by Nazis, 1945. Photo: courtesy Thomas Carr Howe papers, Archives of American Art, Smithsonian Institution.

Pietro Manani, who is listed by Brescian firearms expert Nolfo di Carpegna as “one of the most active craftsmen of his time," made the pistols. The length of his working life is unknown, and some speculate that the thirty-eight known examples of Manani's work may be the work of a father-son duo. 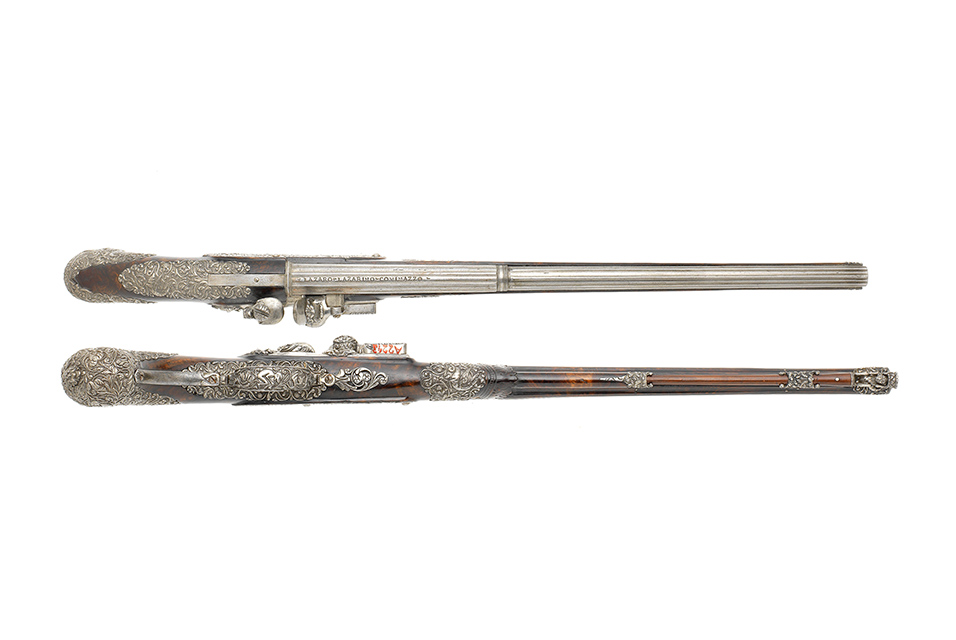 A pair of Brescian flintlock holster pistols, circa 1660–70.
Photo: Bonhams.

The pistols, which were part of the collection of Austrian barons Nathaniel and Albert von Rothschild, boast an unusual and astonishing history. Like many other cultural items, they were seized by the Third Reich in 1939 and hidden in Austrian salt mines during World War II.

After the war, the pistols were repatriated to the Austrian state museums. It wasn't until 1999 that they were returned to the Rothschild family. It was in these salt mines that the Nazis hid 6,000 other works of art, as recounted in George Clooney's recent film, The Monuments Men.

The mines also made headlines earlier this year when a property owned by Cornelius Gurlitt housing a number of potentially-looted works was discovered near the site (see "Cornelius Gurlitt Kept a Third Stash of Art in Austria").

“There can be few pistols with a more interesting history than these magnificent survivors of centuries," said Bonhams antique arms and armor department director David Williams in a press release. "They are artistic and technological marvels of their time and remain today a window into the superb craftsmanship of the past."