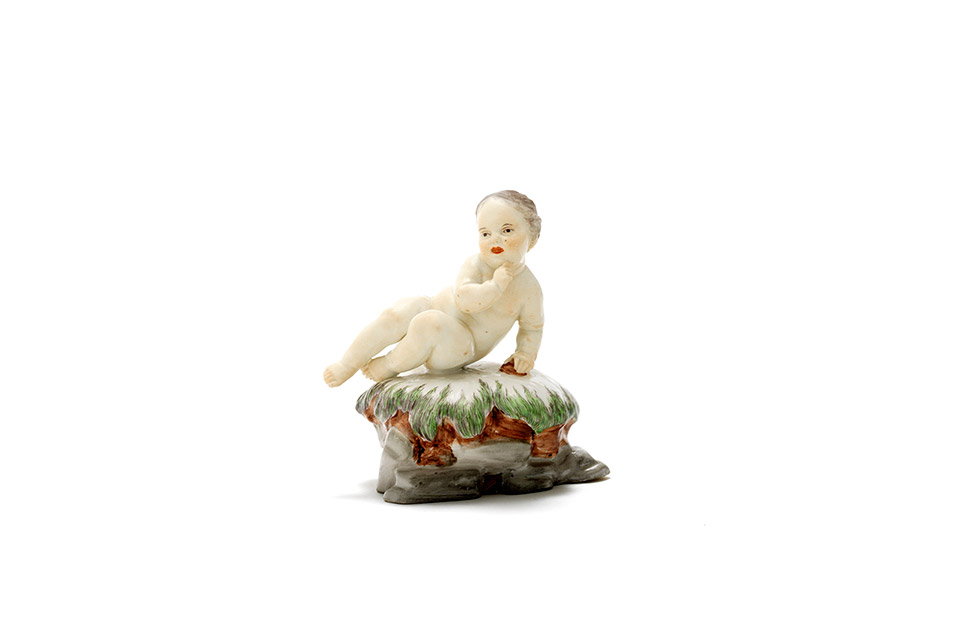 A Höchst figure of a putto (circa 1770), from the collection of Emma Budge. Photo: courtesy of Bonhams.

One June 18 in London, Bonhams is selling a selection of porcelain figures from the Emma Budge Collection, which was stolen and sold by the Nazis in 1937. Budge’s heirs have only recently been able to recover parts of her collection, most recently from the Victoria and Albert Museum (see report from the Art Newspaper).

Emma and Harry Budge made their fortunes building American railroads before returning to Germany and amassing an impressive collection of decorative arts. When Emma Budge, who was Jewish, died in Hamburg in 1937, nine years after her husband, her collection and estate were forcibly sold off by the Nazi party.

A recent decision from the UK’s Spoliation Advisory Panel ruled that the V&A Museum should return three Meissen figures to Budge’s heirs. However, the ruling suggested that family ought to consider leaving one of the artworks with the institution “given that Mrs Budge expressed a wish that, following her death, some or all of her art collection should go to museums in Germany or abroad.” (Budge had initially considered leaving the porcelain to the city of Hamburg, but opted not to after the Nazis came to power.)

While it remains to be seen if Budge’s heirs will follow that recommendation, they have already commenced selling five other restituted pieces, at Bonhams fine European ceramics sale on June 18. A pair of very rare Höchst figures dating to about 1752 featuring Pantaloone and Pantalone from the Italian Comedy, are expected to be the most valuable of the five, with a pre-sale estimate of £30,000–40,000 ($51,000–68,000).

Budge’s descendants are also in negotiations with the Ashmolean Museum at Oxford, and Glasgow’s Burrell Collection for the return of additional works from her collection.