The German government has taken steps to intensify provenance research in order to clarify whether or not works of art were looted by the Nazis from their rightful Jewish owners. 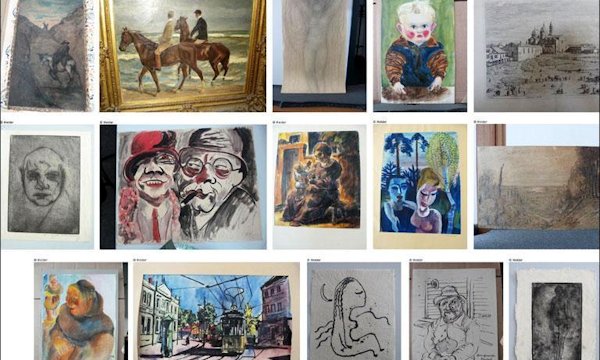 Paintings from the Gurlitt trove

Germany came under fire last year after it came to light that Cornelius Gurlitt, the son of a prominent Nazi-era art dealer, had hidden a vast collection in his Munich flat for years of which a number of pieces are believed to have been looted during the Nazi era.

Culture Minister Monika Grütters said the public outcry about the discovery showed that many did not think Germany had shown sufficient commitment to the issue yet. By creating the new center, Germany would be able to bring together local, state and federal workers under one roof to research the history of items whose origin is in question.

The new facility will be in Magdeburg. The proposal still requires approval from leaders of German states and municipal governments.

World Jewish Congress President Ronald S. Lauder, who in the past repeatedly urged Germany to address the issue, welcomed the announcement: "We thank State Minister Grütters for her continuous commitment to set up this foundation. We very much welcome that the the new center will support provenance research and the finding of fair and just solutions with regard to both private collectors and public institutions."

Meanwhile, the Kunstmuseum Bern in Switzerland which was named as sole heir of German art collector Cornelius Gurlitt has reportedly agreed to accept the bequest of hundreds of early 20th-century works, which may include Nazi-looted art. The museum’s decision was reported by the Swiss newspaper 'SonntagsZeitung'. However, according to the report, the museum will only accept works for which there are no restitution claims.

The museum said on Monday in a Twitter message that the report was inaccurate and that a final decision would be made during a Board meeting at the end of November.

The collection reportedly worth more than US$ 1 billion.

Some 1,400 works were confiscated from his home in 2012 in the course of an investigation for tax evasion. Other works were subsequently found in Gurlitt’s second home in Salzburg, Austria. The investigation is now closed due to his death.

Gurlitt’s father Hildebrand was an art dealer on assignment to the Nazis. When he died in 1956, his son inherited the collection, which includes works by Picasso, Dürer, Renoir, Toulouse-Lautrec, Beckmann and Matisse.