The stolen Matisse painting, left, next to its cheap counterpart

Hugo Chávez could have had his odalisque if it weren't for those damn Nazis.

In a rare interview, FBI agents say that they delayed the return of a stolen $4 million Henri Matisse painting to Venezuela because of concerns that the painting had originally been looted by Nazis during World War II.

It's a strange twist to an already incredible story involving a fraudulent painting, a fake Venezuelan colonel, and a beautiful undercover agent.

As we reported yesterday in our exclusive investigation, the painting, Odalisque in Red Pants, was originally stolen sometime around 2000 from the Contemporary Art Museum of Caracas.

A poorly drawn copy was put in its place, apparently fooling everyone from museum curators to Hugo Chávez. The Venezuelan president once unwittingly posed for a photo in front of the fake.

As the copy sat on the museum wall -- and, later, in the museum vault -- the real odalisque went on a wild adventure around the world. Shady middlemen smuggled the canvas to Spain, France, and South Florida in efforts to sell it on the black market.

Finally, on July 17, 2012, the odalisque was recovered here in Miami Beach. A beautiful undercover FBI agent had lured a gullible Cuban man into bringing the painting to the U.S. from its hiding place in Mexico. 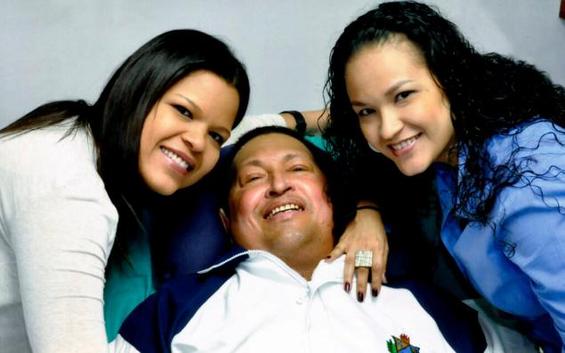 But the story didn't end with the seizure of the odalisque. The painting's theft had been an embarrassment for Venezuela and its socialist government. Now Chávez demanded the odalisque's return.

The FBI, however, was worried that the painting had been looted from a Jewish family during World War II.

"There was a concern that it may have been subject to Nazi looting," says Special Agent Robert Giczy, a member of the FBI's art crime unit and one of the agents involved in the odalisque investigation.

"It was like trying to find the hole in a donut: something that just wasn't there," Giczy said.

With assistance from the Getty Research Institute in California, the Art Loss Register in London, and the International Foundation for Art Research (IFAR) in New York, the FBI determined in April of 2014 that the painting had not been stolen by Nazis but had been privately owned in London and America during that period.

"That freed the painting so that it was available for repatriation," Giczy said.

By then, however, Hugo Chávez was already dead.

It would take another more than a year and a dozen meetings with their Venezuelan counterparts for U.S. Marshalls to actually return the painting. But on August 8, the odalisque finally went home.

It is now on display at the Contemporary Art Museum of Caracas, right next to its imitation.