As Helen Mirren films a BBC biopic about Maria Altmann, we tell the story of the indomitable woman who fought to reclaim precious family art stolen by the Nazis… 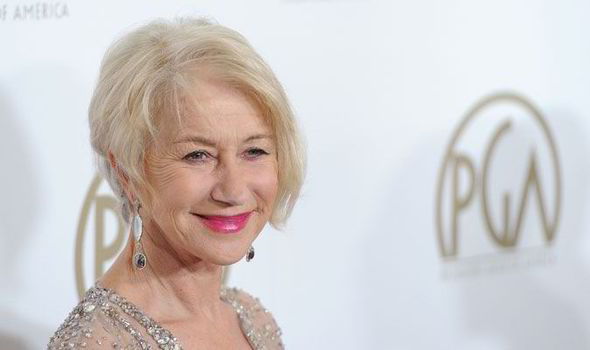 In 1937, Maria Bloch-Bauer married Fritz Altmann in a romance that would last a lifetime.

The 22-year-old did not know, however, that she was about to embark upon a lifelong battle against the Nazis, fighting for justice in the wake of their terrible legacy.

Maria, who is being portrayed by Helen Mirren in an upcoming BBC film, also starring Katie Holmes and Ryan Reynolds, was born into a wealthy family on February 18 1916.

She grew up in luxury, surrounded by the most influential academics of Vienna. She described her early life as “very beautiful; we had chamber music in the house every night, I had a coming-out ball".

Despite these privileges, she and Fritz were like any other newlywed in love until their honeymoon coincided with the Nazis’ annexation of Austria. The Gestapo wasted no time in targeting the country’s wealthiest Jews and knocked on Maria’s door just days after their return from Paris.

She was robbed of her engagement ring as well as the stunning diamond necklace she had worn on her wedding day just months earlier. The piece, which was given to Hermann Goering’s wife, was bequeathed by her socialite aunt Adele.

However, the Nazis’ theft of five paintings by celebrated Impressionist Gustav Klimt, including two depicting Maria’s glamorous aunt, would prove the most devastating. 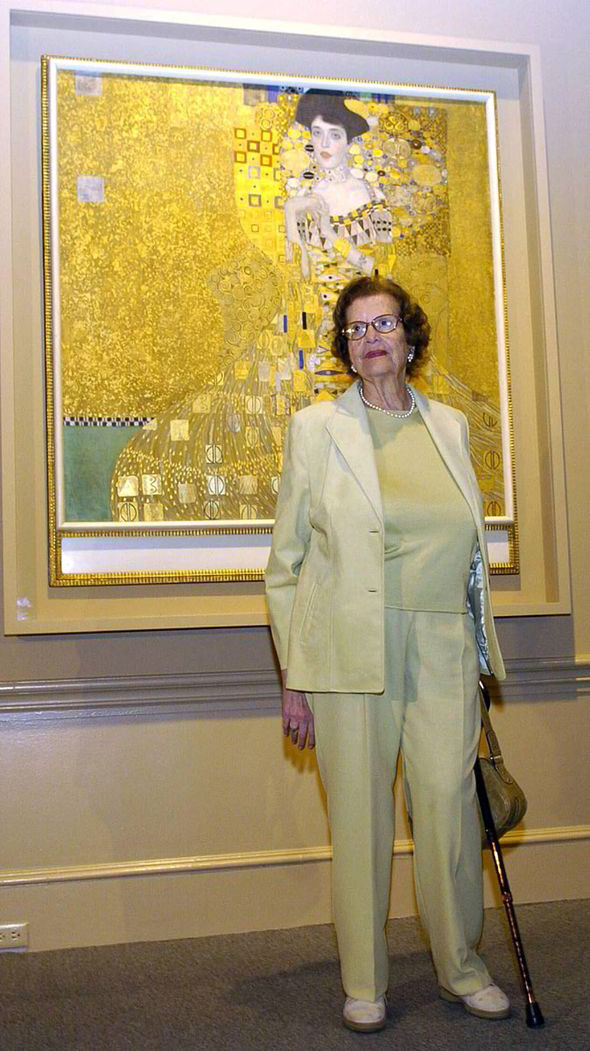 Maria Altmann claimed it was never about the money

Maria recalled visiting her glamorous aunt in her palace on Elisabethstrasse where Adele ran a Viennese salon, surrounding herself with the finest collections of art.

However despite his great wealth, Ferdinand died a pauper in Zurich in 1945. The Nazis had taken everything he owned. They used the Ferdinands’ Viennese palace as their headquarters and one of the Holocaust masterminds, Reinhard Heydrich, took Ferdinand’s Czech castle which was later appropriated by the communists. His shares in a sugar company were sold to a Nazi sympathiser. The family was left with nothing.

Meanwhile Maria’s new husband Fritz was imprisoned in Dachau and remained there until his brother Bernhard signed his cashmere business over to the party. The family were placed under house arrest in Berlin and escaped by feigning an emergency dental appointment in the middle of the night.

Penniless, the couple fled to the Netherlands, then Liverpool, before settling in California in 1942. Fritz started work for aerospace firm Lockheed Martin and Maria later opened a boutique in Beverly Hills. The couple had three sons and a daughter in America, building a life together in a country that welcomed them.

However Maria, who was sole heir to her uncle Ferdinand’s estate, never forgot what the Nazis stole from her family. She sought to repair the damage done not only to her uncle but also to her father Gustav, who had been given a Stradivarius cello by his good friends the Rothschilds. Gustav was devastated when his prized instrument was taken from him. Maria recalled: “My father died two weeks after that; it was absolutely a broken heart. He died of a broken heart.”

Following the war, Austrian officials had told Maria that Adele had bequeathed the paintings to the state after her husband’s death and they should remain in the Belvedere Museum in Vienna.

The family recovered some items from the Bloch-Bauer estate over the years but the Klimts remained in the Vienna museum for almost 50 years. However in 1998, Austria signed an international treaty on the restitution of art plundered during the war.

Then investigative journalist Hubertus Czernin revealed that the museum knew that some of its artefacts had been plundered from victims of the Holocaust. Furthermore, Ferdinand had decided not to leave the paintings to a country that oppressed Jews and had wanted them to go to his niece. 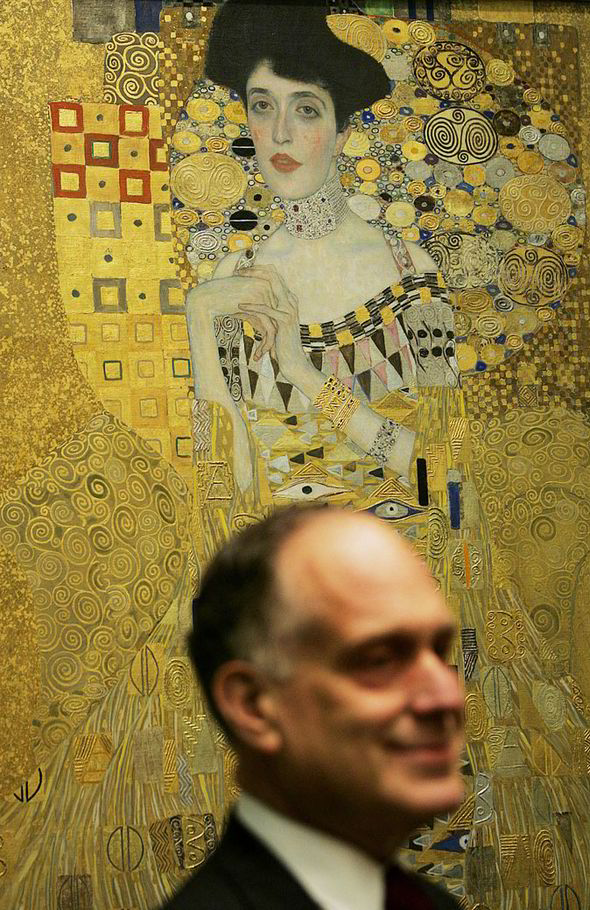 Maria, now an octogenarian, requested she be compensated for the theft of her family’s property but, after a series of letters, she was ignored and brushed off by the Austrian authorities.

Incensed, Maria decided to launch a precedent-setting suit against the country. She at first attempted to tackle the Austrian courts but could not afford the legal fees so she embarked upon a battle to have the case heard in the United States. Austria fought hard, hoping that the elderly claimant would lose momentum, but in 2004 the Supreme Court ruled that Austria could be sued.

A panel of Austrian judges held in her favour two years later, leaving Austria no choice but to return the works to Maria. In their final days at the Belvedere, thousands of Austrians flocked to see the paintings one last time.

The gold painting of her aunt sold for a record-breaking £73million to cosmetics mogul and former Austrian ambassador Ron Lauder for his Neue Gallery. The other four paintings, including a second portrait of Adele, made £113million.

Maria claimed it was never about the money and her vast newfound wealth did little to change her life. Before her death in 2011, aged 94, she said she was glad to have found justice at last.

"I couldn't see how we could lose. They had stolen the paintings from us and kept them for 68 years so it was time that something was done about it.

"People ask if I feel bad for the Austrians but that's so ridiculous. They never made the slightest attempt to compensate us for all the years they had them. They just wanted to keep them.

"I persisted out of a desire that Austria should see that there is such a thing as justice."