The British Library has agreed to return a spoliated Sienese oil painting made for the binding of a 1488 set of accounts, following the recommendation of the UK’s Spoliation Advisory Panel. The Biccherna panel, named after the city’s treasury, is attributed to Guidoccio Cozzarelli. 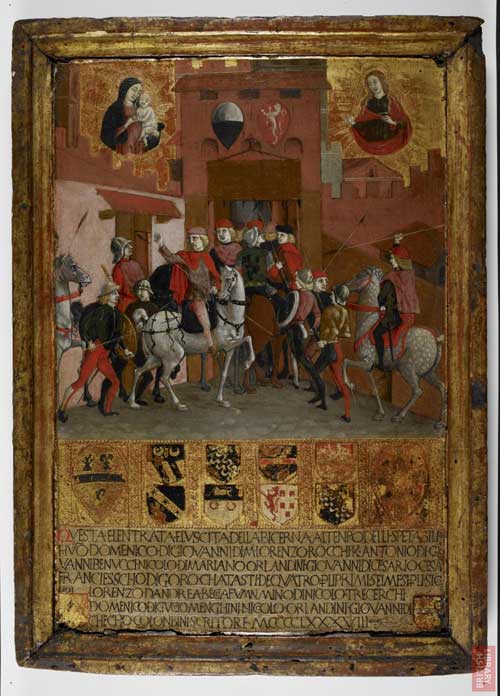 The Biccherna panel, named after the city’s treasury, was made for the binding of a 1488 set of accounts

Although not named in the spoliation panel’s June report, The Art Newspaper has identified the pre-war owner as the shareholders of the Munich-based A.S. Drey gallery. The painting was part of a “forced sale” in 1936, fetching the equivalent of £228. In 1942, it was sold by Arthur Bendir at Sotheby’s in London. Henry David bought the picture and donated it to the British Library in 1968 (it was formally accessioned on his death in 1977 with other bookbindings).

The spoliation panel concluded that there is “a strong moral case in the claimants’ favour”, and it therefore recommended restitution. A library spokesman says that it is negotiating to buy the painting “so that the Davis collection of bookbindings can remain intact and to ensure that the Biccherna panel will continue to be freely accessible to researchers”. The “Jewish Chronicle” has valued the painting at £140,000, but negotiations are continuing over the sale price.