Some institutions still cling to paintings sought by the descendants of Hitler's victims.

The recently released movie "The Monuments Men" tells of Hitler's attempt to steal or destroy Europe's greatest works of art, and the men FDR sent into harm's way to stop him. Thousands of works of art and many masterpieces were recovered and returned to their rightful owners. Yet today, seven decades after the fall of the Third Reich, other stolen works of art—some from owners who perished in the Holocaust—hang in museums in Europe and in America.

In the U.S., for instance, the Norton Simon Museum in Pasadena, Calif., is fighting a claim by Marei von Saher, heir of Jewish Dutch art dealer Jacques Goudstikker, whose collection was forcibly sold to the Nazis in 1940. The works in question are 16th-century oil paintings by Lucas Cranach. The museum has denied Ms. von Saher's claim on grounds that the statute of limitations on looted art has run out.

Meanwhile, Leone Meyer, daughter of Raoul Meyer, a Jewish businessman in Paris during the Nazi occupation, is suing the University of Oklahoma in the hope of recovering "Shepherdess Bringing in Sheep," an 1886 work by French impressionist Camille Pissarro that was stolen from her father's private collection by the Nazis. Over the years the Pissarro had several owners and traveled to Switzerland and New York before arriving at the Fred Jones Jr. Museum of Art, which is owned by the University of Oklahoma. The school has refused to return the painting, citing a 1950s court ruling in Switzerland that denied the Meyer family's claim on grounds that there was a five-year window for such lawsuits. That the Nazis stole the painting is not in dispute. 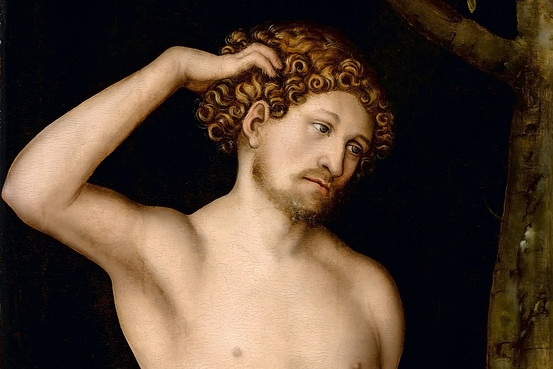 Detail of "Adam and Eve," by artist, Lucas Cranach the Elder.

Such refusals are not only immoral, they fly in the face of postwar agreements. The Nazi thefts from 1933-45 are the greatest displacement of artwork in human history. FDR and Churchill recognized the vast scope of the thefts early in World War II, and in 1943 the Allies declared their intention to invalidate all property transfers—even ones made to look legal—that were part of the Nazis' looting. Official Allied policy was that all governments should work to return stolen property to rightful owners.

After decades in which this issue was conveniently ignored, the U.S. State Department sponsored an international conference in Washington, D.C., in 1998 to resolve the many and complicated issues surrounding the repatriation of Nazi-looted art. The conference introduced 11 protocols, known as the Washington Principles. The U.S. and the 43 other countries that adopted the principles agreed to look for Nazi-looted art in their public art collections and to resolve restitution claims in a just and fair manner.

The Washington Principles amount to these two truths: Art museums and their collections should not be built with stolen property. Passion for art should not displace respect for justice.

Sadly, in some cases, it does. Many museums make it difficult if not impossible for claimants to proceed. They threaten Holocaust victims with expensive legal actions under the pretext that they need to clear title, and then raise the statute of limitations.

Such behavior is in direct contradiction of the Washington Principles. Worse, it discourages claimants from coming forward. Recognizing this fact, in June 2009, at a Holocaust Era Assets Conference held in Prague, the U.S. and 45 other nations signed the Terezin Declaration, which reaffirms the Washington Principles, instructs nations to ensure that Holocaust claims are resolved on the merits, not on the basis of technical legal defenses.

Refusing to return stolen art because of the passage of time—not yet 70 years since Auschwitz was liberated—deprives museums of any claim to moral high ground.

There have been museums that have demonstrated clear vision, such as the Cummer Museum of Art & Gardens in Jacksonville, Fla., which honored a claim by Ms. Saher involving art from the same collection that is the subject of her claim against the Norton Simon Museum.

Yet too many art museums in the U.S. and Europe seem to have forgotten a simple rule: There should be no impediments to responsible behavior. Above all, we in the art community should not perpetuate the crime against humanity committed by Hitler when he stole Jewish art collections and murdered their owners.

Mr. Lauder is president of the World Jewish Congress and a former U.S. ambassador to Austria.