Germany and Israel have intensified their cooperation in recovering art stolen by the Nazi's and returning it to its rightful owners. Culture commissioner Monika Grütters tells DW how Germany is expanding its efforts. 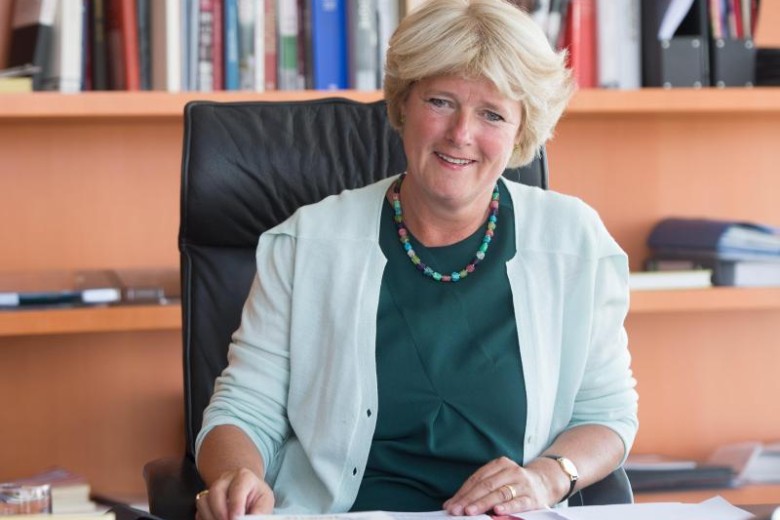 Israeli and German experts want to work more closely together when it comes to Nazi-looted art and provenance research. Israeli art experts are already part of the Schwabinger Kulturfonds team dealing with the Gurlitt art trove discovered in November 2013.

With the Washington Conference Principles on looted art in 1998, provenance research gained political significance. The 44 signatory nations, including Germany, pledged to search public art collections and museums to uncover artworks that had been confiscated or unethically changed hands during World War II.

DW spoke with Germany's Commissioner for Culture and Media, Monika Grütters, in Jerusalem.

DW: Commissioner Grütters, you've made the restitution of Nazi-looted art a top priority. Nearly 70 years after the end of World War II, how much art are we talking about at this point?

Monika Grütters: As an art historian, it's difficult for me to quantify it. We only know about the scope of the human suffering that comes to light behind each object and its story. For us it's less about the material compensation than about remembering these stories of suffering and these destroyed biographies.

We also want to commit ourselves at least to making up for what we can by recognizing the victims' biographies. The fact is, a lot has happened since the Washington Conference in 1998, even in Germany, and we have researched and returned more than 90,000 objects. But unfortunately that's only the beginning, as we see again and again when spectacular finds turn up in museums, or in the case of Gurlitt's private collection.

Germany and Israel want to work more closely together in the future on this sensitive issue. What exactly is your approach?

We know that over 40 percent of the Judaica inventory there came from Germany and was brought by immigrants and refugees. But there is a lot of uncertainty about their origins, so it's very important to look into it. There are now a large number of specialized German researchers. We have a big network of experts in provenance research and in German museums, in the Jewish museums in Frankfurt and Berlin, there is a great deal of knowledge that we can hopefully tap into.

The Gurlitt case has dominated the looted-art discussion over the past few months. Germany is often criticized for taking too long in working through art restitution cases. What do you want to do differently?

We want to strengthen and focus our efforts. Many of the instruments in Germany have not been fully taken advantage of, particularly because there has been no concentrated publicity work. And the material is very complex, both from a legal and a historical perspective, so expert knowledge and sensible process is necessary.

If you want to trace an artwork from the beginning to the end, then it always takes a very long time. Especially when the purpose behind it is to find out whether it used to be in Jewish ownership and whether that owner was forcibly dispossessed. That's why we are trying to uncover these questions very quickly in the Gurlitt case so that the original owners and their descendents, who are very elderly by now, can live to see the restitution of the works or resolution of their case.

There is no shortage of institutions that research Nazi-looted art. How can the work be done more efficiently?

We would like to focus our efforts. I have doubled government funding from 2 million ($2.7 million) to 4 million euros for 2014. In 2015, the federal government will contribute 8 million euros to looted art provenance research. We will centralize it all in a so-called German Center for Lost Cultural Assets, which will be based in Magdeburg where the Lost Art database and the coordination office are already located.

The Federal Office for Central Services and Unresolved Property Issues, which relies on archives, documents and libraries, will remain in Berlin. We will have someone there who will do publicity so that we can do more to come into contact with private collectors, and of course also public museums run by the local, state or federal governments.

Monika Grütters, from Germany's Christian Democratic Union (CDU), has been the Commissioner for Media and Culture since December 2013. Since 2005, the art historian has been a member of Germany's parliament, the Bundestag, and chaired the Committee for Culture and Media from 2009 to 2013.