An 18th Century tapestry looted by Nazis in World War Two is to be returned to a French château after being kept in Sheffield for 55 years. 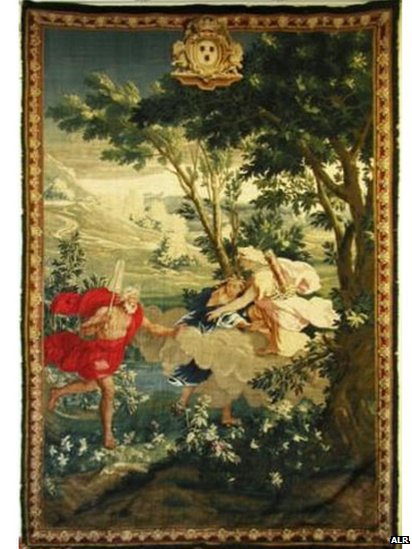 The Louis XIV tapestry was stolen from the Château de Versainville in Normandy during the Nazi occupation of France.

It was bought on the open market by the University of Sheffield for around £1,300 in 1959.

The university discovered the tapestry was stolen when it looked to sell it in 2013.

It worked with the Art Loss Register (ALR), an international company that tracks down lost and stolen art, to "return the tapestry to its rightful home".

The 360cm high (12ft) work was made by Beauvais Tapestry Manufactory in around 1720.

It shows a scene from Ovid's Metamorphoses and would now "easily be worth tens of thousands of pounds", according to James Ratcliffe, of the ALR.

A university spokesperson said: "The tapestry was looted at a time when Comte Bernard de la Rochefoucauld and his wife were both imprisoned in concentration camps.

"Comte Bernard was an active member of the French Resistance before his arrest in Paris in 1943."

He died in 1944 as a result of his treatment at Flossenburg concentration camp. His wife survived the war.

Two other tapestries taken by the Nazis at the same time are still missing.

Château de Versainville is now owned by Comte Jacques de la Rochefoucauld, the descendant of Comte Bernard's brother, and has been significantly renovated.

Comte Jacques said he was "delighted and touched by the generosity of the University of Sheffield" in returning the artwork.

"The university has demonstrated respect for those who have suffered from the ravages of war," he said.

"This donation brings us great happiness."

It will be exhibited with a plaque to mark its return to the château, 500 miles from Sheffield. 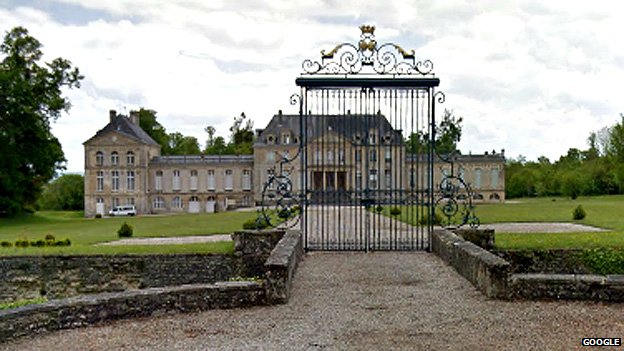 The Louis XIV tapestry was taken from the Château de Versainville in Normandy during the Nazi occupation of France during World War Two.

Mr Ratcliffe, who is director of recovery at the ALR, said: "In practical terms it, would have been difficult, though not impossible, for the university to sell it without acknowledging the Comte and the object's past.

"But there are no laws that would have forced the university to return it like this. That is undoubtedly an act of generosity."

Since it was established in 1991, the ALR has tracked down lost and stolen art to a value of more than £200 million.