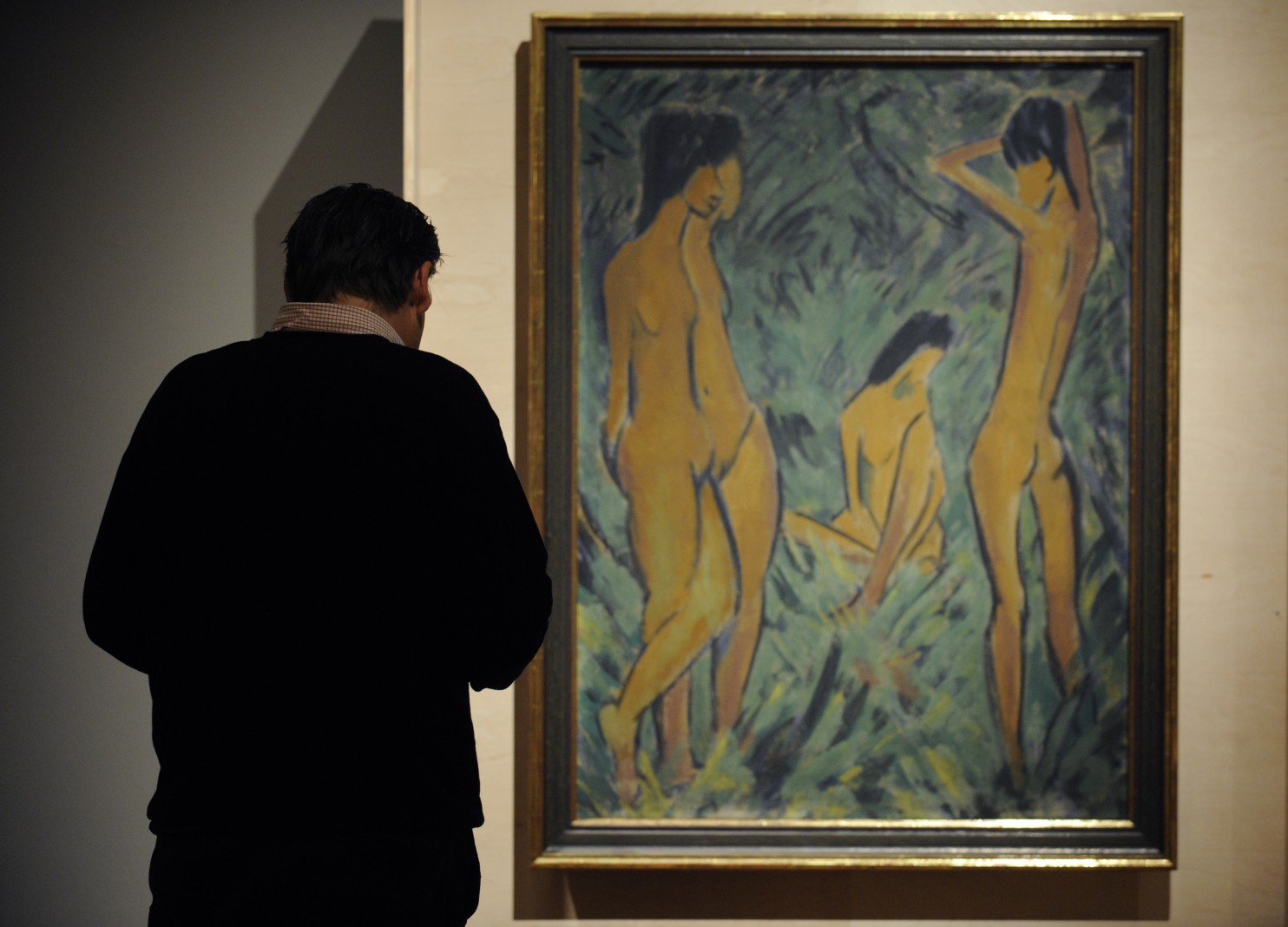 A 1919 painting by German artist Otto Mueller is shown at an exhibition at Berlin’s Jewish Museum. The exhibition detailed the looting of Jewish art collections by the Nazi regime before and during the World War II.

Paris - Since the discovery of a long-hidden trove of master works in Germany last year, advocates have sought to shine a spotlight on looted artworks hiding in plain sight.

In other words, those hanging on the walls of Europe’s great museums.

Enter France, known as the art attic of Europe before the onset of World War II and where tens of thousands of works were dispossessed from Jewish families by the occupying Nazis. Today, more than 2,000 pieces returned to France after the war, including canvases by Claude Monet, Peter Paul Rubens and Max Ernst, remain in the custody of the Louvre, the Musee d’Orsay and other celebrated French institutions.

Under pressure for years to get such paintings to their rightful owners, French officials have launched an effort aimed at trying to clear the books on looted art. Instead of waiting for claimants to come forward, authorities are actively seeking to trace the provenance, or ownership backgrounds, of some pieces as they belatedly try to unravel war-era mysteries.

But critics are decrying the French operation as too little, too late. At best, they say, museum officials here are still failing to make restitution a priority and, at worst, are dragging their feet in order to hold on to valuable works. The lumbering effort to find the owners of France’s orphaned art, critics contend, illustrates the lack of commitment by European governments to finally finish the job of returning property looted by the Nazis.

“What we get are fine words but not necessarily deeds,” said David Lewis, co-chair of the Commission for Looted Art in Europe, a nonprofit body based in London that advocates on behalf of claimants. “Museum directors and curators begin to think of their collections as theirs and don’t wish them to be disturbed.” 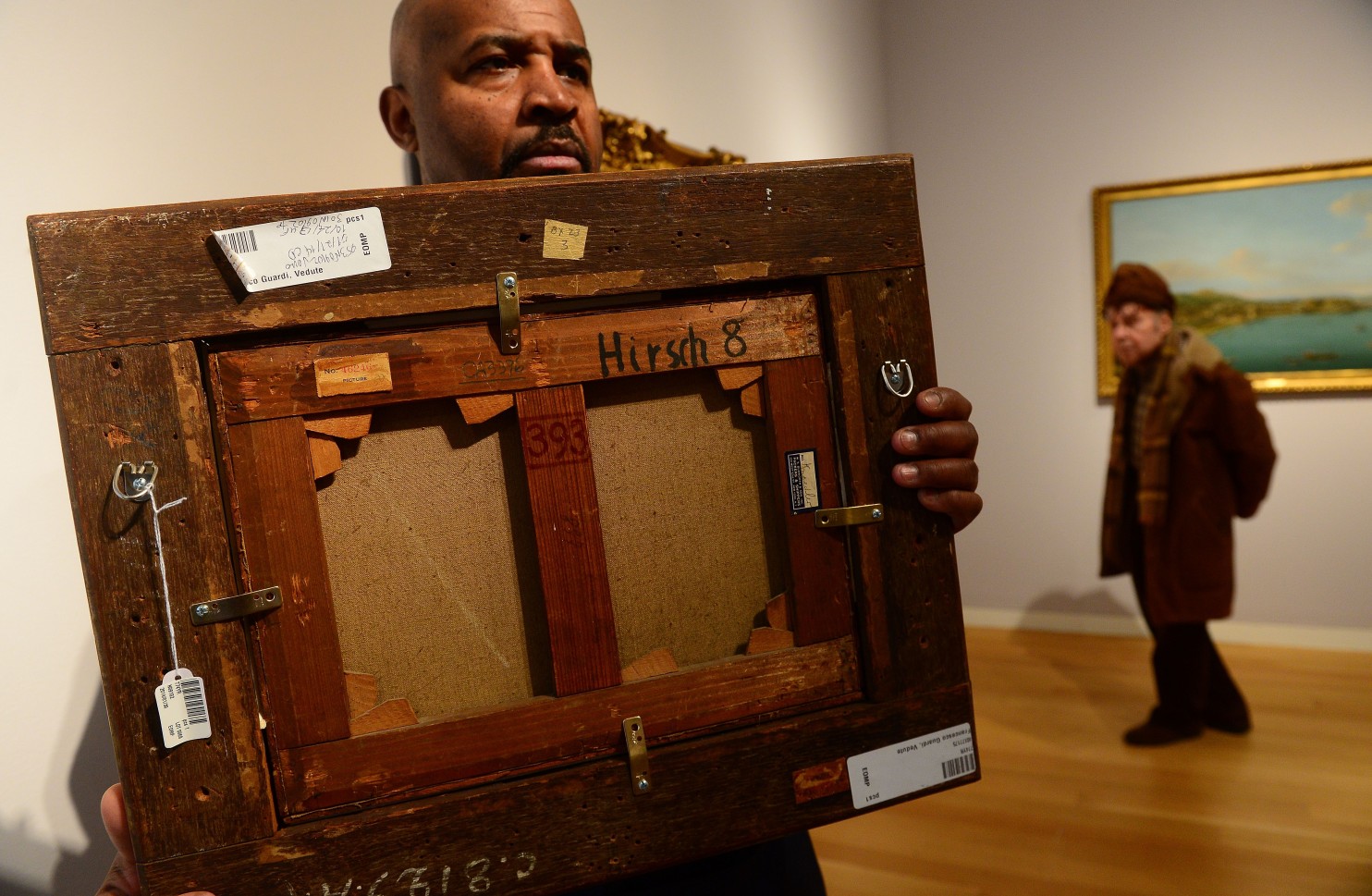 A Sotheby’s employee holds a painting that was looted by the Nazis during World War II from a banker.

In 1998, 44 nations signed a landmark deal in Washington on assets looted by the Nazis, adopting a set of principles including the goal of identifying and returning looted art. Since then, however, the process has moved forward in fits and starts, with nations pursuing such goals with varying degrees of commitment.

Yet for each step forward, there have been complications and setbacks. Last year, for instance, a restitutions commission in the Netherlands ruled that three works in Dutch museums were the products of a distress sale by Richard Semmel, a Jewish industrialist persecuted by the Nazis. But it agreed to return to his heirs only one minor work because the museum that owned it “had little or no interest” in the painting. The commission refused to restitute two more significant works, saying the rights of his heirs carried “less weight” than those of museums that currently owned them.

Here in France, tens of thousands of works were restored to their rightful owners in the years immediately after the war. But outraged critics have blasted authorities for returning only 77 works — or less than 4 percent of the orphaned art collection — since 1951. France’s culture ministry launched a new battle plan last year. A team of 15 experts was assembled to identify surviving heirs unaware of their rightful claims.