April
The Telegraph 29 May 2014
By Justin Huggler 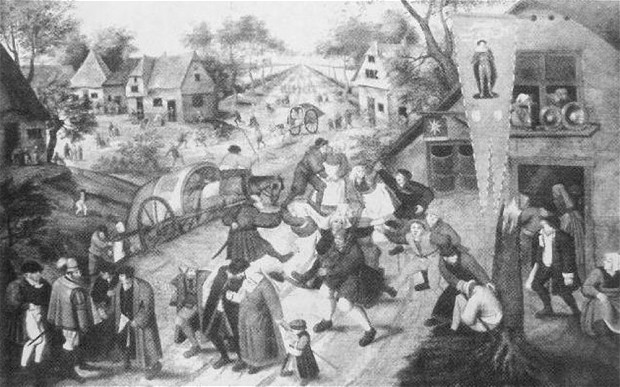 A German auction house has made its records from the Nazi era public for the first time, in what could be a major breakthrough in the quest to recover art works looted during the Second World War.

The auction house’s then-owner Adolf Weinmüller is not a household name. But when the “Monuments Men” – the Allied officers in charge of saving looted art – seized a hoard of paintings, sculptures, tapestries, drawings and candlesticks from him at the end of the war for investigation, the list of items ran to 13 pages.

That’s almost three times as long as the list of artworks temporarily taken from fellow art dealer Hildebrand Gurlitt – many of which were eventually found in 2012 in the Munich flat of his reclusive son, Cornelius.

And it was only a fraction of the looted artwork that made its way through Mr Weinmüller’s auction house during the Nazi era: he sold a total of 32,000 works of art between 1936 and 1944, many of them stolen from Jewish families and conquered peoples.

Until recently, the Neumeister auction house has always claimed its records of that era were destroyed in an air raid. But last year it said it had discovered annotated catalogues from the time in a basement filing cabinet.

And this week it has made the information from those catalogues freely available on the Internet – the first time any German art dealer has publicly released its records from the Nazi era.

Their publication is the initiative of Katrin Stoll, who took over the auction house in 2008, and has no connection to Mr Weinmüller.

“I feel very fortunate to have this difficult task,” she told the Frankfurter Allgemeine Zeitung newspaper.

Names and images of artworks that were sold can be freely browsed on lostart.de, the German government website for recovering looted art. The website does not list who bought the artworks, but anyone with a serious claim to legal ownership can apply for that information.

The website does list where Mr Weinmüller obtained the artworks, and the entry “seizure by the Gestapo” frequently crops up. Where some dealers traded in art sold at knock-down prices by Jewish owners fleeing the Nazis, Mr Weinmüller was dealing directly in looted art.

Despite his significance, Mr Weinmüller has remained a shadowy figure. For years no one even knew what he looked like, until a photo emerged a few months ago of a bespectacled, unobtrusive man at an auction.

He successfully lied to the “Monuments Men” about his role during the war, and hid his connections to the Nazi high command. In fact he had risen to wealth and prominence by his loyalty to the party, and counted Martin Bormann, Hitler’s private secretary, amongst his clients.

A previously small-time dealer, he chaired a pro-Nazi trade organisation and took over the Munich arts scene as Jewish dealers were forced out.

Despite investigating him as a high priority, the “Monuments Men” were unable to prove anything against him, or prevent him from reopening his auction house. He held a further 35 auctions before his death in 1958.

After his death the Weinmüller auction house, as it was then known, was sold to Ms Stoll’s father, Rudolf Neumeister, who changed its name.

Experts say the real test of the new initiative will come when legal owners come forward to claim looted artworks. Some of the details of the buyers in the auction house’s records are sketchy, and list no more than a common surname. But others may be traceable, and artworks long given up as lost may finally be found again.