The house of Cornelius Gurlitt, pictured on Feb. 13, 2014, in Salzburg, Austria.

Berlin - The death Tuesday of the man who possessed hundreds of works of art looted by the Nazis has given hope to the descendants of the masterpieces' original owners that German authorities will reveal how the treasures wound up where they did.

But they may have to get past the man's heirs first.

"We hope that this will enable his lawyers and the authorities to release all the documentation, so we can see the history of every work, where it was bought, where it was taken (from) and to identify" the works and their true owners, said David Lewis, co-chairman of the Commission for Looted Art in Europe based in London.

The authorities found the works more than a year earlier while investigating Gurlitt for import tax evasion. Some of the pieces were previously unknown works.

Gurlitt inherited the collection of paintings, prints, drawings and sculptures from his father, an art dealer who traded in works confiscated by the Nazis and who died in 1956.

Some of the works were suspected as having been stolen from Jewish art dealers and Jewish collectors who fled Germany during the Nazi Holocaust. Some were sold at well below their value because the owners had no choice.

Gurlitt's father, Hildebrand Gurlitt, was a Nazi-era dealer of "degenerate art" — an umbrella term used by the Nazi government to describe modern art in general. An additional 238 artworks were found at a dilapidated house Gurlitt owned in Salzburg, Austria. 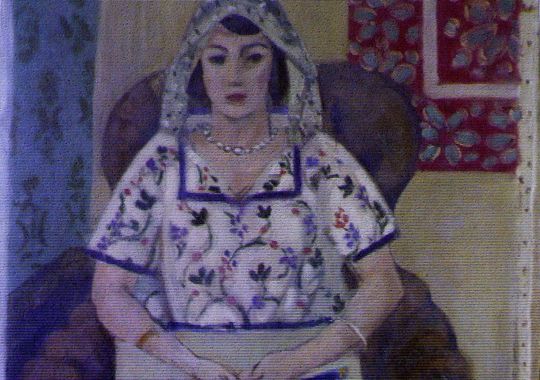 Multiple claims have emerged for "Woman with a Fan," a 1923 painting by Henri Matisse that experts value at up to $20 million.

Jewish groups and art experts criticized authorities for keeping secret the existence of the collection. Once exposed, authorities said at least 458 of the works may have been stolen from their owners by the Nazis.

Gurlitt demanded the paintings back. Authorities agreed to do so in a deal that allowed experts access to the works to determine their origins.

Gurlitt, 81, died Tuesday morning in his apartment in Munich, his spokesman Stefan Holzinger said. It is unclear what happens to the tax case now that Gurlitt is dead, officials said, adding that a lien might be passed on to his heirs — as well as the ownership of the works.

Many descendants of German Jews say the paintings were stolen from their relatives. The Nazis looted many great works of art from collectors and museums in Europe, or forced owners to sell at cut rates.

Art experts say now is the time for a renewed effort to determine whether the works were obtained legally.

James Ratcliffe, director of recoveries and general counsel at the London-based Art Loss Register, told USA TODAY before Gurlitt's death that the collector seemed to indicate that he intended for a substantial amount of the collection to be returned to claimants.

"But the proof of the pudding will be in the eating; we have to wait and see whether that actually happens," he said.

Gurlitt had become more open to allowing experts to examine the origin of the collection. His court-appointed legal guardian, Christoph Edel, said Gurlitt was showing awareness of his "moral responsibility."

The Gurlitt case made Germany a target of widespread international criticism that it was not doing enough to further the cause of restitution, especially for Jewish victims of extortion and robbery. Ratcliffe said German authorities may become even less involved now that Gurlitt is dead.

"It will be interesting to see the extent to which claims are dealt with — whether simply by Gurlitt's lawyers, or whether the German authorities will continue to play a role in this," said Ratcliffe.

For those who say art was stolen, getting any paintings back may be an arduous undertaking.

Multiple claims have emerged for Woman with a Fan, a 1923 painting by Henri Matisse that experts value at up to $20 million. Gurlitt and the family of deceased French art dealer Paul Rosenberg were close to signing an agreement to turn over the painting to the Rosenbergs, but a rival claim prevented the deal.

Gurlitt's lawyers have given claimants a one-year deadline to file claims, but it may be difficult to gather the information to make a claim within that time, Ratcliffe said.

In spite of the complexity of processing claims, Ratcliffe said there was very little chance that Gurlitt would have been able to hold on to the majority of the stash.

"I imagine he would be in receipt of an awful lot of litigation and would be absolutely vilified," Ratcliffe said. "I suppose it is now going to be pretty well impossible for him to sell any of these pictures on the open market."