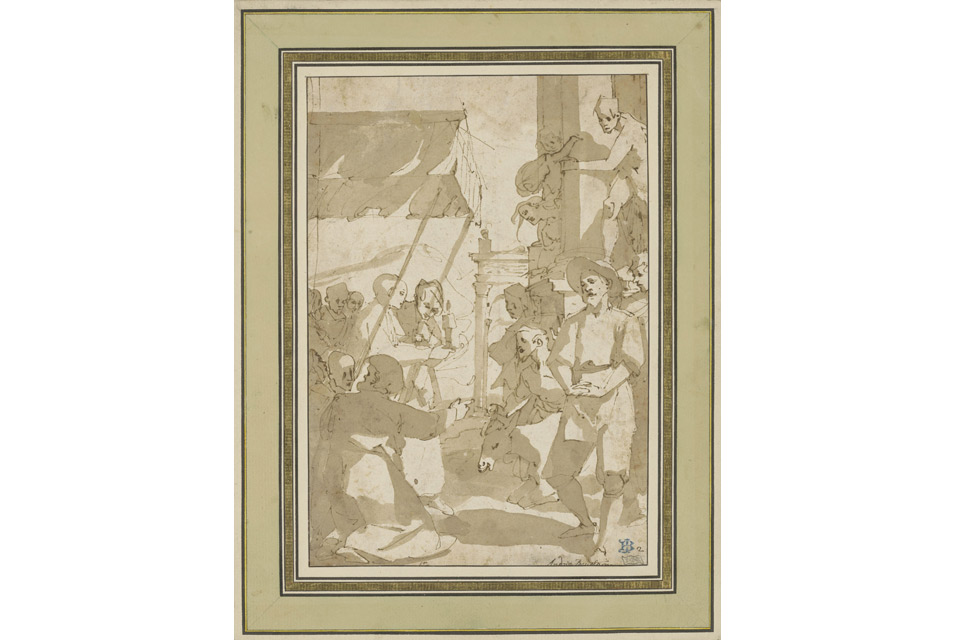 Andrea Boscoli, The Miracle of the Donkey (Scene from the life of St. Anthony of Padua).

The heirs of collector Michael Berolzheimer (1866–1942) will receive restitution for a drawing by Florentine painter and draftsman Andrea Boscoli (1560–1607). The work will remain in the collection of the Staatliche Graphische Sammlung Munich (SGSM) in exchange for financial compensation.

The Holocaust Claims Processing Office first filed a claim on behalf of Berolzheimer’s family in June 2012 after research revealed that The Miracle of the Donkey was once part of his collection. As they did to so many others, the Nazis stripped Berolzheimer of his possessions and forced him to leave the country due to his Jewish heritage.

The SGSM acquired the work, which depicts a scene from the life of St. Anthony, at a May 2003 auction. At the time, the drawing’s provenance was unknown. Berolzheimer’s heirs have decided to allow the museum to keep the drawing in his memory.