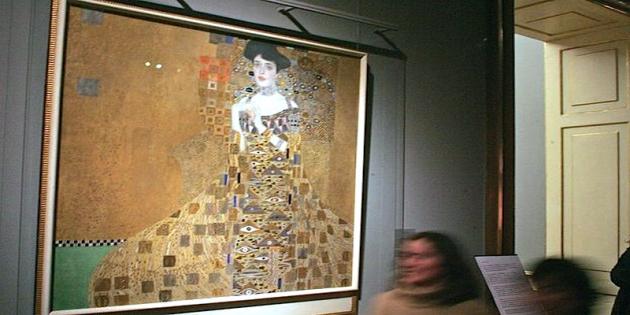 A new film covering the subject of Nazi looted art is about to go into pre-production in Hollywood. This time it will star Dame Helen Mirren. The award winning actress will play the Jewish WWII survivor, Maria Altmann, who fled from Germany to Liverpool in 1938 and then moved to Los Angeles in 1940. She died in 2011.

The film is based on the true story of the niece of the prominent Austrian collector, Ferdinand Bloch-Bauer. Altmann took the Austrian government to court over the ownership of a masterpiece by Gustav Klimt, that was stolen from her wealthy family during the Second World War. The painting wound up in the collection of an Austrian museum and was the subject of ongoing litigation for several years.

The 1907 Gustav Klimt painting, 'Portrait of Adele', depicts Altmann's Aunt with a gold leaf background in the popular Secessionist style of the period. It is one of the most valuable paintings ever sold at auction, realising £180m. It now hangs in the Neue Gallery in Manhattan, a private museum founded by the Estee Lauder family.

The film, Woman in Gold, will be produced by The Weinstein Company who also produced the, not so successful, Monuments Men, a film about Nazi looted art and the experts who tracked down plundered masterpieces at the end the WWII. The current film will be directed by Simon Curtis who previously directed, My Week With Marilyn. The film will also star Ryan Reynolds and Rush star Daniel Bruhl.