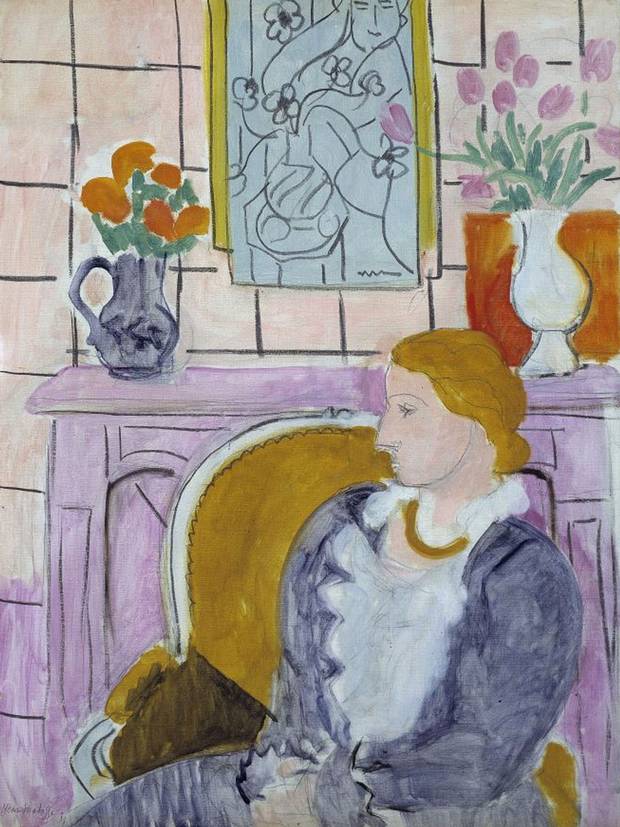 A £20 million Henri Matisse painting that was once part of Luftwaffe chief Herman Goering’s private collection of looted art is being handed back to the family of a renowned Jewish dealer whose vaults were plundered by the Nazis.

The painting, Woman in Blue in Front of a Fireplace from 1937, has been owned by a Norwegian gallery for more than 50 years and toured some of the world’s top exhibitions, including the Tate in London and Liverpool’s Walker Art Gallery in 1962, before it was identified as stolen Nazi loot.

The painting was one of more than 160 taken from a bank vault at Libourne, near Bordeaux, on September 5, 1941, where Paul Rosenberg, a friend and dealer of Picasso and Matisse, left some of his art for safekeeping before fleeing to the United States the previous year.

The art was discovered by a looting party from a branch of the German foreign office that appropriated “ownerless” property that belonged to the Jews. It transported more than 20,000 items of art from France as part of war plunder from more than 200 collections.

The Matisse was given to Goering – at that time at the height of his powers and heir apparent to Hitler - and a voracious collector of looted art who had some 1,500 pieces in his personal collection that was valued at tens of millions of pounds at the end of the war.

The painting passed through other dealers’ hands until it was bought in the late 1940s from a Parisian gallery by Norwegian shipowner, Niels Onstad, who set up the gallery where it has remained.

After the war Mr Rosenberg travelled Europe to find some of his well documented collection – most he had sent on ahead to London and the United States – and recovered valuable pieces before his death in 1959.

But this painting only came to light when Mr Rosenberg’s daughter-in-law, Elaine, now aged 94, spotted it in a catalogue for a major Matisse exhibition at the Pompidou Centre in Paris in 2012, setting in train the claim and return of the painting. Gallery officials and representatives of the Rosenberg family announced the handover of the painting today after more than two years of analysis of the claim.

“The value in this painting lies in its symbolism,” said Chris Marinello, of the Art Recovery Group which was involved in negotiations for its return. “It was part of a life that was taken from the Rosenberg family, a way of life that was stolen by Nazi criminals.”

The issue of the stolen Nazi art exploded to the forefront of public attention last year after it emerged that the authorities in German had seized 1,400 works at a Munich apartment. The paintings had been amassed by Hildebrand Gurlitt, a wheeler-dealing art expert who amassed a fortune in stolen art works while operating as the favoured and trusted agent for the Nazi high command during its campaign of high-art pillage.

His reclusive son had kept them in his safe-keeping. They included another Rosenberg-owned Matisse from the same French vault as from where Woman in Blue in Front of a Fireplace was taken.

44 countries signed an agreement in 1998 on Nazi-confiscated art at a conference in Washington which promoted the return of work to original honours or their heirs. However, the deal is not binding and galleries cannot be compelled to hand over their works.

“The accident of where the work of art is found still determines whether the claimant gets the work back,” said Anne Webber, founder of the Commission for Looted Art in Europe. “There’s an inconsistency in different countries’ approaches.”

The director of the gallery, Tone Hansen, said that it was looking at 18 other works obtained before 1945 but there was no suggestion that they had been looted. She confirmed that gallery had not been paid for returning the painting. “There’s a moral benefit because we’re doing the right thing,” she said.