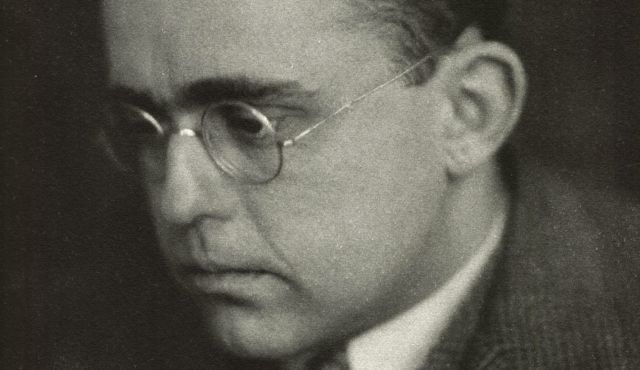 A painting by a renowned German Jewish artist that originally belonged to a Jewish collector, was confiscated by the Nazis and sold at auction decades later to an Israeli is at the center of a legal struggle that has the art world in an uproar.

In May 2000, a public auction took place at the Villa Grisebach auction house in Berlin. Among the items sold was the painting entitled “Korbflechter” ("Basket Weavers"; 1901) by the German-Jewish Impressionist painter Max Liebermann.

The painting’s previous owner was German collector Hildebrand Gurlitt, whose name made headlines in the last year or so due to revelations that he had amassed a huge amount of artwork which the Nazis confiscated from Jews. The late collector's elderly son, Cornelius Gurlitt, is now at the center of a court case that is reverberating through the art world, following the seizure of some 1,300 allegedly stolen paintings from his homes in Munich and Salzburg.

Liebermann’s painting was sold to an Israeli art collector in 2000 for 130,000 marks (about $92,300). As is usual in such transactions, the collector’s name was not made public.

But now, 14 years later, David Toren, an 88-year-old Holocaust survivor who lives in New York and claims that the painting belonged to his family, has become the first American survivor to file a lawsuit against the German government calling for the return of Nazi-looted artwork.

Toren says his family owned the painting before World War II, and he is demanding that the government return it to him – together with another Liebermann painting that the Nazis confiscated from his family which ended up in private hands. The other work, entitled “Two Riders on the Beach,” is also believed to have been painted in 1901.

Toren, a retired lawyer, was born in Germany in 1925. He claims that both paintings belonged to the collection of his great-uncle, David Friedman. Last week, he filed a 19-page lawsuit against the Federal Republic of Germany and the Free State of Bavaria last week in Washington, D.C.

While “Basket Weavers” was sold to a private Israeli collector, “Two Riders on the Beach” was among the huge cache of artwork confiscated two years ago from the apartment of Cornelius Gurlitt in Munich.

After the seizure, the German authorities put the paintings in secure storage. A special team of experts from the Conference on Jewish Material Claims Against Germany, historians and art history experts has been investigating whether the paintings indeed belonged to Jews and were confiscated by the Nazis. It is believed that this was the fate of several hundred of the paintings seized.

Toren's uncle, David Friedman, was a wealthy Jewish businessman who lived in Breslau (today Wroclaw), Poland. His collection contained works by Gustave Courbet, Camille Pissarro and Raphael. He died of natural causes in 1942, but his wife and daughter were murdered by the Nazis. The Nazis seized Friedman’s collection during World War II, and eventually it ended up in Gurlitt’s possession.

Friedman’s heir was his nephew, Toren, whose parents were murdered in Auschwitz; he and his brother managed to escape. On August 23, 1939, Toren reached Sweden as part of the Kindertransport, the organized operation to save Jewish children from the Nazis. His brother found refuge in the Netherlands and later in England.

In 1956, Toren immigrated to the United States with “less than $100” in his pocket, he says. He eventually made his living as a lawyer, raised a family and now lives in Manhattan; he went blind six years ago.

To his lawsuit, Toren appended an affidavit issued by the economy ministry of Nazi Germany in 1939, stating that the two paintings were owned by Friedman.

Toren claims that in negotiations held recently with Gurlitt’s lawyers in an attempt to regain the allegedly stolen paintings, the lawyers asked for a between 100,000 and 300,000 euros in exchange for them.

An expert in the return of stolen art told Haaretz that it is impossible to find out the identity of the Israeli collector who bought "Basket Weavers" in 2000.

For his part, the director of Villa Grisebach says that he cannot remember this specific sale “after so many years.”