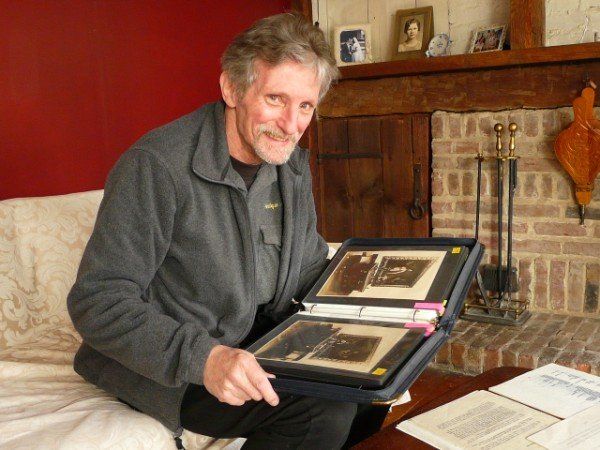 DELAWARE TWP. — Tony Sundstrom, 66, of Delaware Township and his brother are heirs to a fortune in antique porcelain and priceless oil paintings. At least they would be if it all hadn’t been stolen during World War II.

Sundstrom’s mother, Mariella, was a Hatvany. The Hatvanys made their money in agriculture and had been awarded an aristocratic title for making sugar beets a major crop in Hungary. Mariella was a baroness and lived in a palatial mansion in Budapest, Hungary. The place was filled with antique furniture, tapestries, paintings, sculpture and porcelain. 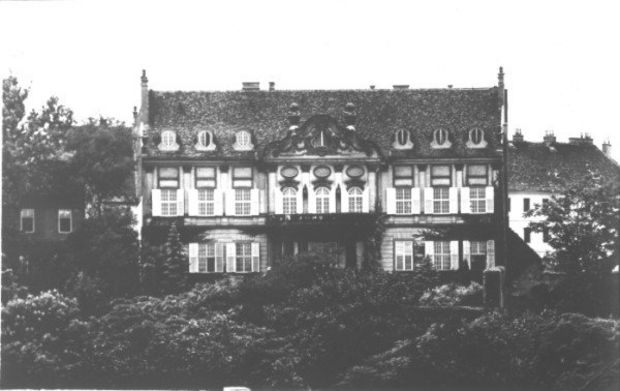 The Hatvanys were of Jewish ancestry, so when the war drums started beating, Mariella moved to America in 1938. “My mother was ripped out of a fairy tale, and just came over here and went to work,” leaving her baronial title in Europe, Sundstrom says. But when the Nazis overran Hungary, her grandmother and one of her uncles were hidden by neighbors' servants in caverns beneath the neighborhood, and they eluded capture for the duration of the war. The mansion and all its treasures were left behind, and in 1940 German SS officers moved in. Later waves of fighting men of a variety of nationalities swept through Budapest. 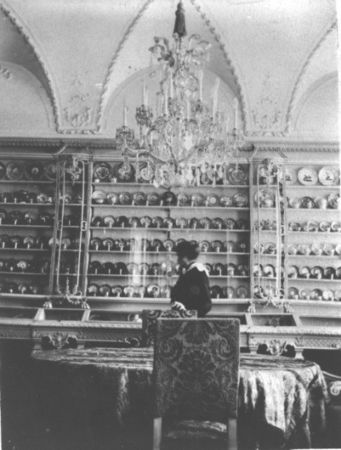 He doesn’t know who all had access to the mansion. But what he does know is that when the dust settled and the new communist government seized the Hatvany’s agribusiness empire, warehouses and residences, the Budapest mansion had been stripped of its furnishings and artworks. The building is now a museum of music history. 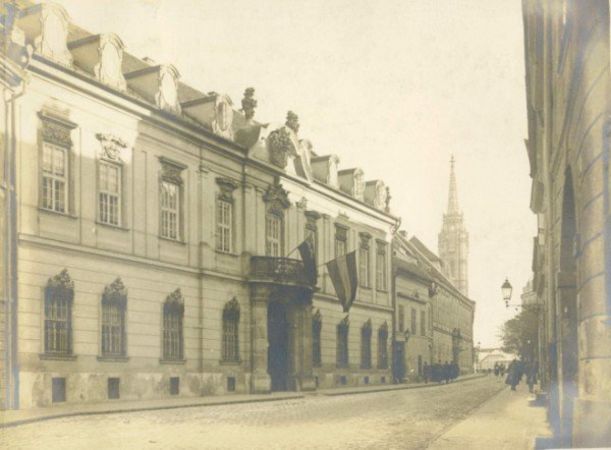 During the war, Mariella was living and working in New York City, making weekend visits to the farm that her aunt Antonia Hatvany, another former baroness, had purchased in 1936 off the Lambertville-Headquarters Road in Delaware Township.

Eventually, Mariella married and made her home there, too, raising her two sons in a rebuilt and converted barn. She taught ancient history and art history at Solebury School in Bucks County, and her husband, Ed Sundstrom, worked at the Princeton University bookstore. The boys attended the Solebury School, and Tony took to visiting Schuck’s garage in Stockton, learning how to fix cars.

Although Tony made his living fixing and restoring vintage vehicles, he now depends heavily upon Social Security. He still resides in the house he has lived in since he was one. His brother, Tom, 71, lives in Vincentown, suffering from a succession of medical problems. For the past 10 years, the Sundstroms have been clients of Klein, Solomon & Urbach, a law firm that helps Holocaust survivors and their heirs to recover property seized before and during World War II.

Although Tony has been hoping his family heirlooms would turn up for a long time, two recent events have caused his hope to burn a little brighter — seeing the movie “The Monuments Men,” and the discovery of 1,400 pictures in Munich, many of which may have been stolen by the Nazis.

“The Monuments Men” stars George Clooney. Tony found it “thrilling and encouraging.” It is about a platoon sent into Nazi Germany to rescue stolen art masterpieces. And the Hatvany collection may have enough star quality to be in their own movie. A pre-war inventory of the Hatvany paintings includes works by many substantial names from the 1400s-1800s, including Domenico Tintoretto, Il Guernico, Sebastiano Ricci, Sir Joshua Reynolds, Theodore Rousseau, Sir Thomas Lawrence, Ferdinand Georg Waldmuller, Aert van der Neer, Theodor Rombouts, Sir Peter Lely, Jan Van Goyen and more.

In Munich authorities seized 1,400 paintings, drawings and prints from Cornelius Gurlitt, the son of an art dealer who had dealings with the Nazis. They are currently trying to figure out which ones are Nazi loot. None of them are from the Hatvany mansion, Tony says.

But the next cache uncovered might be. “Ninety percent of the artwork stolen by the Nazis hasn’t been recovered yet,” Tony says. The Hatvany treasures could have been carted away to other countries, or kept in Hungary, hidden in basements or caverns. Tony has no clue; he’s “hoping for a break.” As people die and real estate changes hands, there is a slow churning that could one day turn up a piece that will lead back to the mother lode.

Or someone who fled Hungary long ago and settled in one of the Hungarian enclaves in Trenton or New Brunswick will read this story, get in touch with Tony’s attorney Mel Urbach at melurbach@me.com, and say, “I know something. I saw the trucks going away from the Hatvany palace.”

Even if some Hatvany treasure is found, it is far from certain that it will just get handed over to him. Whoever is holding it now may be a link in a chain of good-faith purchasers who had no idea they were buying stolen property. In that case, Tony says, “We deal,” and make “a reasonable, mutually agreeable settlement.”

Tony is more hopeful than confident that European riches will rain down to enable him and his brother to have better lives. But to him it’s worth a flirtation with fortune. “If you don’t go up to the pretty girl and ask her out, she’s not going out with you,” he says with a philosophical smile.