An act allowing the heirs of Holocaust victims get more powerful leverage to claim their property, i.e. the works of art looted by the Nazis, is being debated by Bavarian legislature.The bill is named after Cornelius Gurliit - a Munich pensioner and owner of a spectacular collection of modernist paintings, drawings and watercolors. The Art Management Group and former Head of the Art and Antiques Union of Scotland Yard Richard Ellis and Gurlitt’s representative Stephan Holzinger explained to the Voice of Russia the legal aspects of the intricate "treasure hunt". 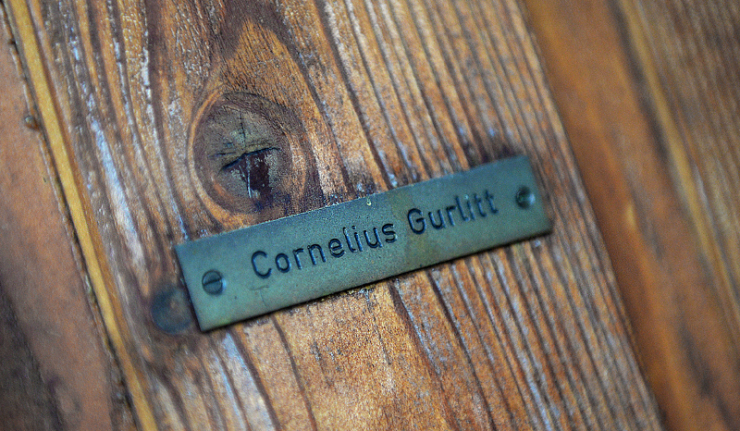 After numerous allegations that the pieces in possession of Cornelius Gurlitt, 81, have been forcefully obtained during the NS-era and the call to publish full list of the treasures, the lawyers representing the collector launched a web-site to answer questions about the Munich hoard.

For the time being, there is little hope for claimants to get anything back because the restitutionissues are not regulated by German law.

In 1998, Germany quitted the so-called Washington Principles, that suggested to examine whether any definite work of art was looted or not and to find a fair solution together with the claimant.

In 2001, Germany adopted similar national principles, which still have no legal force. For example, almost every involved in a restitution dispute German museum legally refuses to cooperate on this issue, as says the Gurlitt official webpage.

On the other hand, Cornelius Gurlitt on the other side declares his willingness to collaborate. That’s to say – to find a fair decision on each claim, which can be a sale of a certain work of art in mutual interest or a certain private settlement.

Thus this step towards an open dialogue with the claimants undertaken by Mr. Gurlitt looks like a polite gesture or a tricky PR-move which is far not the case, as his representative Stephan Holzinger told the Voice of Russia:

"Mister Gurlitt is feeling very sick. Although he knows that we do deliver his statement, he is very anxious about the journalist storming his house as all of his life he sought for privacy. Thus even at the age of 81 this makes him nervous."

The Art Management Group expert and former Head of the Art and Antiques Unit of Scotland Yard Richard Ellis exclusively told the Voice of Russia that even if Germany will change its laws considering the looted art, the Gurlitt collection will remain out of legal prosecution.

Mr. Ellis, please tell us a bit more about the Art Management Group…

The Art Management Group is an umbrella organization, a group of experts who provide services to the art market. So we are made up of conservationists, scientists who examine objects of antiquity and environmental specialists, collection managers and so on. So we are a group of experts providing specific requirements and services to the art market and to the institutions.

Who are your clients?

What about the Gurlitt case. Are you somehow involved in it?

We're not involved in the Gurlitt case. It is so specific that I think you will have difficulties finding anyone involved in it except some advocates and lawyers, because it is a very interesting and quite a unique case. It is obviously fringing with the Holocaust looted art, but it is mostly degenerated art, as Nazis named it and so it doesn’t fall precisely between the artworks looted from families, so it sees a lot from the German museums.

But still for some reason he opts for full transparency, creating his own website and declaring himself open for a dialogue… Does it mean he is "not guilty"?

The initial reaction when the collection was publicized and that it has been seized by the German authorities was that, of course, this was all looted art and that there are families of relatives of victims of Holocaust who will claim their artwork back, there was a huge moral outcry that this man was in possession of all these paintings.

The legal situation is somewhat different and this is why he has gone through the moral pressure and started his website and declaring and making public what he owns. At the same time he is very publically declaring that this is his art collection and that he owns it legitimately. And when you look at a legal process that let’s say a victim of the Holocaust or their heir would have to go through it is difficult enough in normal circumstances, but it is very unusual that art works stolen in Germany, the degenerate art, seized by Nazis is returned.

The law, the original 1934 law, is still standing in Germany and is seen by the government as a good law. It legitimizes German governments to seize Jewish art works and they then resell this and the placed a lot of it with Gurlitt’s father who at that time was a leading art dealer. So there is a legal argument that Gurlitt is procuring that this is an art work that he has inherited from his mother in 1968. So it a very legally complex matter and this why I say that you will struggle finding anybody who is directly involved in it other than a handful of lawyers.

So basically you think that they can’t set a criminal case and that the civil causes can last for ages.

Oh, no. There will be a criminal case and I say that because of the time factors and because of the history one also has to remember that following  World War II this art collection was seized by the allies and it was held for a couple of years and then automatically returned it to Gurlitt’s father. So there is an argument for saying that this collection which was firstly repossessed by the allies following the war and was then returned to Mr. Gurlitt Senior as the rightful owner.

And I was also reading that this collection or part of it was loaned to an exhibition in America in the 1950s or 60s. So this is a collection, and the lawyers will argue this, that has been known about for decades and anybody that wanted to make a claim was free to make it. So because of this the claims that will be made now will be subject to time factors, to limitation periods, and lawyers for Gurlitt will argue that any claim is out of time. And they will seek the court to dismiss the claim. So there are several legal factors that argue that Gurlitt has the rightful claim whether it is the moral or the ethical claims, this can’t have a matter.

But he suddenly has appeared to have a legal claim and he sides the moral issue by declaring everything on his website and saying that "I am happy to talk". There will be probably one or two of thousand that have been declared as looted and he may actually fall to the moral pressure and return them to the claimant but I think it is unlikely.

There is an opinion saying that he actually cannot do anything with these pictures, just because due to this moral pressure and issue no notorious auction will take his pictures. So he is practically forced to return some of them…

If the law is on his side then he doesn’t have to return them. He is making the collection public and traceable. Anyone can make a claim. Now… This claim will be heard in the German court and I don’t think that the court will be on the side of the claimant and I don’t think they would succeed. So their best option and certainly the cheapest option and the quickest option would be to mediate with Gurlitt himself or his lawyers and see whether you can persuade him in some part of his works of art. Left to the court and the lawyers they will find that the law is on his side and this is certainly no case within the criminal law for there to be a prosecution for the possession of any of these art works.

So how do you think the story might end?

There is another side of it, because the art collection was seized be the German authorities and they might have a fiscal legal argument and that Gurlitt may not have paid all the taxes that might be due. That will work itself out after which I suspect the German authorities will hand everything back to Gurlitt and it will be left to private individuals or institutions to sue claims with Gurlitt. Interestingly, it may actually result that the Germans will change their laws but whether they will make these changes retrospective, so that the Gurlitt case can be heard within the new law will have to be seen. It’s quite unusual for laws to be retrospective.

Well, but they already did it. For example, the Foreign Minister said they are about to organize a commission that will trace looted pieces of art in German museums and point at those works that should be returned to original owners or their heirs. Isn’t it already a big "retrospective" step?

There will be this commission that will still be bound by the existing laws so I don’t think the Commission can order Gurlitt to give the paintings back, they can only search and locate pieces of art that may have been looted. There will still be a legal process by which these objects can be returned to claimants. And if Gurlitt decides to fight that, then I suspect that the law will be on his side.

Still the story as transparent as it may seem to the lawyers is not that simple. For example, Stephan Holzinger refused to comment on the reasons why the collection came to public light only in the end of 2013, given that it was well known about.