U.S. Again Asks Court to Ignore Russian Defiance of Chabad Judgment, and for Advance Notice to Hinder Plaintiffs’ Exercise of their Rights

In response to the recent request by the Agudas Chasidei Chabad plaintiffs for an interim judgment on the compounding sanctions judgment for the Russian Federation’s refusal to comply with a 2010 judgment to return the ancestral library of the movement’s leader (Rebbe), the United States has filed a statement of position and asked the U.S. District Court to ignore Russia’s willful defiance of that judgment.  The statement of position cites some credible post-judgment remedy law, but it is mostly a re-hashing of the previously statement filed by the U.S. which the court declined to adopt when it sanctioned the Russian defendants last year.  The U.S. position also continues to argue that letting diplomatic avenues run their course is the prudent move, even though there is not the slightest indication that Russia is paying U.S. diplomats any mind whatsoever.  More worriedly, the U.S. asks that the plaintiffs be required to advise the government before taking any further action.  It is hard to avoid the irony that the United States is asking for an order that its citizens be required to advise the government of their intent to vindicate their rights against Russia.

As always, the lingering uncertainty created by this case potentially affects any art restitution case against a foreign government, of which are several pending right now.  The Chabad case implicates either what we will call the Catch 22/Yossarian corollary to Kant’s Categorical Imperative: so long as Russia defies an FSIA judgment for cultural artifacts, then other European countries facing, or found liable for restitution under the FSIA would “certainly be a damned fool to feel any other way.” 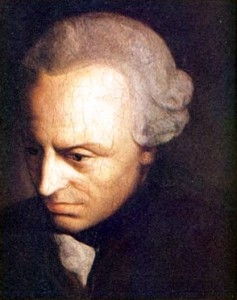 A few key points are important to remember.  The plaintiffs are asking for an interim judgment, which is undoubtedly an unusual remedy.  They have made the argument that but for such a remedy, the sanctions judgment will continue to grow and nothing will ever happen.  The challenge they face are the structural limitations in the Foreign Sovereign Immunities Act, which constrain execution on the property of foreign sovereigns.  The U.S. pointed this out originally in opposing sanctions, and now again in opposing an interim judgment.

The problem with the U.S. position paper is one of credibility.  The tone of the filing drips with condescension for the judge that entered the sanctions; it even attaches an internal letter directing the filing that smugly dismisses the logic of the 2013 sanctions decision. As a matter of advocacy, judges are rarely impressed with litigants telling them that they simply got the question wrong.

Even getting past that, the insistence that diplomatic efforts remain the best avenue is objectively wrong.  Since the last filing that made the same assertion, Vladimir Putin simply transferred part of the library to a Jewish museum in Moscow, declared that to be an adequate solution, and pronounced the dispute to be over.  While he was doing that, the Russian foreign ministry was openly mocking the United States and its judicial system, apparently missing the irony of arguing that a judge ignoring the Executive Branch’s wishes on sanctions was somehow a puppet of that administration.  Does the government claim these embarrassments as a product of its vaunted diplomacy?  Four years after the judgment, and three years into a harmful (and unfounded because of the Immunity from Seizure Act) cultural artifact loan embargo, what does the government believe could get worse?  In fact, the reverse is true.  Anything would be an improvement at this point.

The only serious argument that the government makes is buried within its brief, namely, that a judgment against Russia implicates the foreign policy of the United States, traditionally reserved for the Executive Branch.  The problem is that while true, that is true of any judgment under the FSIA, and does not simply abrogate the law.  If the court were exercising its inherent powers that would be one thing, but it is considering a remedy under an express grant from Congress.  And since it is hard to believe the U.S. has done, or is capable of doing anything effectively to right the situation diplomatically, the argument fails to persuade.

The last aspect of the government’s request is the most troubling for a judgment against a country with serious issues when it comes to the rule of law.  After repeating its unpersuasive arguments of two years ago, the U.S. concludes with this Orwellian formulation:

“should the Court grant Chabad’s motion, the Court should direct Chabad to provide the Court and the United States with advance notice of any efforts to take any additional steps to enforce the Court’s interim judgment or specific performance order, in the manner described in Chabad’s motion or otherwise.  Such notice would permit the United States to make a timely, considered determination as to what steps it might need to take to protect its interests.”

The Russian defendants may not be the only party deserving of sanctions before this is through.