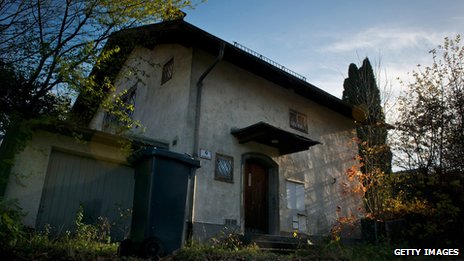 Art collector Cornelius Gurlitt, whose works were seized by German police in 2012, is in talks with claimants about art allegedly looted by Nazis.

Hannes Hartung, Mr Gurlitt's lawyer, said the claims involve 40 pieces - more than 1,400 works were confiscated from his flat in Munich in 2012.

Many are believed to have been stolen during World War Two.

He said the site was meant to "make clear anew our readiness for dialogue - toward the public and toward possible claimants."

A statement from Gurlitt is published on the site, which reads: "I only wanted to live with my pictures, in peace and calm." 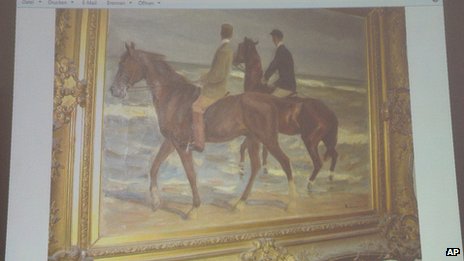 He also said some of what had been written about him was untrue or not entirely true.

Mr Hartung said in a statement that his client's case was being treated more harshly than those of other public and private collections in Germany, which may also be in possession of stolen art.

The collection, which includes pieces by Marc Chagall, Pablo Picasso, Henri Matisse and Otto Dix, is estimated to be worth $1.35bn (£846m; 989m euros).

Works by Renoir, Monet and other French impressionists were among the 60 or so pieces, Mr Hartung told BBC News.

Mr Gurlitt denies any of his works were looted but Jewish groups want further details.

The 81-year-old is the son of the Nazi-approved art dealer Hildebrand Gurlitt, who died in 1956.

Hildebrand Gurlitt was described by the Claims Conference, a Holocaust restitution organisation, as "one of the four art dealers commissioned by Hitler to handle stolen art".

"Therefore the origins of his inheritance should be checked," it said in a statement.

The Claims Conference has called for the publication of a list of the works found at Mr Gurlitt's Austrian home but Mr Holzinger is reported to have turned down the request swiftly, claiming that an initial analysis appeared to suggest that none of the works was stolen or extorted by the Nazis.

"It's a private collection," Mr Holzinger told the AFP news agency. "If one were to follow that logic, all the collections in Germany would have to be published."