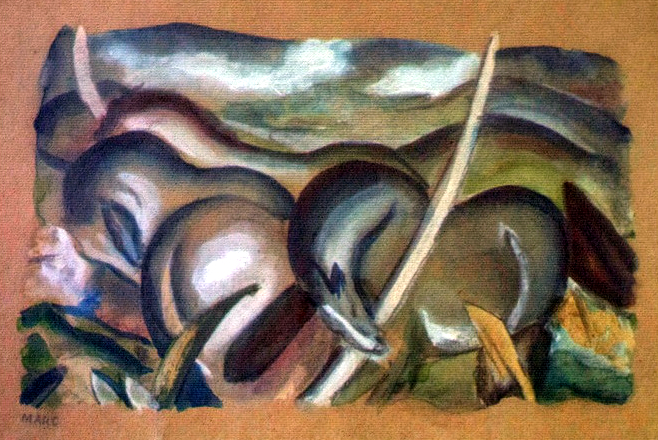 An additional 60 works of art have been found in the possession of the now notorious German art collector Cornelius Gurlitt. The find may pale in comparison to the 1,400 or so items seized from his Munich flat in 2012 (details of which were only revealed to the public in November last year), but this latest clutch includes more paintings by some of the most significant artists of the 19th and 20th centuries, including Monet, Renoir and Picasso. They were being stored in the reclusive collector’s second home in Salzburg.

The extraordinary revelations about Gurlitt’s secret collection have rumbled away since the story broke last year. Gurlitt inherited the works from his father Hildebrand (an art dealer from the Nazi era). Hundreds from the original cache are alleged to be Nazi loot, with investigations ongoing. Stephan Holzinger, a spokesman for Gurlitt, confirmed that the latest 60 are also being examined to determine whether they are stolen works, but asserted that ‘after an initial assessment that suspicion is not confirmed’.

It seems remarkable that they should only now have come to light. The original cache, let’s not forget, was discovered almost two years ago. Surely enquiries must have been made, at some point, into the contents of Gurlitt’s second flat? The German authorities were broadly criticised last year for their failure to provide details of the original find: the Austrian authorities told local media they were unaware of this one. Instead, Holzinger has said that the works were secured at the request of Gurlitt’s own lawyer, Christoph Edel, to protect them from possible theft.

But why declare them now? Gurlitt has always insisted that his father acquired the paintings legally, and it’s to the good that these ones should be brought to light and examined with the rest. But if 60 works have been inexplicably overlooked for so long, what’s to say there aren’t others still under wraps?