Do We Need to Send 'Monuments Men' to MoMA? 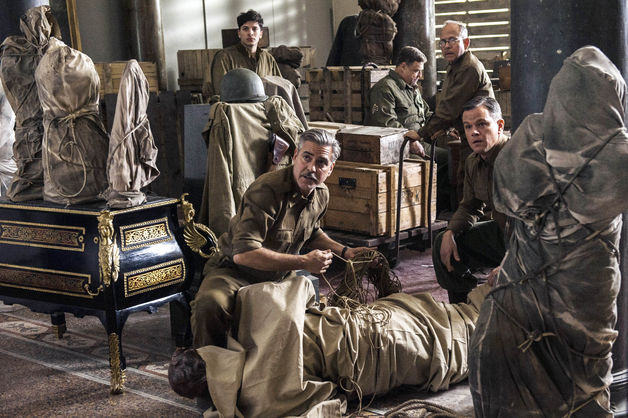 This week marks the release of the George Clooney film "The Monuments Men," starring Clooney, Matt Damon and Cate Blanchett as the leaders of a team of 345 men and women, from 13 nations, that went through Europe in search of the Nazis secret stash of priceless, stolen artworks so they could be returned to their rightful owners. The important job of returning art stolen by the Nazis – most of it taken from Jewish families fleeing persecution – has been underway since the end of the war itself, as the movie attests, but it remains very much a work in progress.

Several museums, including the Smithsonian in Washington and the World War II Museum in New Orleans, have planned new exhibitions timed with the release of Clooney’s movie, which is based on a book by Robert Edsel. Yet at least one leading museum, The Museum of Modern Art in New York, has nothing scheduled. This isn't a surprise: For years, MoMA has thwarted efforts to determine whether works obtained by its founding director, Alfred H. Barr Jr., were stolen by the Nazis.

By my count -- as detailed in a November 2011 article I wrote for ArtNews -- the museum has nearly 45 artworks in the collection that it admits have “provenance gaps.” Many were bought by Barr through Nazi-approved art dealers, such as the New York gallery owner Curt Valentin, who acted as middlemen for pieces the Nazis did not want -- they were considered "degenerate" -- but had not yet destroyed. A 1965 MoMA document lists 29 paintings in the MoMA collection by 16 artists “which were formerly in German collections and were designated ‘degenerate art’ under the Nazis.” It includes three paintings -- by Max Beckmann, Paul Klee and Emil Nolde -- that Barr arranged to have bought at an infamous auction held in June 1939 in Lucerne, Switzerland, in which the Nazis sold art to raise money for the war effort. (Barr was well aware of the unsavory nature of the sale, writing to a colleague shortly thereafter: “I am just as glad not to have the museum’s name or my own associated with the auction ... I think it very important that our releases on our own German acquisitions should state that [the works] have been purchased from the Buchholz Gallery, New York" -- which belonged to Valentin.)

Matisse’s famous "Blue Window," a gift from Abby Aldrich Rockefeller to museum, which had once been in the Folkwang Museum in Essen, Germany, was also on the MoMA’s 1965 list. MoMA produced another list in 2000, as part of testimony for the Presidential Advisory Commission on Holocaust Assets, of 15 artworks in its collection for which it again admitted it had provenance gaps.

Nevertheless, the museum continues to deny that any artwork in its collection was stolen by the Nazis. And it has been been bolstered by the court system, which has handed MoMA a number of legal victories, including ruling that the statute of limitations had run out on claims made by the heirs of the German expressionist George Grosz who were seeking the return of three works taken from the Jewish dealer Alfred Flechtheim before the war.

Thanks to "The Monuments Men," the issue of artwork stolen by the Nazis during World War II will return to the zeitgeist. It’s time for the MoMA to face up to its past, even if that means giving up artistic treasures. There is never a statute of limitations on doing the right thing.

(William D. Cohan, the author of “Money and Power: How Goldman Sachs Came to Rule the World,” is a Bloomberg View columnist.)