Full list of Munich art cache could soon be revealed

An Augsburg court has ruled that officials must hand over the titles and sizes of works to a German reporter, but public prosecutor’s office is appealing the verdict 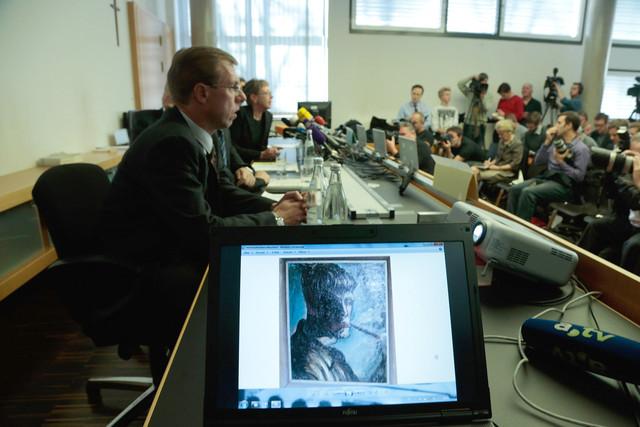 At a press conference on 5 November 2013, officials revealed just a few of the more than 1,400 paintings found in Cornelius Gurlitt's Munich apartment. Photo: Johannes Simon/Getty Images

A journalist at a German daily newspaper has won the right to see the titles and sizes of works in Cornelius Gurlitt’s controversial art cache, discovered by police in Munich. The Administrative Court of Augsburg has ruled that the public prosecutor’s office must hand over the information to the reporter in accordance with Bavarian press law. However, the court’s verdict, which was announced today, is not yet final as the prosecutor’s office is filing an appeal.

Although the public prosecutor’s office in Augsburg confiscated around 1,400 works of art from Gurlitt’s Munich apartment in 2012, the discovery only came to light late last year. Almost 600 of the works are suspected to have been looted during the Nazi era. To date, only a small part of the collection has been made public.