Painting was once owned by a UK arts minister who knew its provenance; questions remain about its attribution to Van Gogh 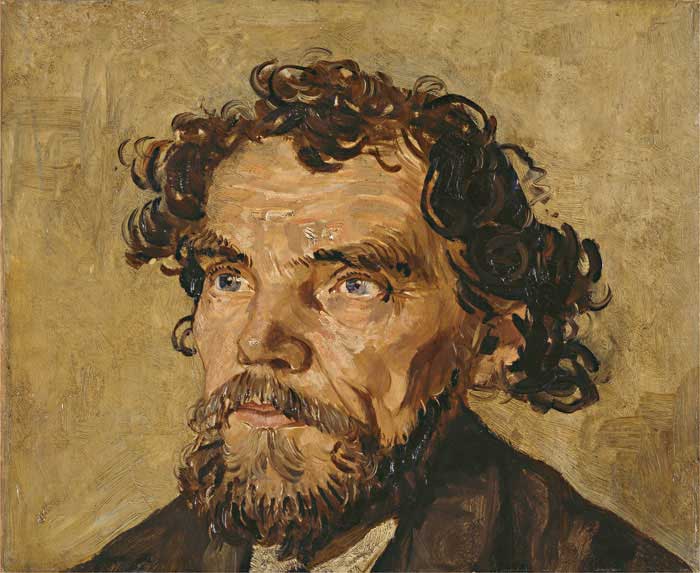 The heirs of Richard Semmel are seeking Head of a Man, 1880s, now at the National Gallery of Victoria in Melbourne

A former UK arts minister bought a Van Gogh painting which he knew had belonged to a refugee who was fleeing from Nazi Germany. The late David Eccles, a Tory minister in the 1970s, owned Head of a Man, which now belongs to the National Gallery of Victoria in Melbourne.

The heirs of the refugee, Richard Semmel, a wealthy Jewish industrialist, have just lodged a restitution claim. The Melbourne gallery says that it is “committed to honouring the principles of the restitution of artwork confiscated or sold under duress due to Nazi occupation”. The attribution of the portrait to Van Gogh has recently been questioned, which obviously would have a huge impact on its financial value.

Eccles, who died in 1999, recorded the purchase in his book “On Collecting”. He had met the Parisian dealer Guy Stein in 1935, who told him that the Van Gogh had come from “a refugee from Hitler’s Germany”. Stein had acquired the picture after it was sold at auction in Amsterdam in 1933 for 2,000 guilders.

Eccles sold the painting just six months later because his wife did not like it. The buyer was another Tory MP, Victor Cazalet, who paid twice as much as Eccles had. He then sold the portrait to the National Gallery of Victoria in 1940.

Last year, Semmel was revealed as the seller of the portrait at the 1933 Amsterdam auction; he had fled from Berlin earlier that year. Following this identification, a restitution claim was lodged against the Melbourne museum by two heirs. Semmel, who eventually settled in New York but lived in poverty, had bequeathed his estate in 1950 to his companion, Grete Gross-Eisenstäd; her granddaughters, now living in South Africa, are making the claim.

The heirs have already made claims against other owners for paintings owned by Semmel. In the case of five pictures in private hands (including works by Pissarro, Renoir and Gauguin), agreements have been reached. Claims have also been made against Dutch museums for other pictures, and the country’s Restitutions Committee recommended a return in two cases: a work by Maerten Fransz van der Hulst at the Groninger Museum and a work by Thomas de Keyser in the Dutch national collection on loan to the Museum Gouda.

Head of a Man first appeared with a Berlin dealer in 1928 and until 2006 it was almost universally accepted as a Van Gogh and was valued at more than A$5m ($4.43m). Although there were various theories on possible sitters, it was then believed to have been painted in Paris in the mid-1880s.

After questions were raised in 2006, the picture was sent to the Van Gogh Museum in Amsterdam for investigation. Although the full report has not been released, their specialists concluded that it “cannot be attributed to Van Gogh”, based mainly on style and a technical examination. The National Gallery of Victoria’s 2007 statement explained that the portrait appeared to be by “an artist working at the same time as Van Gogh, possibly in Paris, and that the work’s style was influenced by the same artists who also influenced Van Gogh”. It now attributes the picture to a “highly skilled” anonymous Dutch or French artist.

Earlier this month, the Melbourne gallery issued a further statement saying that “researchers in Australia and internationally continue to hold a variety of views about the work’s attribution, which is the subject of ongoing scholarly investigation and debate”. Walter Feilchenfeldt, the Zurich-based author of the new catalogue Vincent van Gogh: The Years in France, Complete Paintings 1886-1890, includes the Melbourne portrait as authentic and dates it to the winter of 1886-87.

Semmel’s heirs are calling for the restitution regardless of the attribution and value. The Melbourne gallery is seeking advice from the Victorian Government Solicitor’s Office on handling the claim.