For the first time, the entire list of 16,558 works of Entartete Kunst will be readily searchable 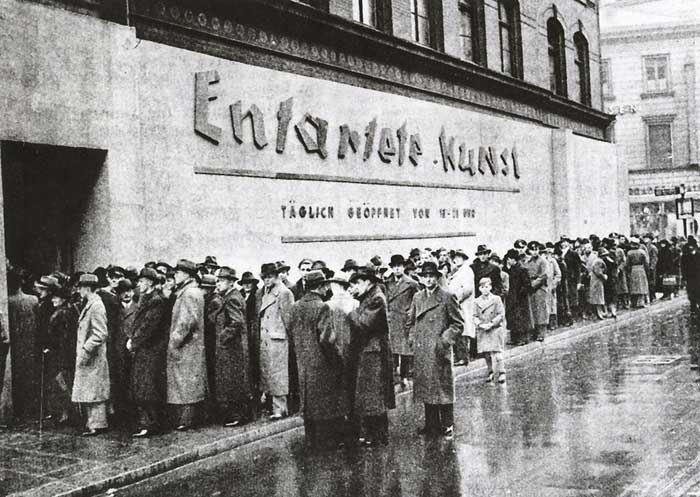 Crowds lined up to visit and exhibition of Entartete Kunst ("degenerate art") at the Schulausstellungsgebaude, Hamburg, in 1938

The Victoria and Albert Museum (V&A) in London is to publish online the only surviving full copy of the Nazi list of “degenerate art”—the Modern art, particularly Expressionism, that Hitler despised. The typescript inventory of 16,558 works that were deaccessioned by German museums as Entartete Kunst in 1937-38 was meticulously compiled at the height of the Second World War.

Produced by the Reich Ministry for Public Enlightenment and Propaganda in 1941-42, the list was split into two volumes, covering cities in alphabetical order from Aachen to Zwickau. Two copies of the first volume (A-G) survive in Berlin archives, but the second volume (G-Z) was assumed lost. In 1996, the widow of the London art dealer Heinrich Fischer unexpectedly donated a copy to the V&A’s National Art Library. It remains a mystery where Fischer, who fled from Vienna in 1939, obtained his copy.

Although the V&A’s typescript has been available to specialists in xeroxed and microfilmed form, there has been surprisingly little research into this key document.

Martin Roth, the V&A’s director, learned about the existence of the inventory last year and has pressed for it to be scanned and available on the museum’s website. Born in Stuttgart, Roth served as the director general of the Dresden State Art Collections before coming to London in 2011. He regards the V&A’s document as an “invaluable resource that should be made available internationally”.

The V&A’s decision to publish the list is especially timely since the emergence last November of a cache of such works in Munich. Of the more than 1,400 works of art found in the apartment of Cornelius Gurlitt, the son of the dealer Hildebrand Gurlitt, a substantial number appear to be “degenerate art” that had been deaccessioned under the Nazis. Intensive research into the collection is now underway.

The V&A list is due to go online by early February. The inventory identifies most of the buyers of the works and often includes prices. It also records—with an “X”—works that were simply destroyed. Up to 5,000 paintings, drawings and prints are believed to have been burnt in the courtyard of Berlin’s main fire station in 1939.

The web edition will make the 480-page inventory readily searchable for the first time. Our initial examination suggests that Hildebrand Gurlitt is recorded as a buyer on half of the pages, usually multiple times.

Legally, the deaccessioning of art by German museums in 1937-38 was done under the laws of the time. For the most part, museums and the German authorities accept this situation and it would therefore be difficult to make a restitution claim for “degenerate art”. Nevertheless, it is important to understand what was lost from Germany’s museums and to trace the provenance of works that were sold off. 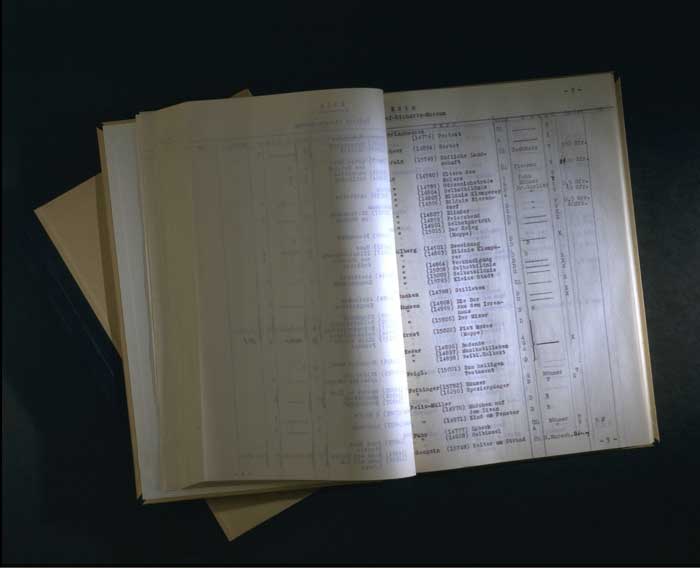 Produced by the Reich Ministry for Public Enlightenment and Propaganda in 1941-42, the list was split into two volumes, covering cities in alphabetical order from Aachen to Zwickau