BERLIN—Germany's new pledge to be more transparent and efficient in restituting art taken from Jews during the Nazi era faces its first test next week. 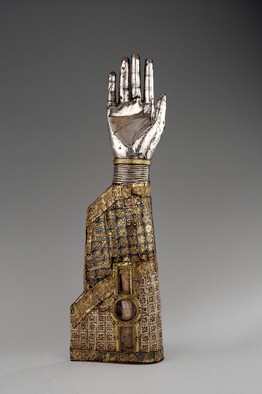 BPK/Kunstgewerbemuseum, SMB
This relic from St. Laurence is part of the disputed Guelph collection.

The panel that mediates on disputed art held by Germany's museums will hear a claim on Wednesday from three Jewish families alleging that the Nazis coerced their ancestors to sell the nation's largest collection of medieval Christian artifacts, known as the Guelph collection, in 1935. 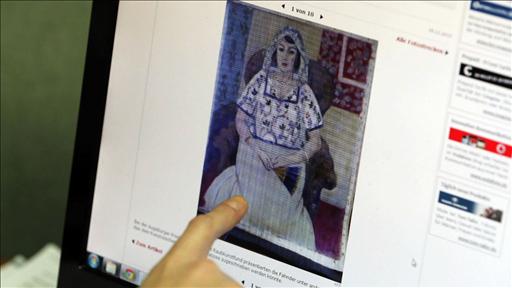 Germany's new pledge to be more transparent and efficient in restituting art taken from Jews during the Nazi era faces its first test next week. Mary Lane reports. Photo: AP.

The Guelph case is the first to go before the panel after the disclosure in November that Bavarian state officials broke international norms on art restitution by hiding the discovery of 1,400 artworks found in the apartment of Cornelius Gurlitt, an elderly Munich man whose father was an art dealer for Hitler.

The Gurlitt case sparked an international uproar and led to Germany's pledge to overhaul the eight-person state panel, the Limbach Commission, which art experts have criticized for being bureaucratic and opaque.

Wednesday's claim isn't directly tied to Mr. Gurlitt's case. But both the U.S. and Israeli governments say they see it as a test of Germany's art-restitution system and are separately raising pressure on Germany to prove its system works.

The move was unprecedented for Israel. The nation has refrained from commenting publicly or even behind the scenes about specific restitution cases going before the Limbach Commission, Israeli officials said.

"I suggest we continue our constructive dialogue regarding this key subject," Ms. Livnat wrote.

One Israeli government official said Israeli diplomats have expressed frustration to Germany that the country's museums refuse to use technology "like the Internet" to put their records and collections online to aid in restitution. Unlike American and British museums, German museums haven't put their collections and records on external servers, if digitalized at all, citing budget constraints.

U.S. State Department officials traveled last month to Berlin to meet with German officials about the Gurlitt case. They didn't discuss the Guelph collection, a U.S. official said, because they didn't have sufficient details. But U.S. officials are planning a second meeting in Berlin for mid-February and might raise the case then if what they perceive as sufficient progress hasn't been made, the official said.

The State of Prussia purchased the 42 works in the Guelph treasure, also known as the "Welfenschatz," in 1935 from three Jewish art dealers, said Mel Urbach, an attorney arguing the claim for the descendants of the three dealers. One of the dealers had already fled to Amsterdam after being warned by a non-Jewish friend of Hitler's escalating plans for violence against Jews, Mr. Urbach said.

The collection is mainly comprised of Christian artifacts, including the arm of St. Laurence encrusted in gold and silver, and various other religious icons made of silver, gold, pearls and jewels. The market price is unclear but experts consider it to be one of the finest collections of medieval artifacts in the world.

German law deems any sale of a work by Jews after January 1933 to be under duress, but exceptions are made if the current owners can prove both that they paid a fair-market price and that the purchase wasn't influenced by the Nazis.

Prussia paid 4.25 million Reich marks for the collection, a slight loss on the purchase price from 1929. Hermann Parzinger, president of the Prussian Cultural Heritage Foundation, which now manages the collection, said in an interview that the sale was a consensual transaction between three experienced art dealers accustomed to selling off work.

The families sees it otherwise, saying their brethren feared repercussions if they didn't agree to a sale.

"This was far more than a routine business deal. Our family often talked about these works after the war and we held on to photos from family members with the treasures," said Alan Philipp, 70 years old, whose grandfather Zacharias Hackenbroch led the negotiations.

Mr. Urbach cites a 1937 authorized biography of Göring as well as other historical documents claiming that the Nazi leader spearheaded the acquisition.

The ownership of the works confiscated from Mr. Gurlitt, up to 500 of which the German government said could have been stolen or looted from Jews, will be evaluated by a separate task force.

The outcome of the Guelph claim and the speed of its resolution could have a big impact on cases against Mr. Gurlitt and influence other museums in Germany to agree to go before the Limbach Commission, say U.S. and Israeli officials.

Germany's restitution process has been criticized because museums cannot be compelled to come before the commission. Austria, by contrast, can order its museums to do so and has ruled on 300 cases since its commission was founded in 1998. The Limbach Commission has ruled on seven since 2003.

"A speedy decision by Limbach in the Guelph case could set a better tone for Germany going forward," Mr. Urbach said.