The hunt for stolen art

IN A room in the ministry of foreign affairs, Poland’s foreign minister, Radoslaw Sikorski, presented on January 8th a collection of 80 stunning paintings and drawings. Stolen by Nazi forces from the capital’s national museum in 1944 in the aftermath of the Warsaw uprising, they were returned to Agnieska Morawinska, the national museum’s current director.

The collection, which features paintings and drawings by Alfred Schouppé and Ignacy Lopienski, two Polish artists, also includes an original illustration from 1617 depicting Warsaw from the east side of the Vistula. The Polish embassy in Vienna had been alerted to the existence of the collection by Bertrand Perz, an Austrian art historian. It appears that the collection had been stored in Fischhorn, an Austrian castle, until the end of the war, at which point it somehow fell into the private ownership of a resident in a nearby town. According to the foreign ministry, the Austrian collector, who returned the works, wishes to remain anonymous.

Lopienski’s portraits, a collection of delicate portraits of well-known personalities from Warsaw’s pre-war bohemian art scene, were part an exhibition that was due to take place in September 1939 at the national museum. Hitler’s invasion of Poland intervened and the public never saw this collection

“Most of his legacy is gone,” says Wojciech Lipczuk, the husband of Lopienski’s great-granddaughter. Lopienski’s apartment, which contained much of his art, had been looted and blown up in the aftermath of the Warsaw uprising. The artist died of poor health one day before the outbreak of the uprising.

Speaking at the ceremony, Mr Sikorski emphasised that the government had not paid for the return of the paintings. This is official government policy as it views the paintings as belonging to the Polish state. Mr Sikorski’s ministry maintains an inventory of approximately 60,000 works of art, listed as stolen from Poland by Nazi forces during the second world war. And this figure could be only the tip of the iceberg. Immediately after the war, Polish authorities estimated that roughly half a million works of art had been stolen or destroyed. According to a recent article in Wprost, a weekly, the 124 most sought-after stolen Polish art pieces are worth somewhere in the region of $200m.

The gargantuan task of finding all of this missing art belongs to Wojciech Kowalski, who leads the small two-person property restoration unit within the foreign ministry. He and Monika Kuhnke, who work with Polish diplomatic missions abroad in an effort to locate and identify stolen items, have overseen the repatriation of over 600 works of art since the unit was first established in 1998.

Mr Kowalski says that negotiations over the return of stolen Polish artwork can take up to four years. “There is no exact method. We receive information from collectors, auction houses, and sometimes our diplomatic service,” says Mr Kowalski, adding that looted Polish art has been found as far away as Argentina in recent years. 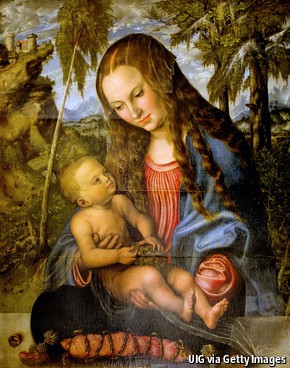 The unit’s most prominent find came in 2012 when it oversaw the return of the 'Madonna Under Fir Trees', (pictured) a 16thcentury oil painting by Lucas Cranach. The painting had been removed from Wroclaw Cathedral in 1946 by a priest who took it to Germany after the post-war redrawing of Poland and Germany’s borders.

In March 2012  the archbishop of St Gallen in Switzerland contacted the archdiocese of Wroclaw to say that he had the painting in his possession. He had received the painting from the elderly priest before his death, with the wish that it be “used for the benefit of the Church”. The elderly priest had attempted on a number of occasions to sell the painting previously but was unable to offload it due to its sheer fame. The Madonna is now back in a Wroclaw museum, a stone’s throw away from the cathedral where it resided almost 70 years ago.

During the second world war, Nazi Germany maintained over 500 storage depots, hoarding stolen art from all over occupied Europe. Even so, not all of the missing Polish art was transported across the Oder by retreating Nazi forces. Soviet authorities also removed a large haul of Polish art in 1945 and 1946. And although Moscow returned large amounts of art to Poland in 1956, a lot of the masterpiece hauled off east was never seen again. Mr Kowalski says that gaining access to Russian archives that might shed light on the fate of such works remains “difficult”.

The painting that the restoration unit would most like to find remains Raphael's 1513 'Portrait of a Young Man' (once part of the pre-war Czartoryski family collection in Krakow), taken by Hans Frank, governor-general of occupied Poland, to decorate his wartime residence at Krakow’s Wawel royal castle.

The search for the ‘Portrait of a Young Man’ has even become the subject of a recent best-selling novel entitled ‘Priceless’ by Zygmunt Miloszewski, in which a Polish diplomat wrangles with international crime figures to retrieve the priceless painting.

Reluctant to mention any possible leads on the actual search for Raphael’s famed missing work, Mr Kowalski remains confident that the painting “will surface sooner or later somewhere in the world”.